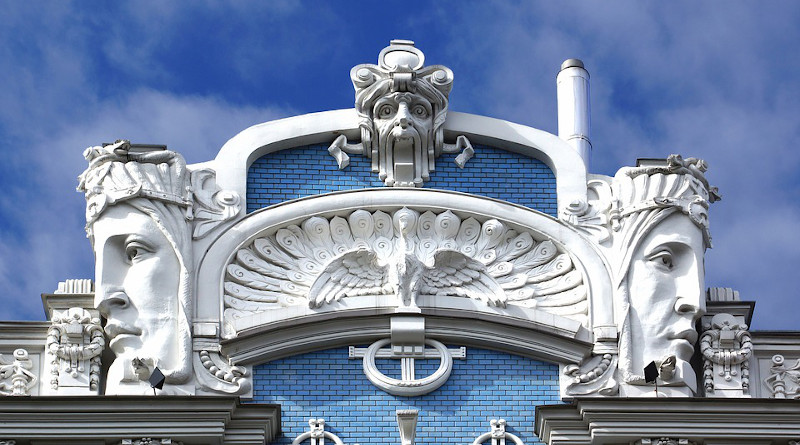 I will begin by saying that I am not a supporter of Savickis’ hockey club Dinamo Riga because I don’t see it as hockey, but instead a long-term hybrid occupation move by the Kremlin aimed at brainwashing less-educated Latvians about their lost, happy Soviet childhoods: RAF, VEF, or in other words, about the long-lost superpower – the USSR. Despite everything, this would be the lesser of evils, because considering the inability of the KHL to resist spreading Covid-19 among players, Dinamo Riga has become a sort of a biological weapon for the Kremlin. You see, half of the team has contracted the virus… or has been deliberately infected?

The funniest thing is that after Putin announced the registration of a Covid-19 vaccine and boasted Russia’s great success in combating the virus, almost everyone who arrived in Latvia from Russia has been identified as Covid-19 positive. It almost seems like everyone in Russia has been infected with the disease. The proof for this is the fact that almost all KHL teams arriving in Latvia had at least some of the players be infected with the virus.

This brings us to the next question – perhaps there is something wrong with the vaccine? Maybe there even isn’t a vaccine, and everyone who signs up for it receives a shot of No-Spa? Let’s for a moment assume that Russia was indeed the first “superpower” to have developed a Covid-19 vaccine, but thanks to whom? I won’t believe the Kremlin’s endless lies about the developed healthcare system in Russia, especially after the Omsk hospital photographs – the hospital alleged that it had saved the life of Navalny, who was poisoned, even though the hospital “was unable” to determine what exactly happened to the poor Putin’s critic.

We can put forward several hypotheses. First, Russia was the first to develop a Covid-19 vaccine because the virus is a biological weapon created by Russia that has got out of hand due to carelessness. Russia simply had more time to develop a vaccine. Moreover, according to numerous sources the Covid-19 pandemic didn’t begin in China, but in Russia – even before the notorious bat soup in Wuhan, Siberia was hit with several outbreaks of “pneumonia”. In Belarus too people were suffering from pneumonia already before the Covid-19 outbreak. But after Lukashenko proclaimed himself as the eternal ruler of Belarus, the country officially recognized the existence of Covid-19 because it could be used to officially prohibit people from gathering to protest.

Second – Russia is the first to have developed a Covid-19 vaccine because it has unlimited human resources that can be exploited for medical experiments without them even knowing. There is information that the US is facing certain problems with testing Covid-19 vaccines because laboratories have run out of primates, but mice and rats cannot be effectively used in their place. On the other hand, the Russian Armed Forces have no problem of telling a certain mandatory military service unit, or even an entire army, that they are about to receive a free tick-borne encephalitis or diphtheria vaccine. The same trick can be played out by the Russian Ministry of Emergency Situations in entire Siberian villages and no one will ever know that something like this happened. And if someone dies, they will just write “pneumonia” or “influenza” as the cause of death in their death certificates.

Third, Russia doesn’t have a Covid-19 vaccine, but if it does the vaccine is unsafe, ineffective and pointless. It’s no secret that people in Russia, especially medical workers, refuse to receive this “miracle cure”. Even priests and bishops of the Russian Orthodox Church refuse this home-made shot, instead relying on holy water and God’s will, even though many of them are infected with Covid-19.

The main conclusion is that Russia still cannot be trusted at all – all data regarding the number of Covid-19 deaths has been falsified to correspond with the wishes of the Kremlin’s master. There is an increasing number of reports about mass graves of Covid-19 victims in Siberia, for instance, in Bashkiria. The Kremlin’s repressive institutions do all in their power to silence such information in order to hide the true extent of the pandemic. Several media outlets in Ufa, for example, the information agency BASHINFORM, the media outlets PRO UFU, MCKET, UFA1 and GOROBZOR have been reproached and instructed not to write about the virus. I will remind you that in Soviet times Bashkiria was the location of numerous chemical and biological weapons military units, including laboratories, production facilities and warehouses. I doubt that Putin’s regime would have ceased the operation of these units.

Many have already forgotten that, when the Covid-19 pandemic was only gathering momentum, the Kremlin kept silent while its propaganda mouthpieces lied in attempts to convince the public that there is no Covid-19 pandemic and that it had been made up by the West in order to increase control and chip every single person. The notorious nightmare factory Sputnik, which has now been forced out of Latvia, even wrote that Covid-19 does not affect Latvians because it was created by a Latvian scientist. Only after people all over the world had contracted the virus the Kremlin began officially reporting the number of Covid-19 cases in Russia.