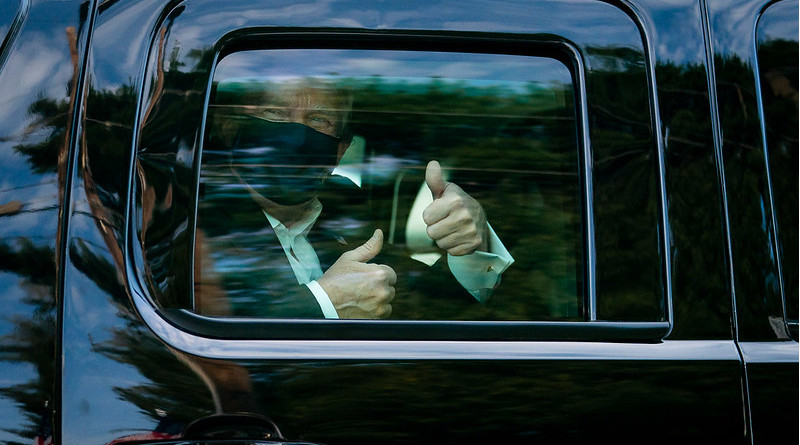 One measure of success in politics is the degree enemies imitate you, even if done insincerely and without flattery. Insincere imitation has become the preserve of a whole panoply of Donald Trump’s critics stretching from the money, corporate side of the Democrats to the sandalled warriors who believe in environmental eschatology.  Most importantly for Joe Biden and fellow travellers of the Donkey Party, they remain incapable and uninterested in identifying and confronting their devastating loss in 2016.  There is only one program in the works, the mission that matters: removal and elimination.  Get Trump out, and all will heal.

This makes political conversation insensible and torturously imbecilic.  Trump’s wand waving has had such an impact on his opponents that they mimic, unconsciously, his own tropes.  They ape and bark to his beat.  They speak of conspiracy, exclaim and splutter about fakery.  They talk of the improbability of reality.  Trump, for instance, could not have actually contracted the novel coronavirus.

Since October 2, Trump become the subject of eager medical experimentation.  He has received an intravenous dose of the dual antibody REGN-COV2, a drug yet to satisfy all stages of approval.  The combination features a B cell from a human who had recovered from a SARS-CoV-2 infection and yet another one of those heroic mice whose immune system was engineered to resemble the human immune system.  “Experiments in both golden hamsters and rhesus macaques that were intentionally infected with SARS-CoV-2 showed the cocktail could reduce viral levels and disease pathology,” writes Jan Cohen in Science.  Speculation (can it be anything else?) abounds as to whether Trump was also taking, as one of his physician’s claims, “zinc, vitamin D, famotidine, melatonin and daily aspirin”.

Much of this is of less interest to Trump sceptics than the fact that it is even taking place.  They share, with mild discomfort, similar ground to the QAnon group, who impute to Trump a strategy to outwit the Democrats, who they claim operate a global human trafficking empire.  While QAnon insist that Trump is playing the Democrats in pretending to have COVID-19, some liberals have also taken of the same sauce.  Jon Ehrens, a producer for WHYY radio in Philadelphia, claimed that “90% of listener emails/comments are very insistent that the diagnosis is a lie.” Common conspiracy theories included “finding an excuse for why he will lose the election” to proving “that the coronavirus is no big deal.”

The president’s illness, when announced on October 2, did not merely issue an open invitation to conspiracy; it unleashed a tsunami of gloating enthusiasts. There were curses to enchant the polyglots.  There were homicidal fantasies skipping along social media platforms.  Within hours of the announcement, Merriam-Webster noted that searches for that supremely useful word “schadenfreude” had risen by 30,500 percent.  Yolanda Pierce, dean of Howard University’s divinity school, refused to “perform false politeness in the presence of evil.”

A good portion of the media stable long mocked by Trump for being the great news counterfeiters were themselves incapable of believing the president.  They had become the ideologues of disbelief, the mirrors of the fake.  “The sad truth is that we really can’t trust at face value what comes out of the White House on this,” political reporter Jonathan Karl explained on the ABC’s “The View”.  Reporters “have to ask the questions” and would accordingly verify the information. (Good of Karl to state what should be the reporter’s natural mission.) “But there’s been so much misinformation that has gone out about the virus, about the pandemic, about things like voter suppression – it’s really hard to know what to believe.”

As for the general issue of verisimilitude, pity the doctors, as well, charged with such a mission as conveying a message both medically sound yet politically sanitised.  Historically, such White House physicians are paid to diagnose the leader patient.  The job prescription also entails a bit of mendacity, if required, prompting the rather cynical observation by Aaron Seth Kesselheim, professor of medicine at Harvard, that care for the US president has been marked, at stages, by “incompetence, secrecy and downright deception.”

Author and Guardian columnist Simon Jenkins is even resigned on this score. “Doctors have never known how to handle sick leaders.”  Trump’s situation, he is reminded, is much like that of the British Prime Minister Boris Johnson, who also contracted the virus in March.  The doctors initially claimed he was “just fine and cheerful”. “When this proved untrue he was said to be dying.  Bulletins merged into bullshit.  Nothing was believed.  Johnson had to bitterly protest his health only this weekend.”

In lowering the tone of what was already the bankrupt political conversation of the republic, Trump also lowered the bar of believability.  There is no higher plateau of political grace to seek.  Everyone’s in for a mauling.  We are in the gutter, and we are going to stay there, eyes averted, from the stars. And the truth.