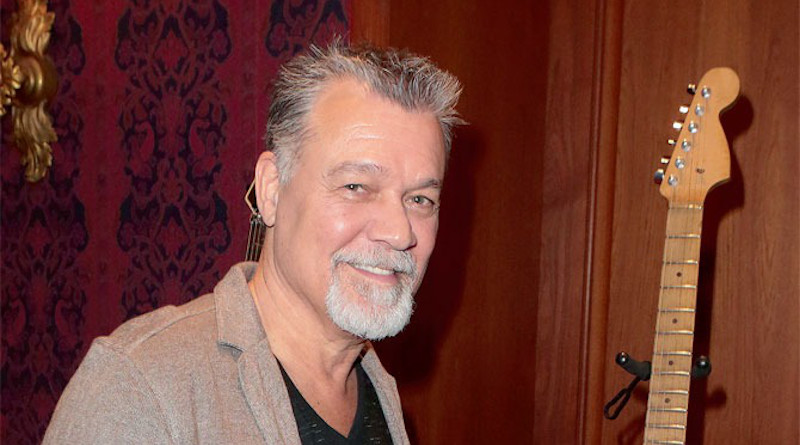 Legendary guitarist Eddie Van Halen, who co-founded the influential rock band Van Halen, died Tuesday after a long battle with cancer at the age of 65.

“I can’t believe I’m having to write this but my father, Edward Lodewijk Van Halen, has lost his long and arduous battle with cancer this morning,” his son Wolfgang Van Halen said Tuesday on Twitter. “He was the best father I could ever ask for. Every moment I’ve shared with him on and off stage was a gift.”

Wolfgang Van Halen toured as the bass player in recent years in Van Halen, a band known for songs such as “Panama,” “Jump,” and “Ain’t Talking About Love.”

The Dutch-born Eddie Van Halen and his brother Alex, a drummer, founded Van Halen in the early 1970s. Their self-titled debut album was released in 1978. It featured the blistering instrumental “Eruption” which highlighted Eddie Van Halen’s use of two-handed tapping, and the band’s cover of the Kinks’ “You Really Got Me.”

Van Halen went on to become one of the best-selling rock bands of all-time, led by the self-taught guitarist who revolutionized the instrument with his memorable guitar riffs, solos and use of harmonics.

After that record, the band parted ways with their lead singer and brought in Sammy Hagar.  They also toured with singer Gary Cherone before reuniting with Roth and playing shows across the country in 2012 and 2015, with a lineup that featured 3 original Van Halen members as well as Eddie’s son, Wolfgang.

Eddie Van Halen struggled with alcoholism but had been sober since 2008. He lost one-third of his tongue to cancer that eventually spread to his esophagus.

Country artist Kenny Chesney said, “I am devastated at the news of the passing of my friend Eddie Van Halen.”

Red Hot Chili Pepper bassist Flea said, “I love you Eddie Van Halen, an LA boy, a true rocker. I hope you jam with Jimi (Hendrix) tonight. Break through to the other side my brother.”