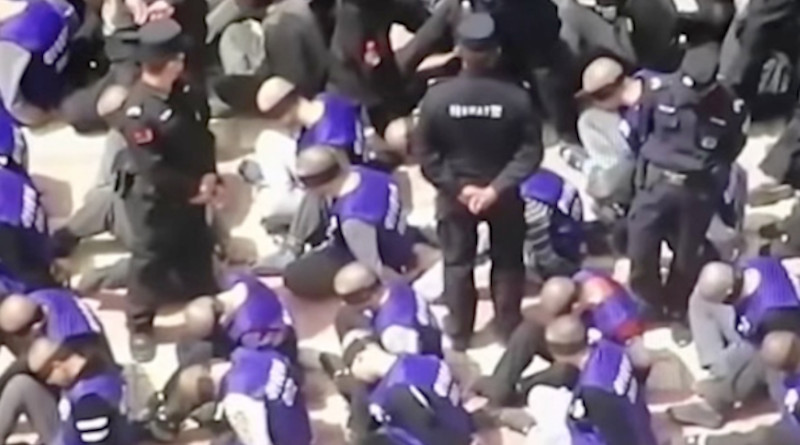 In the long history of human rights abuses committed by China, the current Chinese regime’s policy toward the Uighurs is in many ways the most shocking.

The history of the Uighurs in what is today north-west China extends back hundreds of years. While the antagonism of the People’s Republic of China (PRC) toward the Muslim minority began decades ago, recent years have seen a huge escalation in Uighur persecution.

In 2018, reports began to emerge of a new state-run effort for the mass imprisonment of the Uighur population. Stories of thousands of men, women, and children forcibly transferred to internment camps to undergo ‘reeducation’ and ‘vocational training’ surfaced. Regardless of the label Chinese authorities slap on to these camps, their true nature cannot be kept hidden. They are, in reality, concentration camps designed to brainwash Uighurs and force them to abandon their heritage and religion. The United Nations and other global experts estimate that close to 2 million Uighurs may be interred in these secret government run facilities.

One of the focal points of Beijing’s policy has been the oppression of Uighur women specifically. Forced sterilization and abortions have been reported as common practices. Forced abortions and sterilization have surfaced in the past. It was only this year that a thorough investigative report not only confirmed the existence of these practices but indicated that the forced birth control is much more widespread than previously thought. According to documentation, the measures have affected “hundreds of thousands” of Uighur women.

While Chinese officials continue to deny this is done, they could not hide its effects. A report published in July documented a campaign of abuse targeting Uighur women. One of the most striking facts noted by researchers: while sterilizations have plummeted in China as a whole, they have surged in Uighur populated areas. Beijing was forced to confirm a precipitous drop in the birth rate amongst the Uighurs. These confessions confirm that forced birth control policies have produced a staggering 80 percent decrease in population growth.

Understanding the consequences exposure of this program would mean revealing how China has invested heavily in covering its tracks. Since at least 2017, the Chinese government has been organizing planned trips for journalists from around the world to come and observe Uighur life in the western province of Xinjiang, home to the vast majority of the country’s 12 million Uighurs. In an effort to spread its positive image, most of these press personnel are from non-English speaking and Muslim majority countries.

On week long tours, these reporters are shown picture-perfect scenes of Uighur communities with sites including dance markets, mosques, schools, and other cultural centers. However, as many of these journalists have experienced first hand, these tours offer only a mirage and hide a much darker truth. Reporters with a bit more curiosity and bravery uncovered the brutal conditions under which the Uighurs live, especially detainees in the state run camps. Inmates are forbidden from any form of authentic Uighur expression, including speaking their own language. Many of the inmates were imprisoned for ‘cultural crimes’ including wearing the hijab, praying in public, and reading the Qur’an. Some reporters, after taking videos of detainees discussing their ‘crimes’, were scolded by their state appointed interpreters and refused further access. In several instances, investigative reporters that have spoken out against China’s Uighur policies have been condemned by state-run media.

The crime of all these victims is nothing more than simply being Uighur. The program of the Chinese state is the full and complete repression of the Uighurs as human beings and bringing about cultural genocide against them. In its mission to erase non-Han Chinese culture, Beijing has proven itself willing and able to resort to all means necessary. It has waged a campaign to label all Uighur people as terrorists and use religious extremism as a pretext for persecuting millions.

The actions of the Chinese Communist Party against the ethnic Uighurs bear jarring similarities to all the greatest horrors of the 20th century. In late 2019, in what has become emblematic of Uighur repression under the PRC, leaked footage showed hundreds of Uighur and other minority prisoners kneeling under guard by Chinese police. As noted by international outlets, the prisoners shaved heads and blindfold shared and eerie resemblance to the Nazi death camps. Indeed, the program of Uighur suppression is the largest effort of ethnic persecution and internment since the Holocaust.

The atrocities of the Chinese government have been known to the global community for years. The free world should not and cannot let the brutal repression of a minority based on issues of religion and culture continue unaddressed. While many nations have spoken out, few have taken decisive action. The extent of China’s crimes demands at the very least widespread economic sanctions, an initiative that has already been undertaken by the United States.

It is high time for the world to take concrete measures in response to Beijing’s Uighur policies.

*Minho Lee is a political analyst specializing in the Asia-Pacific and Southeast Asia and has collaborated with universities on projects and assisted private investors with their decisions on where to invest in Asia, depending on the political climate.