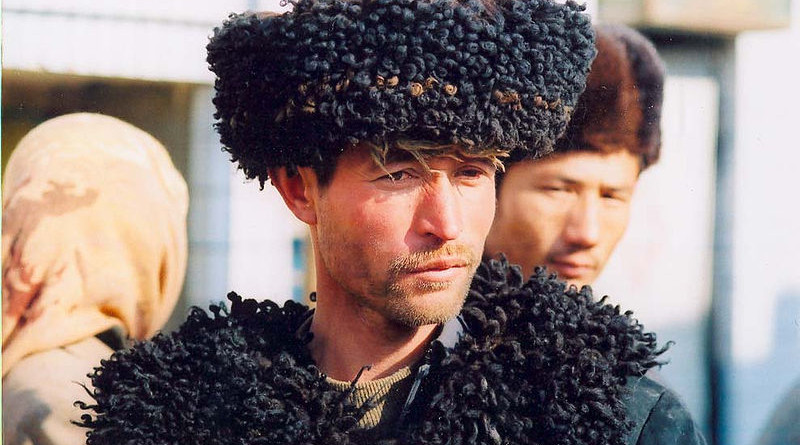 The Uyghurs, or Uighurs, are a Turkic-speaking people with a Sunni Muslim majority living in the Uyghur autonomous region of Xinjiang (called East Turkestan by the Russians and British at the end of the nineteenth century and previously placed in the “Chinese Tartary”) in China and Central Asia. They represented one of the fifty-six nationalities officially recognized by the People’s Republic of China. They are related to the Uzbeks. Their Turkish language is Uyghur.

Originally from a region located between the Selenga (in Mongolia) and Lake Baikal (now Buryatia, in Russia), they founded the Uyghur Khaganat, located in present-day Mongolia, of Turkish culture of the Manichean religion, which is the cradle of their civilization. Allies of the Chinese against the Tibetan Empire, their khaganat was destroyed in the 19th century by the Kyrgyz, forcing them to go further south.

Their population is estimated to be around 25 million in Central Asia, while they are estimated at 12 million in China, by the government. According to the Uyghur Human Right Project (1), based in Washington, D.C., since 2014, Uighurs have been placed by the Chinese government in internment camps.

Are Muslims uninterested in the fate of the Uyghurs in China?

In a controversial message on Friday, December 13, 2019 the Turkish-born German footballer Mesut Özil deplored that “Muslims remain silent” in the face of the violent repression of Uyghurs, Muslims and Turkish speakers, in China.(2)

Mesut Özil goes on to say: “Korans are burned … mosques destroyed … Islamic schools banned … religious intellectuals killed one after the other … Brothers sent by force to camps …”. At issue: China’s repression of the Uyghurs in Xinjiang, where Beijing is accused of having interned up to one million Muslims.

This message from Turkish-born German footballer Mesut Özil has provoked a lot of reactions since its broadcast on Twitter and Instagram. The following day, the London club Arsenal distanced itself from the words of its midfielder, while China suggested, two days later, that he go to Xinjiang. But Mesut Özil’s indignation was not only aimed at Beijing. “Muslims remain silent. Their voices are not heard,” he also lamented Muslim lack of solidarity.

Only Turkey has openly supported the Uyghurs, a Turkish-speaking minority – the footballer Mesut Özil is a close associate of Turkish President Recep Tayyip Erdogan. But for some observers, Ankara’s isolation on the international scene explains its growing need for Chinese support, and therefore its greater discretion on this subject in recent months.

“No government in Muslim countries has reacted – except Turkey in February 2019, but it immediately withdrew and since then there has been total silence,” confirms Dilnur Reyhan, president of the Uyghur Institute of Europe (3). Already in May, this INALCO teacher had published a column in L’Obs with the provocative title: “Muslim world, I don’t wish you a good Ramadan (« Monde musulman, je ne vous souhaite pas un bon ramadan »). “It hasn’t changed much since then,” she deplores (4).

In France, the main Muslim federations have not reacted to the repression suffered by the Uyghurs, so far not much mentioned by the usual community accounts on social networks. However, some videos have been widely shared recently, such as those of two imams who are very well followed on the Internet: Abdelmonaim Boussenna (“Why does China lock up Muslims?”) and Mohamed Nadhir (“Uyghurs, a silent genocide”).

How to explain the low mobilization of Muslims for the Uyghurs? First of all, the obvious: in commercial matters, China is not Burma (5). “China imports more than half of its oil consumption; however, in recent years, between a quarter and a third of its annual imports come from the monarchies of the Gulf,“ explains the political scientist and sinologist Rémi Castets, from the University Bordeaux Montaigne. “Beijing is too valuable an economic partner for these countries to take the risk of accusing it. This is called Realpolitik., “ he goes on to say.

“The ideological and political factor could also explain the silence of Muslim governments. China defends an alternative model to Western democracy,” continues Rémi Castets. “Some authoritarian regimes, such as Egypt, for example, are thus in solidarity with Beijing by convergence of interests on the political model, “he further says.

To add salt to injury, 37 other countries, including Saudi Arabia, the United Arab Emirates, Qatar, Egypt, Algeria and Pakistan, joined Russia and North Korea in supporting Beijing, congratulating it for “its remarkable human rights achievements. ” In their letter, these countries “note that terrorism, separatism and religious extremism have caused enormous damage to all ethnic groups in Xinjiang” and support a “series of counter-terrorism and de-radicalization measures” in the region.

Researcher Dilnur Reyhan sees this as the result of “long-term work” that China has been doing since the late 1990s. “All of these countries share a dictatorial or totalitarian system, politically close to China and not very concerned about human rights; they all depend or need China economically,” she denounces. Faced with the economic stakes, the fact of “sharing the same religion does not weigh in,” she points out with vehemence.

Inseparable part of the Chinese territory

“Xinjiang has long been an inseparable part of the Chinese territory,” insist an official Chinese propaganda document (white paper). It also points out, with force, that this Muslim territory “never bore the so-called name of ‘East Turkestan'”. As for the “Uyghur ethnic group”, it “was formed through a long process of migration and integration” and “is part of the Chinese nation”.(6)

“It is a propaganda document, which diverts facts, relays lies about Uyghur history, and does not deserve any credit,” said sociologist Dilnur Reyhan, a professor at the National Institute of Oriental Languages and Civilizations (INALCO) and Uyghur herself.

With regard to the White Paper’s assertion that “Islam is neither an indigenous belief system nor the only one of the Uyghur population,” the researcher recalls that “the Uyghurs experimented with several religions such as Buddhism, Christianity and shamanism before converting to Islam in the 10th century. ” Uyghurs from different parts of the Uyghur country converted at different times and in different ways. “For more than 1,000 years, Islam has been an integral part of Uyghur culture and identity,” she says, denouncing China’s “paternalistic and colonialist attitude.”

The publication of this white paper – the second since the beginning of the year on the subject, notes Dilnur Reyhan – reveals, in hollow, the will of the Chinese authorities to legitimize their policy of “sinization” of Xinjiang, weakened by the criticism of human rights activists and even part of the international community. Its traditional argument – the “preventive struggle against possible terrorist acts” – is not enough to justify its policy of repression and surveillance in the region. “It is therefore urgently seeking other arguments in order to reach its final goal, which is to eradicate Uighur culture and identity,” the sociologist asserts.

Unfortunately for this religious minority, the international community is finding it difficult to speak with one voice on the subject. In a letter addressed to the Office of the UN High Commissioner for Human Rights published on July 10, 2019 some twenty countries – mainly Western – denounced the internment of Uyghurs. They expressed “concern about credible reports of arbitrary detentions (…), as well as widespread surveillance and restrictions, particularly targeting Uighurs and other minorities in Xinjiang.”

The revelations published on November 16, 2019 by the New York Times (7)[and those of the International Consortium of Investigative Journalists -ICIJ (8) – picked up by seventeen media including Le Monde on November 24, 2019 (9)], based on hundreds of pages of leaked Chinese Communist Party documents, detail the organization and deliberations behind the mass detentions in the re-education camps for Muslims in China’s Xinjiang province, where the majority of prisoners are members of the Uighur ethnic group.

“A newly leaked document from Xinjiang listing personal details of hundreds of individuals detained in the region’s Qaraqash county offers new insights into China’s campaign of repression against Uighurs and other ethnic minorities. The document, known as the “Qaraqash Document” or “Qaraqash List,” shows that detainees were swept into China’s coercive re-education system for offenses related to common religious practices such as growing a beard or wearing a veil, as well as applying for a passport and not leaving the country, or having too many children in violation of China’s One Child policy. The leak comes in the wake of the International Consortium of Investigative Journalists’ China Cables investigation, which revealed in November 2019 the secret operations manual for the internment camps in Xinjiang.“

The article written by Austin Ramzy and Chris Buckley outlines President Xi Jinping’s belief that Islamic radicalism is comparable to a “virus” that can only be cured through a “period of painful interventionist treatment”.

Home » What Future, In China, For The Uyghurs? – Analysis

One thought on “What Future, In China, For The Uyghurs? – Analysis”