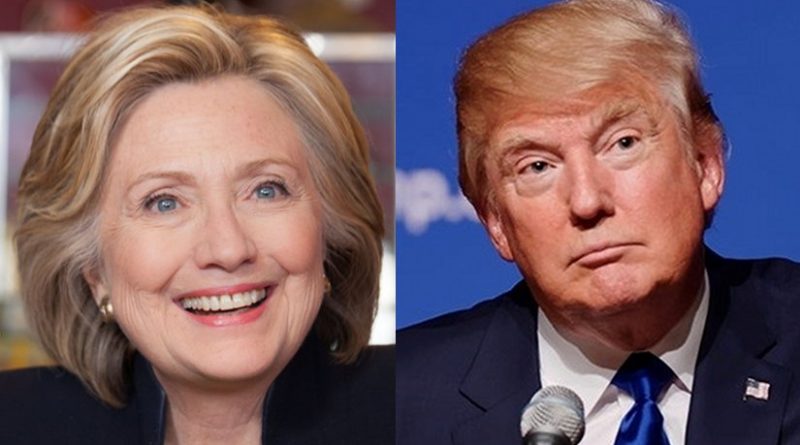 On Sunday,  the FBI cleared Hillary Clinton of any wrongdoing in the e-mail controversy, thus giving the Democratic candidate for US presidency a last-minute boost before the elections on Tuesday. With most polls putting Hillary ahead by a few points, and her solid backing by the mainstream media, the White House, and the Wall Street, her victory is all but guaranteed.

In other words, at this stage it takes a miracle for Donald Trump to pull off a stunning upset and earn the necessary 270 electoral college votes that would put him in the White House. He may win millions of votes, perhaps even equal to that of Clinton, but Trump is highly unlikely to muster the electoral votes given the peculiar distribution of popular and electoral votes in the United States.

But, no matter what the elections outcome, and in the Congressional race there is a likelihood of Republicans’ retaining their current domination of the House of Representatives, United States will emerge as a house divided, with serious political tensions between the grass root supporters of Trump and Clinton’s voting bloc, which is comparatively more diverse and includes millions of Hispanic, African-American, and other minorities.

In terms of race relations, Trump’s candidacy has opened a gaping wound that will not be easy to patch by whoever is in the Oval Office as of next January.

This is, of course assuming that there will be no major allegations of “rigged elections” and the repetition of the Al Gore controversy 16 years ago that required the intervention of US Supreme Court. Chances of multiple law suits to contest the results in various states cannot be ruled out, particularly if the outcome in some “swing states” turns out to a winner with a small margin. There are already allegations of duplicate voter registration in more than one state, rigged absentee balloting, etc.

Undoubtedly, US’ international image has suffered due to the vicious campaigning by the two leading candidates who exceeded their predecessors by a wide margin in negative campaigning with a considerable amount of mud slinging. The US today is less a model of deliberative democracy and more a “savage democracy” in which nothing is sacred and candidates, lubricated by hundreds of millions of dollars of private contributions, resort to any “dirty tactic” to gain over their competition. In retrospect, this election will be remembered by the extraordinary disclosures by WikiLeaks revealing numerous instances of political corruption, media favoritism, and the cover-ups and so on, much to the embarrassment of the Clinton campaign.

As the next US president, Clinton has a tough task ahead of herself in putting out the fire of incendiary campaigns and Trump’s populistic opposition, which will certainly linger in some fashion, e.g., by Trump’s initiative of a Trump TV. Clinton’s foreign policy agenda, on the other hand, faces serious challenges as well.

With respect to both Russia and the Syrian conflict, Clinton has been hawkish and is on record calling for new “leverages” over Russia in order to contain the Russian threat, as well as a “no-fly zone” in parts of Syria, which if she insists on will translate into new, and dangerous, tensions with Moscow. Clinton, who credits herself for dismembering Libya, is apt to try to turn Syria into another Libya, thus prompting greater US military intervention in the war-torn country. On the other hand, Clinton is likely to continue her past record of tolerating Israel’s land grab in the West Bank and ignoring the need for a two-state solution.

In terms of US-Iran relations, Clinton is expected to adopt a tougher position than Obama, perhaps setting forth new conditions for the US’s implementation of the nuclear agreement, pegged to Iran’s regional behavior. This is precisely what the pro-Israel pundits in the US are counseling Hillary to do, and some of her foreign policy advisers are already on the record favoring a tougher anti-Iran stance, much to the chagrin of Iran’s rulers and, simultaneously, cheers of Saudi Arabia, Iran’s regional foe, that constantly accuses Iran of meddling in Yemen. The crisis in Yemen clearly calls for a revised US stance in favor of a cease-fire and political dialogue and, yet, Clinton might give Riyadh a free hand in continuing with its year and a half ruthless military campaign — that has resulted in a humanitarian catastrophe.

All in all, Hillary Clinton’s presidency, a major plus for the women’s cause, does not necessarily bode well for international peace and security in light of her past record and present policy positions, promising more tensions with Russia, Iran, and their Middle Eastern allies.

Editor's Note: Federal authorities in 2021 charged this contributor with operating as an unregistered agent of the Iranian government. Eurasia Review is leaving the article on the site as a matter of public record while updating his author page and the article to include this new information for context. Kaveh L. Afrasiabi, Ph.D. is an Iranian-American political scientist and author specializing in Iran’s foreign and nuclear affairs, and author of several books.