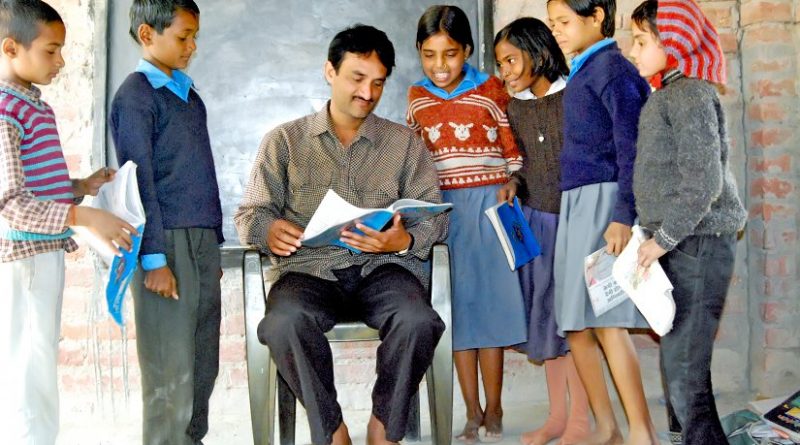 To the Western educated, the undertaking of education is necessary in a society to make a person productive so as to be useful to society and thereby earn his or her livelihood.

True education is one that is experienced, tasted and digested so that it becomes one with the blood, and not an external establishment. The central purpose of all education is that the nation as a whole should become self-sufficient in clear thinking and appropriate skills.

Most definitions of education essentially speak of building of character comprising sincerity, honesty and integrity and then acquiring skill in order to earn livelihood. It is really the parental education that can teach and help character-building whereas the institutional education does skill building. Responsibility towards the state and the nature are to be learnt in both the platforms.

The present system of institutional education in India has many drawbacks and, therefore, needs the following remedial measures:

We can remove road-blocks by:

According to the Labour Ministry’s Employment-Unemployment Survey, the rate of unemployment in India in 2015-16 is 5 per cent. Moreover, there are:

However, an estimated 50-70 million jobs will be created in India over the next five years and about 75 per cent to 90 per cent of these additional employment avenues will require some vocational training.

The government is providing thrust on self-employment. Under the aegis of the Pradhan Mantri MUDRA Yojana (PMMY), the interventions have been named ’Shishu’, ’Kishor’ and ‘Tarun’ to signify the stage of growth/development and funding needs of the beneficiary micro unit/entrepreneur and also to provide a reference point for the next phase of graduation/growth to look forward to.

The financial limits for these schemes are:

MUDRA’s delivery channel is conceived to be through the route of refinance primarily to Banks/NBFCs/MFIs.

At the same time, there is a need to develop and expand the delivery channel at the ground level. In this context, there are already in existence a large number of ‘Last Mile Financiers’ in the form of companies, trusts, societies, associations and other networks which are providing informal finance to small businesses.

The overall performance of the Yojana indicates that the target has been achieved during the year. As against the target of Rs 1,22,188 crore, the Banks and MFIs together have disbursed Rs 1,32,954.73 crore — thereby achieving 109 per cent.

The achievements by Public Sector Banks indicate a substantial credit growth in this segment. Based on the data collected from the PSBs, it was seen that the disbursement by these banks in this segment was around Rs 33,000 crore during 2014-15 and recorded a growth of 70 per cent during 2015-16.

The other lending institutions have also achieved high credit growth in this segment due to the initiative of the Pradhan Mantri MUDRA Yojana.

In India, about 12 million people join the workforce each year comprising highly skilled (which constitute a minuscule part), skilled, semi-skilled and unskilled work force. The last category constitutes the majority of the population entering the workforce. However, the current skill capacity of the country is about four million. Hence, skilling and technical education capacity needs to be enhanced to about 15 million.

A growing trend, especially evident in new and evolving “high-tech” jobs, is the demand for workers with a combination of technical training, formal education and “soft” skills. In addition to job-specific knowledge and skills, employers today look for a broader set of skills — often called employability skills — in all workers.

The Conference Board of Canada developed the critical employability skills profile for the Canadian workforce, which is as follows:

In the current scenario, skill-building in India can be viewed as an instrument to improve the effectiveness and contribution of labour to overall production. It is an important ingredient to push the production possibility frontier outward and to take the growth rate of the economy to a higher trajectory. Skill-building could also be seen as an instrument to empower the individual and improve his/her social acceptance or value.

In the context of achieving the necessary ‘scale’ and ‘speed’, the following solutions could be the way ahead in providing a conducive environment for India to meet its skill development goals:

The National Skill Development Mission was officially launched by Prime Minister Narendra Modi on July 15, 2015 on the occasion of World Youth Skills Day. The Mission has been developed to create convergence across sectors and states in terms of skill-training activities.

Further, to achieve the vision of ‘Skilled India’, the National Skill Development Mission would not only consolidate and coordinate skilling efforts, but also expedite decision-making across sectors to achieve skilling at scale with speed and standards.

*Sudip Bhattacharyya is a former banker and a commentator on contemporary issues. Comments and suggestions on this article can be sent on: [email protected]

Home » Education In India: Skill Development Is The Key – Analysis