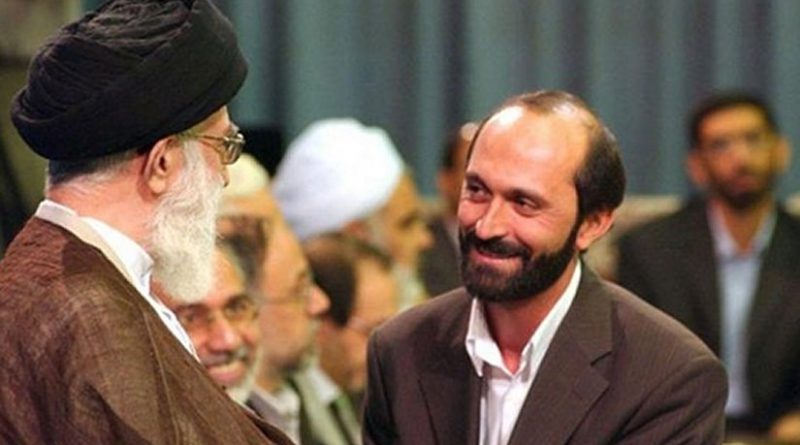 Saeed Toosi, a Quran teacher and Iran’s top Quran reciter has denied allegations that he has sexually abused at least four children that were put under his care as students.

Islamic republic state media reported on Sunday 6 Nov that Toosi has denied all allegations of sexual abuse of minors stating that such reports are “conspiracies of the enemies”.

Four former students of Toosi have come forward and told media outlets outside of Iran that when they were 11-12 years old, Toosi sexually molested them while at Quran recitation events.

The alleged incidents took place both inside and outside of Iran. One incident took place in Turkey, although no legal action has been brought forward in Turkey as of yet.

The four plaintiffs have brought legal action against Toosi in the 15th division court of Government Workers in Tehran, Iran; however, their case has been put on hold for the past 5 years.

The plaintiffs claim this because Toosi is affiliated with the office of the Islamic Republic Supreme Leader, officials from this office have exerted influence on the case’s prosecutor to cover up the case.

Saeed Toosi has been one the chosen reciters at events hosted by Ali Khamenei, the Supreme Leader, and they have several photos together at Khamenei’s house.

At least one top religious clergy has asked the public to refrain from speaking about the alleged sexual abuses. Ayatollah Naser Makarem Shirazi has stated that” if someone has sinned, speaking of that sin before it is proved is even a bigger sin.”

The judiciary spokesperson, Gholam Hossein Mohseni Ejei responded to allegations that the Iranian judiciary has been covering up the case against Toosi and that the at least one official from the office of the supreme leader has been in contact with the case’s chief prosecutor.

Ejei stated that there is in fact such a case still open for investigations and it includes four plaintiffs. He stated that there was not enough evidence to pursue the case on the allegations of “Tafkhiz” (sexual grinding on bodily parts) but the case has been forwarded “to an experienced judge for review” for allegations of inciting immoral transgressions among youth.

Ayatollah Sadegh Larijani, the judiciary chief however, indirectly threatened the plaintiffs and their families for speaking about the sexual abuse allegations with media outside of Iran calling them “hostile media.” He went on to say that those who speak to “hostile media” should be punished.

The four plaintiffs have given vivid accounts of what happened to them while under the care of Toosi.

One plaintiff has told media that coming from a religious background his family enlisted him in Toosi’s Quran recitation classes. The plaintiff was chosen to go to Turkey with Toosi for a Quran convention where the alleged abuse took place at a hotel shower, at a room they shared.

The plaintiff goes on to say: “I was shocked. I was really shocked. My brain was locked. I could not do anything. Then, he closed the door and came inside [the shower room]. And he then made a series of outrageous suggestions. I refused. He then started to orally stimulate my genitals. He rubbed his own genitals against my buttocks. —- When the night came we went to recite the Quran.”

Another plaintiff goes on to say that Saeed Toosi begged him to anally penetrate Toosi; the plaintiff refused to do so.

Part of the problem is that the Islamic Penal Code, the law that governs sexual crimes in Iran is based on Shiite jurisprudence and does deal with sexual abuse or rape of a minor as a separate legal matter. Certain sexual acts are criminalized especially if between same-sex consenting partners. These same acts are also criminalized if done by force.

Although the criteria for providing evidence to proof rape or sexual assault beyond doubt requires four male witnesses who can attest they saw the sexual act taking place. If there are not four male witnesses, the judge has to decide based on the evidence provided.

As such, the case against Saeed Toosi where four former students are attesting to four separate incidents of sexual assault and molestation of a minor by a teacher, they need to provide four witnesses for each incident or rely on the judge’s assessment.

This is why most sexual assault and rape cases in Iran often reached a legal deadlock where the jurisprudence makes it impossible to prove wrong doing.

For a country that punished most rape cases by the capital punishment there is also a concern for the lack compatibility of the sentencing with the crime as well.

Sexual assault and rape cases where the victim has family ties to the perpetrator often are not reported because families have to risk the receiving of the death penalty for the perpetrator.

Saeed Toosi will continue to deny the allegations of sexual assault of minors; the law will protect him as long as no male witnesses are willing to attest.