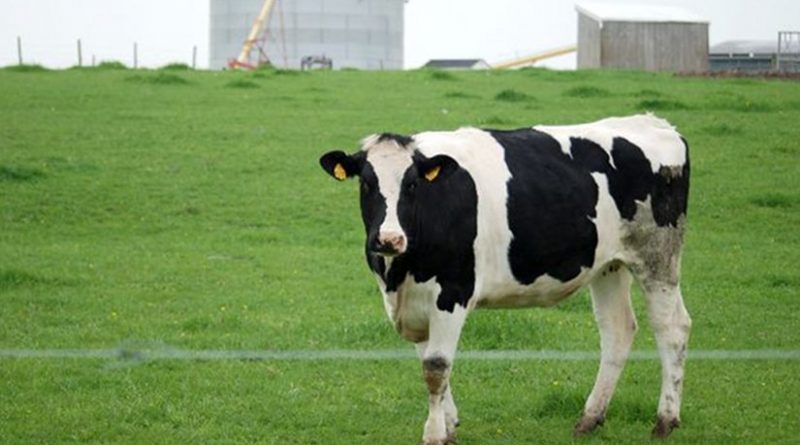 Like most farmers, Illinois dairy producers want to maximize efficiency and productivity to improve their bottom line. But many don’t have the time or objective perspective to audit their own operations for potential improvements. That’s why the University of Illinois Dairy Focus Team was formed.

“Knowing a farm’s potential causes of inefficiency and efficiency is key to improving its performance,” says Ines Rivelli-Bixquert, a doctoral researcher in the Department of Animal Sciences at U of I, and leader of the Dairy Focus Team. She recently published findings from the project in The Professional Animal Scientist.

Rivelli-Bixquert worked with assistant professor Felipe (Phil) Cardoso and a team of graduate and undergraduate students in the department to develop a protocol to evaluate dairy operations in Illinois. In the summer of 2014, the team visited 20 farms across the state.

Upon arrival, the group would fan out, evaluating and sampling every aspect of the dairy, while Cardoso sat down with the farmer to complete a lengthy questionnaire and get copies of the farmer’s data.

Back at the lab, the researchers analyzed farm samples and data from farmers to obtain an overall view of the dairy industry in Illinois. Specifically, data from farms in northern and southern Illinois were compared to pinpoint geographic patterns.

Cardoso explains the differences might simply come down to climate variations in the two regions. “The other difference is that in the north, the proximity to Wisconsin, a huge dairy state, makes the transference of information easier,” he says. “As extension personnel, we should be talking more about reproduction in the south, and perhaps encouraging those producers to visit farms in the north to learn how to obtain good reproductive results.”

Perhaps more importantly, results from individual farms were shared with each producer, along with specific recommendations for potential improvements.

Rivelli-Bixquert says some of the farmers weren’t aware of problems before the team showed up. “Sometimes they thought they needed help with nutrition, but they really needed to focus on some aspect of reproduction. The process helped them to understand their farms,” she says.

Cardoso and the team also used the data to develop a research-based newsletter and online tools for farmers, available at dairyfocus.illinois.edu. He says using farm-collected data and using it to improve efficiency for other farmers is the modern version of extension.

Rivelli-Bixquert adds, “I believe that if we do science, it is because there is someone out there who needs it, but it is not always easy to translate it to the general public. And extension is the best tool we have to bring scientific knowledge to the farmers.”

The article, “Nutrition, reproduction, and young stock performance on dairy farms throughout Illinois: A Dairy Focus Team approach,” is published in The Professional Animal Scientist. Authors include Rivelli-Bixquert, Sarah Morrison, Katherine Haerr, Sandra Rodriguez-Zas, and Cardoso. The work was supported by the Illinois Milk Producers’ Association and USDA NIFA

Home » Improving Illinois Dairy Industry, One Farm At A Time