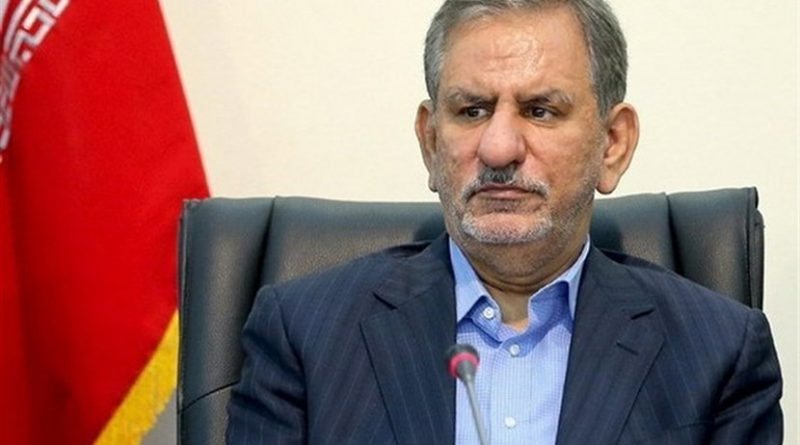 Iranian First Vice-President Eshaq Jahangiri made assurances that the administration has been carefully planning to circumvent the new round of US sanctions against the Islamic Republic.

Addressing a ceremony to introduce Iran’s new industry minister in Tehran on Tuesday, Jahangiri pointed to Washington’s recently-unveiled list of Specially Designated Nationals and Blocked Persons (SDN List) and said the country has plans to deal with the new sanctions.

He further pointed to his Monday night phone calls to the managers of the companies mentioned in the list and said they made assurances that the problems that would be created by the new embargoes are “resolvable”.

“I cannot lie and say that sanctions have no effect on the country,” he said, adding, “We will do all we can to reduce the effects of the sanctions on the country’s economy.”

Jahangiri further called on all Iranian industrialists to work together to increase the production of goods in a bid to cut the country’s reliance on other countries.

On May 8, the US president pulled his country out of the Joint Comprehensive Plan of Action (JCPOA), the nuclear deal that was achieved in Vienna in 2015 after years of negotiations among Iran and the Group 5+1 (Russia, China, the US, Britain, France and Germany).

Trump on August 6 signed an executive order re-imposing many sanctions on Iran, three months after pulling out of the Iran nuclear deal.

He said the US policy is to levy “maximum economic pressure” on the country.

The second batch of US sanctions against the Islamic Republic took effect on Monday, November 5.

Home » Iran Says It Has Plans To Counter New US Sanctions