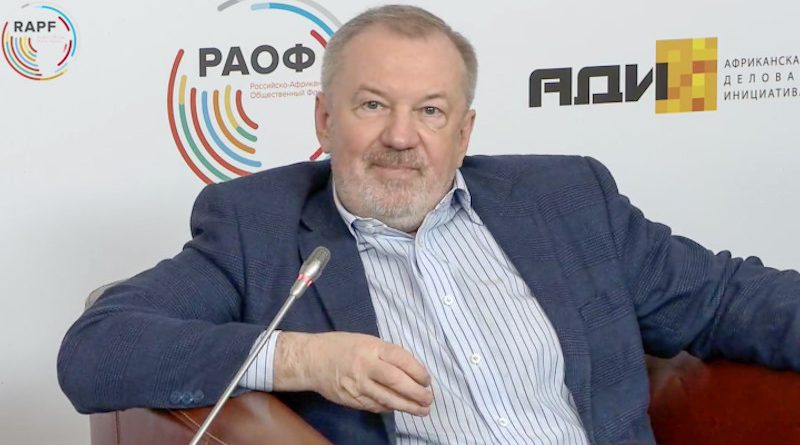 On November 5 to 6, Moscow hosted the Second Russia-Africa Public Forum organized jointly by the World Association of Foreign Alumni of Russian Universities and African Business Initiative Union. It was held within the framework of Russia’s strategy for the development and strengthening of trade, economic, social and cultural relations with the countries of the African continent, as well as building a stronger institutional foundation for Russian-African cooperation.

Since its creation in October 2018, it has become a platform for discussing ways of interaction between Russia and African countries on a wide range of issues, with special attention to the development of socio-cultural, humanitarian, trade and economic cooperation.

This month, prominent political and public officials, representatives of academic circles, the business community, and student and youth organizations were brought to the forum, which organizers believe provides a platform to exchange views on current issues of developing multifaceted relations between Russia and African countries.

Greeting the participants, Foreign Minister Sergey Lavrov reiterated that Russian-African cooperation, which is rooted in the period of our joint struggle against colonialism, is based on the principles of equality and mutual respect.

“Russia’s relations with African countries have always been friendly and multifaceted. However, it is necessary to adjust them to modern realities. We proceed from the assumption that the impetus of the Russia-Africa Summit held in Sochi in October 2019 can help us take our interaction to a fundamentally new level,” he stressed with optimism.

Lavrov said: “I believe that our public and the academic community can do a great deal to help choose methods of boosting Russian-African partnership. There is no doubt that the forum will provide a useful platform for developing innovative ideas and proposals in this sphere, and that it will help the Russian public learn more and understand better the needs of Africa, which is a geographically remote but spiritually close continent.”

The two-day forum focused on the modernization of education in the context of globalization and the scientific and technological revolutions. It reviewed the strategy of economic cooperation in modern conditions, the development and implementation of new effective institutions and mechanisms of interaction. It discussed the problems of international cultural cooperation in the context of modern threats and challenges. It looked at the ever-growing role of public organizations in various aspects of society’s life and the interaction in the field of healthcare as one of the most pressing issues of the Russian-African dialogue.

Plenary Session 1: Russia – Africa: Dialogue of Civil Societies as the Main Driver of the Future World Order and Sustainable Development.

Plenary session 2: Youth of Russia and Africa: a path towards rapprochement.

Plenary session 3: Graduates of Russia as a unique human capital. Export of Russian education to Africa. Personnel training: what kind of specialists does the African continent need today?

Panel session 4: Business and Civil Society Institutions. Innovative technologies of Russian companies for the benefit of sustainable development of the African continent.

Speakers and participants have, however, acknowledged the significance of the public forum and stressed that it would be impossible to elevate the entire range of relations between Russia and African countries to an entirely new level unless the public at large takes the most energetic part in these efforts.

It is hard to overestimate the role of this in strengthening friendship, trust and mutual understanding between the two parties without adequate and consistent exchange of information.

It is necessary to maximize the potential of public, cultural and business diplomacy using the basic instrument of the media, according to the Chairman of the Board of the Valdai International Discussion Club’s Development and Support Foundation Andrei Bystritsky, speaking at the plenary meeting of the Second Russia-Africa Public Forum.

“On the one hand, the Russian public knows little about Africa. And I guess people in Africa know little about Russia,” he noted, and explained that Russia and Africa need to communicate more.

Creating necessary conditions for conversation is important, as communication is the foundation of development, and will help strengthen the mutually beneficial ties between Russia and Africa.

As already known, Africa is an important partner for Russia. Speakers and participants explicitly expressed the need to strengthen relations in various fields.

Further, most of the issues and diverse opinions expressed there have to improve the current level of relationship. Russia and Africa have to make that mutual desire to step up cooperation in all areas including social spheres.

In this connection, it requires complete understanding, support for new initiatives and, commitment to expand friendly relations with Africa. These efforts directed not only at consolidating cooperation with the African countries but also at resolving key African problems such as overcoming social inequality and the involvement of young Africans in sustainable economic development.

Despite the challenges, Moscow plans to boost its presence on the continent in the coming years and, as outlined in the Russia-Africa Summit declaration, both Russia and Africa have to begin pursuing targeted goals, continue encouraging exchanges between Russia and African countries.