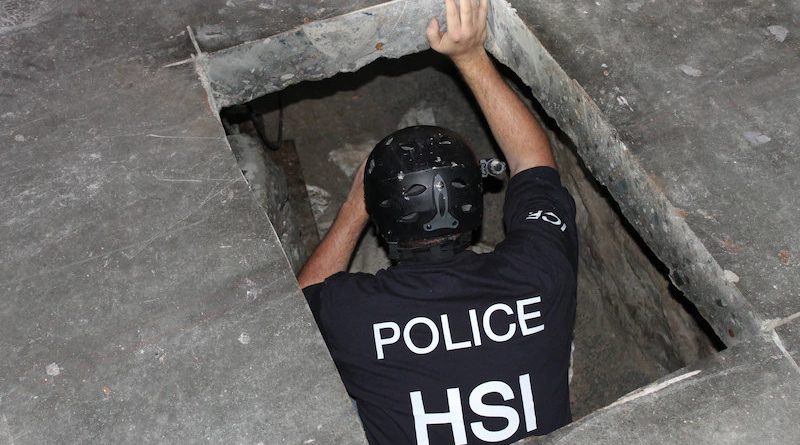 The Defense Department’s statutory mission is to serve as the single lead agency for the detection and monitoring of the aerial and maritime transit of illicit drugs into the United States. Cooperation with allies and partners, such as Mexico, is critical to that effort, said a DOD official.

“Mexico remains the source of nearly all heroin seized in the United States and is a transit route for much of the cocaine available in our country,” Matthew J. Flynn, deputy assistant secretary of defense for counternarcotics and global threats, said.

Moreover, Mexican cartels take advantage of uneven precursor chemical controls to manufacture deadly drugs, such as fentanyl and methamphetamine, inside of Mexico, which also make their way into the United States, he said.

“Despite the obstacles, Mexican law enforcement and military professionals, in cooperation with their U.S. counterparts, are bravely confronting the transnational criminal organizations that threaten both of our countries,” Flynn added.

While much more remains to be done in the fight against Mexican cartels, it is important to recognize the efforts of the Mexican security forces that work daily to confront the transnational criminal organizations that threaten both the United States and Mexico, Flynn emphasized.

On Oct. 15, the Mexican army used radar data from a U.S.-provided radar in Hermosillo, a city in the northwestern Mexican state of Sonora, to track a plane carrying drugs, Flynn said.

A DOD official said that Mexican drug interdictions have been relatively low, and drug cartel violence remains at disturbingly high levels. “These organizations present a clear threat to Mexico and the Mexican government’s ability to exert effective control over parts of its country.”