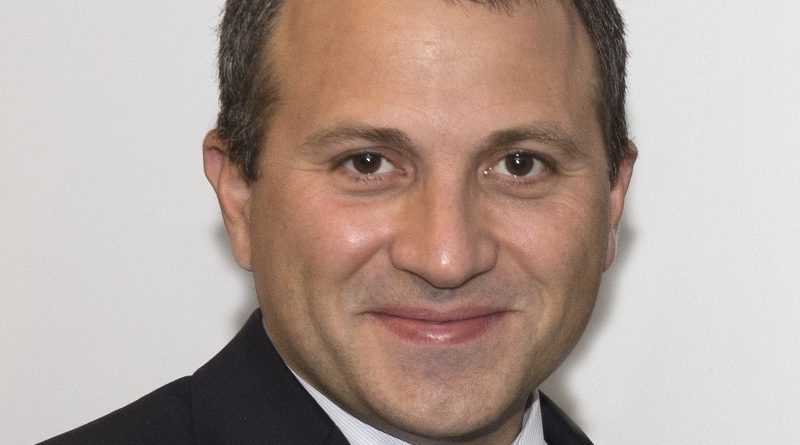 The U.S. Department of the Treasury’s Office of Foreign Assets Control (OFAC) on Fridaya sanctioned Gibran Bassil (Bassil), the President of the Free Patriotic Movement (FPM) political party and Member of Parliament (MP), for his role in corruption in Lebanon. The sanction, which builds upon and implements the Global Magnitsky Human Rights Accountability Act, targets corruption and serious human rights abuse around the world.

“The systemic corruption in Lebanon’s political system exemplified by Bassil has helped to erode the foundation of an effective government that serves the Lebanese people,” said Secretary Steven T. Mnuchin. “This designation further demonstrates that the United States supports the Lebanese people in their continued calls for reform and accountability.”

Lebanon has long suffered from corruption and economic mismanagement by power brokers who advance their own interests at the expense of the Lebanese people they are supposed to represent. Since October 2019, protests with participation from a broad representation of Lebanese citizens have called for political, social, and economic reform in Lebanon. Successive governments in Lebanon have failed to stem rising inflation, reduce the country’s mounting debt, improve failing infrastructure, or ensure that reliable electricity and other services reached Lebanese households. Socioeconomic conditions for ordinary Lebanese continue to deteriorate while political leaders are insulated from the crisis and are failing to implement needed reforms.

Lebanon continues to experience an unprecedented garbage crisis caused by mismanagement and corruption that is continually pouring toxic waste into the Mediterranean Sea, polluting the water and ultimately endangering the health of its citizens. The country is also experiencing an energy crisis that leaves people without electricity for hours or even days at a time, and government officials offer constant claims that they are fixing the problem, only to spend billions of dollars resulting in no improvement for Lebanese citizens.Political dysfunction like this tragically contributed to the catastrophic explosion at the port of Beirut on August 4, which many saw as a further example of the negligence and corruption that victimizes Lebanese citizens while enriching the political elite.

GIBRAN BASSIL AT THE FOREFRONT OF CORRUPTION IN LEBANON

Bassil has held several high-level posts in the Lebanese government, including serving as the Minister of Telecommunications, the Minister of Energy and Water, and the Minister of Foreign Affairs and Emigrants, and Bassil has been marked by significant allegations of corruption. In 2017, Bassil strengthened his political base by appointing friends to positions and purchasing other forms of influence within Lebanese political circles. In 2014, while Minister of Energy, Bassil was involved in approving several projects that would have steered Lebanese government funds to individuals close to him through a group of front companies.

Bassilwas designated for being a current or former government official, or a person acting for or on behalf of such an official, who is responsible for or complicit in, or who has directly or indirectly engaged in corruption, including the misappropriation of state assets, the expropriation of private assets for personal gain, corruption related to government contracts or the extraction of natural resources, or bribery.

As a result of today’s action, all property and interests in property of the individual above, and of any entities that are owned, directly or indirectly, 50 percent or more by him, individually, or with other blocked persons, that are in the United States or in the possession or control of U.S. persons, are blocked and must be reported to OFAC. Unless authorized by a general or specific license issued by OFAC or otherwise exempt, OFAC’s regulations generally prohibit all transactions by U.S. persons or within (or transiting) the United States that involve any property or interests in property of designated or otherwise blocked persons. The prohibitions include the making of any contribution or provision of funds, goods, or services by, to, or for the benefit of any blocked person or the receipt of any contribution or provision of funds, goods, or services from any such person.

Building upon the Global Magnitsky Human Rights Accountability Act, the President signed E.O. 13818 on December 20, 2017, in which the President found that the prevalence of human rights abuse and corruption that have their source, in whole or in substantial part, outside the United States, had reached such scope and gravity that it threatens the stability of international political and economic systems. Human rights abuse and corruption undermine the values that form an essential foundation of stable, secure, and functioning societies; have devastating impacts on individuals; weaken democratic institutions; degrade the rule of law; perpetuate violent conflicts; facilitate the activities of dangerous persons; and undermine economic markets. The United States seeks to impose tangible and significant consequences on those who commit serious human rights abuse or engage in corruption, as well as to protect the financial system of the United States from abuse by these same persons.