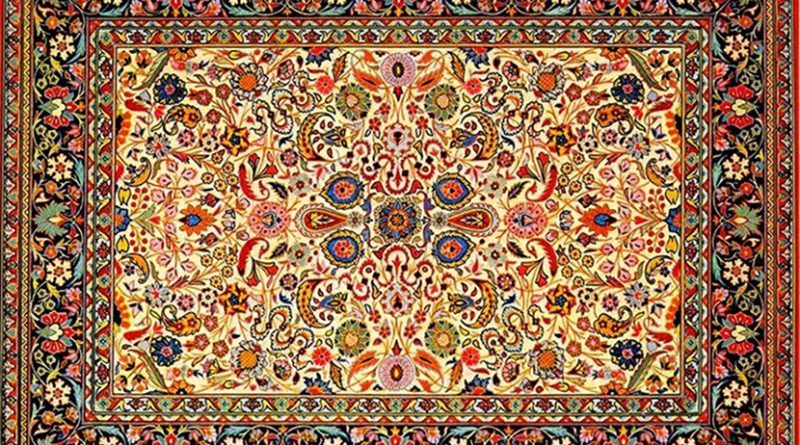 Artisan carpets woven across Azerbaijan are on display in South Korea’s capital, evoking the curiosity of many Korean visitors.

The “Carpets, Pearls of Azerbaijan” exhibition kicked off on Nov. 26 at a gallery in central Seoul.

The exhibition was a joint effort between Azeri Embassy and the Korea Foundation, a non-profit public diplomacy organization that promotes better understanding of the Far East country, as well as the Azerkhalcha Open Joint Stock Company, which oversees the production, development, sales, import and export of carpets within Azerbaijan.

It is the first exhibition of Azerbaijan carpets, which were added to the UNESCO’s List of Intangible Cultural Heritage in 2010, in South Korea, which established diplomatic ties with the Muslim nation in 1992.

“The purpose of the exhibition is to introduce the rich and centuries-old Azerbaijani carpet-weaving tradition here, as most Koreans are not aware of the Eurasia country being a carpet-producing country,” Ramzi Teymurov, the Azerbaijani ambassador to South Korea, told Arab News.

“The display of Azerbaijani cultural heritage is a historically important event that will serve as a milestone in boosting cultural exchanges further between the two nations.”

“The delicacy and complexity of the patterns mean our carpets are heavier than most, and that makes them all the more precious and unique,” added Teymurov. “A single carpet can contain up to 5,000 threads per square decimeter.”

The event kicked off in commemoration of Azerbaijan’s Independence Day in October, which marked 100 years since the country’s establishment.

The president of the Korea Foundation, Lee Shi-hyung, echoed the sentiment, saying: “The foundation is very glad to have had the opportunity to introduce Azerbaijani art and culture, which the Korean public may be somewhat unfamiliar with.”

“The ancient art of carpet-weaving has survived and evolved to this present day, so this exhibition will be testimony of Azerbaijan’s artistic and cultural heritage,” he added.

Patterns, color and weaving techniques differ from region to region. For example, carpets made in Baku stand out through the inclusion of Buta, the symbol of fire in Azerbaijan’s Absheron region.

In the city of Ganja, carpets are produced for both trade and local use thanks to good sheep-breeding conditions in the region’s mountainous and foothill districts.

Carpets made in the Yerevan region, meanwhile, are woven out of camel, sheep and goat wool, dyed in several colors and embroidered with birds and animals that pertain to religious conviction.

“Many young Koreans seem to be taking a keen interest in these patterns, which resemble those used for tattoos,” he added. “A new type of cultural exchange that reconciles youth fashion here with ancient design from Azerbaijan seems to be taking place.”

During a group tour, Lee Hye-won, 24, a student at the same university, said the exhibition has made her keen to visit Azerbaijan.

“I have little knowledge about the country, but after seeing these carpets, I am curious to get to know its culture,” Lee said.

The world’s first specialized carpet museum, formerly known as the State Museum of Azerbaijani Carpet and Applied Art, was opened in Baku in 1967.

The Seoul exhibition will be held until Dec. 19.