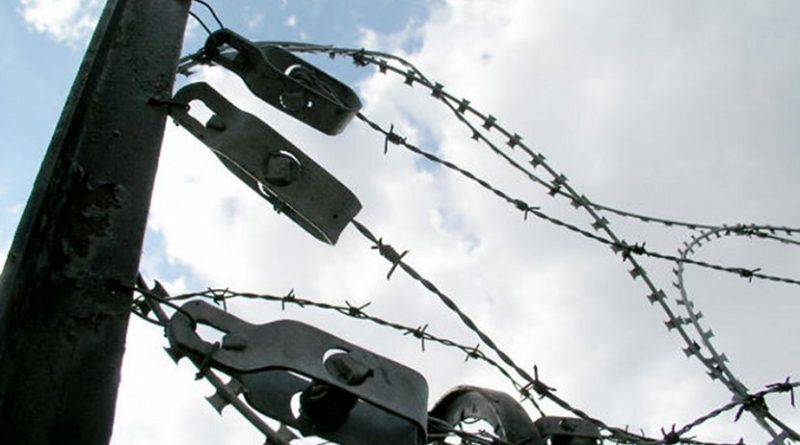 Eight years ago today, Jay S. Bybee, then the head of the Justice Department’s Office of Legal Counsel, and now a judge in the Ninth Circuit Court of Appeals, signed two memos, largely written by OLC lawyer John Yoo, which purported to redefine torture so that it could be used by the CIA, and approved a number of known torture techniques — including waterboarding, a form of controlled drowning — for use on Abu Zubaydah, a supposed “high-value detainee” held in a secret CIA prison in Thailand.

The failure of the Obama administration to hold accountable those in the White House who solicited the torture memos, and those in the OLC who authorized torture (despite their obligation to provide impartial legal advice to the Executive branch) remains a disgraceful stain on America’s reputation, and was compounded in February this year when David Margolis, a career official in the Justice Department, prevented Bybee and Yoo from being held accountable for their actions, overriding the conclusions of a four-year internal investigation in to the memos — that Bybee and Yoo were guilty of “professional misconduct” — and insisting, instead, that they had merely demonstrated “poor judgment.”

While there are further moves to hold senior officials accountable for torture — through the chinks in Bybee’s recent Congressional testimony, for example, and through complaints filed against psychologists involved in implementing the torture program (Dr. James Mitchell, Col. Larry James and Maj. John Leso) — it is deeply distressing that those who solicited and approved the use of torture by US forces have not been held accountable for their actions, and that the illegal actions they approved have therefore become accepted by a significant proportion of the American public.

To mark the eighth anniversary of the signing of the “torture memos,” Coleen Rowley, Sue Skog and Steve Clemens have set up a “24 hour Fast Against Torture.” A Facebook page is here (where readers can sign up to take part, anywhere in the world), an article by Coleen on the Huffington Post is here, and, on FireDogLake, blogger youmayberight explained:

August 1 is the eighth anniversary of the John Yoo/Jay Bybee torture memos. Eight is enough! Join the 24-hour Fast Against Torture beginning at 6:00 p.m. that day. Go to your local federal building on Monday, August 2, for whatever time you can, to demand accountability. We in Minneapolis are having a 12-hour vigil that day. Call the U.S. Attorney in your area and ask: With all the allegations and confessions of torture from high government officials, why has no one ever been prosecuted for it? (The only person ever prosecuted under the Federal Torture Statute was Chuckie Taylor, and that was for torture done for the country of Liberia.) Contact President Obama and Attorney General Holder. Write a letter. Wear an “8” on your forehead on Aug. 1-2. Help us create a climate of accountability. Accountability is the ultimate in anti-war work. Let’s prevent the wars of future decades; they need not be inevitable.

The FireDogLake blog by youmayberight also established further context for the fast:

Accountability is pretty much off the radar of the anti-war movement. At the recent United National Peace Conference in Albany, no workshop dealt with the issue of holding accountable those who committed/are committing crimes in our names.

People sometimes ask me, “Why do you focus on torture? The wars are a much bigger issue; the drone attacks alone kill many more people.” Some point out that legal memos justifying aggressive wars were more damaging than memos “legalizing” torture. I’d respond that there’s something especially reprehensible about the one-to-one, face-to-face aspect of torture. Plus the political spectrum opposed to torture is much wider: those who want to protect our own soldiers, limited government advocates, law-and-order types, plus the human rights/anti-imperialist/peace activists […]

[W]e’re not going to lock up government officials for prosecuting aggressive wars. There’s no public appetite for such accountability yet. But the officially and proudly proclaimed policy of torture gives us just such a possibility. As Rahm Emanuel has said, “You never want a serious crisis to go to waste. And what I mean by that is an opportunity to do things that you think you could not do.” Don’t let the callousness of that statement blind us to some truth within it.

Home » Fast Against Torture on Eighth Anniversary of “Torture Memos”