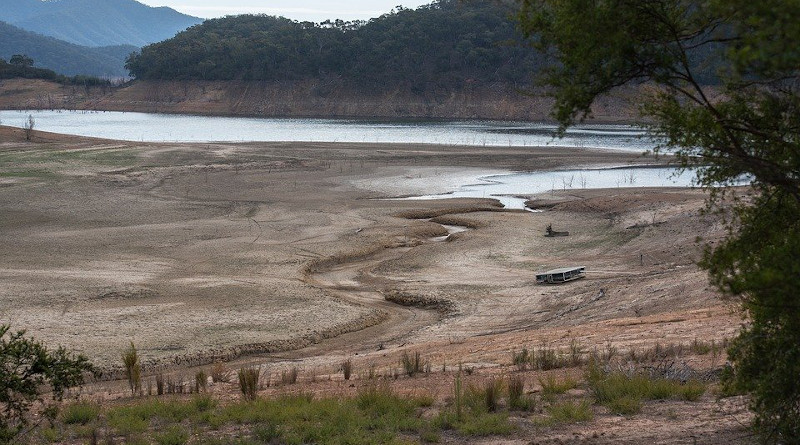 The number of “extreme streamflow” events observed in river systems have increased significantly across the United States and Canada over the last century, according to a study from Dartmouth College.

In regions where water runoff from snowmelt is a main contributor to river streamflow, the study found a rise in extreme events, such as flooding.

In drought-prone regions in the western and southeastern U.S., the study found that the frequency of extreme low-flow events has also become more common, particularly during summer and fall.

The research, published in Science Advances, analyzed records dating back to 1910 to confirm the effects of recent changes in precipitation levels on river systems.

“Floods and droughts are extremely expensive and often life-threatening events,” said Evan Dethier, a postdoctoral researcher at Dartmouth and the lead author of the paper. “It’s really important that we have good estimates of how likely extreme events are to occur and whether that likelihood is changing.”

Although changes in precipitation and extreme streamflows have been observed in the past, there has been no research consensus on whether droughts and floods have actually increased in frequency.

Past research efforts have mostly focused on annual peak flows, potentially missing important seasonal changes to extreme low-flow events that can be pulled from daily streamflow records. Those efforts have also been hampered by the mixing of data from regions that have different precipitation patterns and natural seasonal cycles.

According to the research paper: the results demonstrate that “increases in the frequency of both high- and low-flow extreme streamflow events are, in fact, widespread.”

“Previous attempts to analyze regional pattern in streamflow were usually based on fixed geographical regions that were largely unsuccessful,” said Carl Renshaw, a professor of earth sciences at Dartmouth. “The novel clustering approach used in this research defines regions based on the hydrology–not geographical or political boundaries–to better reveal the significant shifts occurring for both high and low streamflows.”

The Dartmouth study combined 541 rivers in the U.S. and Canada into 15 hydrological regions organized by seasonal streamflow characteristics, such as whether streams flood due to tropical storms or rain falling on melting snow. This grouping allowed for more sensitive detection of trends in extreme flow events on both an annual and seasonal basis.

Out of the 15 “hydro-regions” created, 12 had enough rivers to be analyzed in the study. The rivers studied were judged to be minimally affected by human activity and included extensive records that span 60 or more years.

“The shifts toward more extreme events are especially important given the age of our dams, bridges, and roads. The changes to river flows that we found are important for those who manage or depend on this type of infrastructure,” said Dethier.

According to the study, in the regions where streamflow changes were found to be statistically significant, floods and droughts have, on average, doubled in frequency relative to the period of 1950 to 1969.

Significant changes in the frequency of floods were found to be most common in the Canadian and northern U.S. regions where annual peak flows are consistently associated with spring snowmelt runoff.

Changes in drought and extreme low-flow frequency were found to be more variable.

Home » Confirmed Increase In River Flooding And Droughts In US, Canada