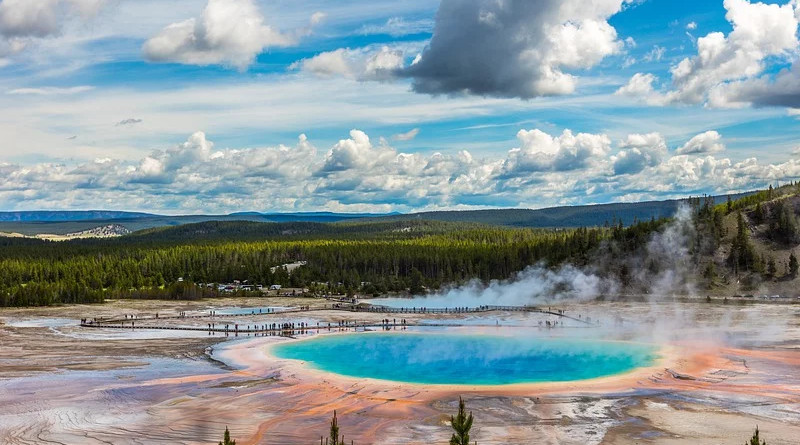 The Yellowstone hotspot is well known for generating supereruptions in the geologic past that are far more explosive than historic examples. The origin and sustained longevity of the hotspot is less understood but is focused on two competing models, where the ascent of hot mantle is derived from either a deep-seated mantle plume or a shallow mantle source.

In their study published this month in GSA Today, Vic Camp and Ray Wells use an integrated database that supports the idea of a deep mantle-plume origin for the Yellowstone hotspot with a robust history of magmatism that extends to at least 56 million years ago, far older than previously thought.

In this scenario, hotspot volcanism began offshore and migrated to the east-northeast across northeastern California, northern Nevada, southeastern Oregon, and southern Idaho to its current position at Yellowstone National Park.

This long-lived path of hotspot migration is marked by a belt of aligned volcanic provinces that display progressively younger ages to the east-northeast, similar to the age progression produced by southwest motion of the North America plate over a fixed Yellowstone hotspot.

Home » Insights Into The Yellowstone Hotspot