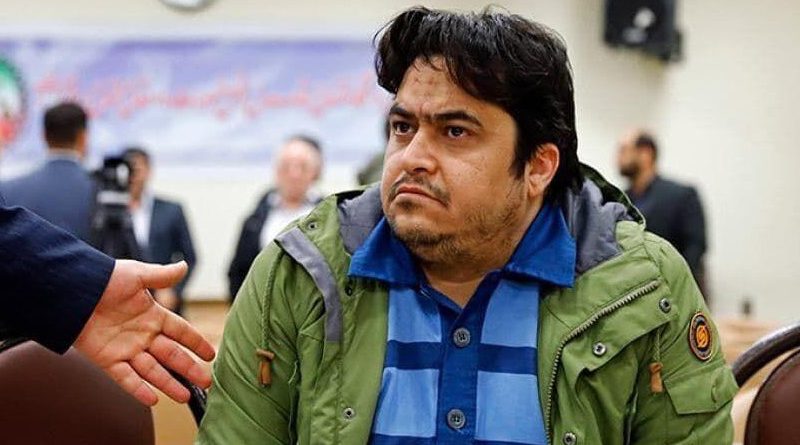 On December 12, 2020, Iranian authorities had executed Ruhollah Zam, an Iranian dissident and journalist who was living in exile in Paris since 2009, on the charge of “sowing corruption on earth” — a vague charge often wielded by the Iranian establishment against those who either criticise or oppose it.

Tara Sepehri Far, Iran researcher at Human Rights Watch said “The execution of Rouhollah Zam shows the extent to which Iran has weaponized the cruel and inhumane use of the death penalty as a tool of repression”.

Mostafa Salehi, a young man arrested for participating in late 2017-2018 protests was hanged on August 5, 2020. Salehi was initially cleared of the charges brought against him in court, but the case was reopened upon pressure from the IRGC Intelligence Department. Wrestling Champion Navid Afkari, who was executed on September 5 of the same year, was also forced to give false confessions. Another prisoner named Abdol-Basset Khesht was executed on December 20, allegedly without proof of crime.

Iranian establishment also use the tactic of presenting Iran’s critics, opponents and protesters as well as their family members on national media to make so-called “confessions” about the crimes that they had never committed. The establishment coerces them to make “confessions” in such manner and using such words and expressions as scripted by the authorities. For example, Wrestling Champion Navid Afkari – who was, as mentioned earlier, executed on September 5 – said in an audio message from prison that he was tortured and was forced to make confessions about the charges brought against him.

There remains no doubt that such scripted and forced “confessions” are taken for the sole purpose of discrediting these critics, opponents and protesters so that their human rights related causes loses appeal among the common Iranians living both inside and outside the country.

The latest execution of Ruhollah Zam too attracted global outcry from the international rights organizations. Reporters Without Borders (RSF) condemned the execution and stated, “RSF is outraged at this new crime of Iranian justice and sees Supreme Leader Ayatollah Ali Khamenei as the mastermind of this execution.” The International Bar Association Human Rights Institute described Zam’s execution as a judicial murder.

Amnesty International stated it was shocked and horrified and called on the international community to take immediate action to pressure the Iranian authorities to halt their escalating use of the death penalty as a weapon of political repression.

According to the UN Special Rapporteur on Human Rights in Iran and the Amnesty International, Iran is the leading state in executions per capita, and also tops the charts in the number of executions of women as well as minors and juvenile offenders. Furthermore, According to Reporters Without Borders, Iran has been “one of the world’s most repressive countries for journalists for the past 40 years.” At least 860 journalists have been arrested or executed in the country since 1979.

*Beenish Ashraf is a member of the Global Affairs Writers’ Association. She is the author of a number of articles about right to information, digital media, information war, cultural hegemony, human rights, and humanitarian crises. Her articles have been published on The Dispatch, GAC’s Asian Politics, Indian Spectator, Foreign Policy News, International Policy Digest, Counter Currents, Kashmir Observer, Activist Post, The Rohingya Post, MotamotOvimot.com, and OnLine Opinion (Australia), among others.