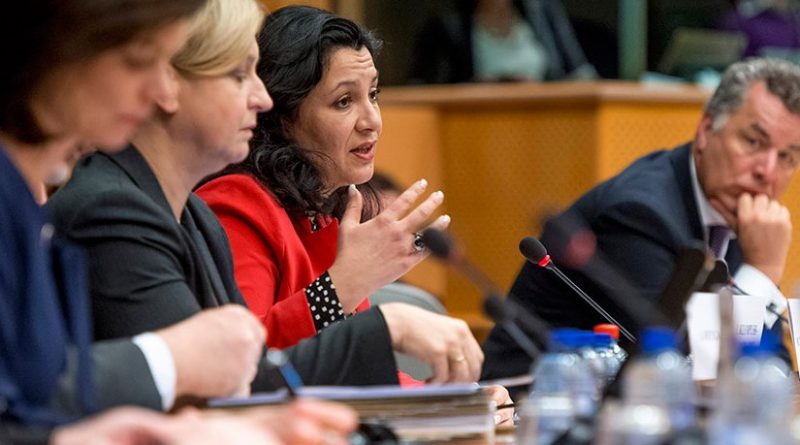 Amid temperatures of -20°C people in Eastern Ukraine were cut off from electricity, heating and water after pro-Russian rebels broke the ceasefire and started shelling the area last week.

The European Parliament’s security and defence subcommittee discussed on Monday Russia’s influence in Ukraine and Southern Caucasus and how to react to it.

Ivanna Klympush-Tsintsadze, Ukraine’s deputy prime minister for European and Euro-Atlantic integration, attended the meeting to talk about the latest deterioration of the situation in east Ukraine.

“The bell tolls for all of us,” she said. Tsintzade warned that the situation on the ground in the Avdiivka area of Donetsk province had turned into a humanitarian crisis due to intensified shelling combined with electricity outages and temperatures as low as -22°C.

Committee vice-chair Jaromír Štětina, a Czech member of the EPP group, said, “Those brave Ukrainians are not only defending their country, but all of us, because this is not a civil war. This is an attack on a sovereign state by another state.“

Ioan Mircea Pașcu, a Romanian member of the S&D group, referred to the current operation as, “political probing because militarily it does not make sense in the midst of winter.”

Committee members said they were convinced that Russia was testing to find out the reaction of the new US administration. Many of them called on the EU to ensure that the Minsk peace agreement was implemented and that sanctions against Russia would continue until then.

Petras Auštrevičius, a Lithuanian member of the ALDE group, said, “We should do everything to prevent this war turning into a frozen conflict.”

Some, however, questioned the viability of the Minsk agreement.

Rebecca Harms, a German member of the Greens, called for its re-assessment. “We are no closer to achieving that Ukraine has control of its borders,” Harms said.

Committee members agreed to initiate a Parliament resolution on the latest developments in Ukraine.

“Russia’s attitude to the Southern Caucasus and the neighborhood is rooted in a very specific understanding of international system as an area of hostile international competition where its neighborhood should fulfill the function of a buffer zone,” Sabanadze said.

However, she stressed her country’s will to decide alone over its strategic orientation. “Georgia wants to do so not against Russia, but for Georgia,” Sabanadze said.

The European Parliament recognized Georgian reforms and its pro-European orientation when MEPs approved last week a visa waiver for Georgians so that they are able to enter the EU for short stays without needing a visa.

During the meeting many discussed the implications of US president Donald Trump’s stance on Russia.

Herbert Salber, the EU’s special representative for the South Caucasus and for the crisis in Georgia, alluded to possible division of zones of interests in the region. “There is a lot of tension and a big elephant in the room,” he said, “But at this point we simply do not know.”

According to a Parliament study, Russia is ready to assert its role as a global centre of influence. The West, including the EU, is perceived as the major challenger to both Russia’s great power ambition and security.

Against this backdrop, the military and humanitarian situation in Crimea and eastern Ukraine will continue to be monitored closely. The EU’s economic sanctions against Russia, first introduced in July 2014, are due to be extended again in June and December of this year. Meanwhile France and Germany – the two EU countries involved in negotiating the Minsk agreement – face elections in 2017 and the results could affect their policies towards Russia and the broader EU strategy.

One thought on “EU-Russia Relations: A Key Strategic Challenge”