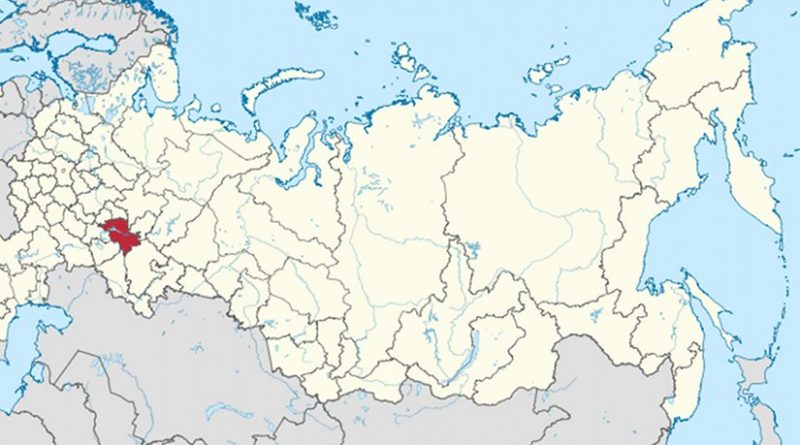 The Republic of Tatarstan as an ethnically defined state within the Russian Federation cannot solve Kazan’s nationality problem not only because twice as many Tatars live outside its borders than within but also because the Tatar capital is an important cultural center for many of the other peoples of the Middle Volga, Mark Shishkin says.

Instead, the Russian commentator argues, the Tatars, if they are to address their most important and pressing problems, need to adopt a regionalist approach, one that will allow them to escape from the Soviet one that continues to limit their opportunities as a people (region.expert/tatarstan-regionalism/).

Such an approach would allow them to take advantage of the benefits the formation of a larger and regionally defined policy, one that would not be the death of the Tatar nation as many now fear but rather as the basis for its flourishing and growth beyond what the Soviet and now Russian state have allowed.

At present, Shishkin says, Tatarstan is defined by “the ethno-confessional composition of its population.” But critically, under the Soviets, it was Moscow rather than the people who decided what that would be by drawing borders and establishing a hierarchy of nations and nationalities.

When Moscow created the Tatar ASSR in 1920, it effectively disbanded the larger and more multi-ethnic regional Idel-Ural State. As a result, the commentator says, “Kazan ceased to be the cultural center for the Chuvash and Mari and representatives of other indigenous peoples who from antiquity had lived on the territory of the TASSR became minorities there.”

That deprived Tatarstan of access to Tatars outside of the republic and led both in Soviet times and afterwards to the rise of ethnocracy with one people dominating others. These two factors have meant that the desires of both groups, Tatars and the other Middle Volga nations, could not be fulfilled completely.

The situation of the Tatars has become especially problematic. They form only 52.9 percent of the population of their republic and only 36 percent of all the Tatars living within the current borders of the Russian Federation. And they are cut off from the other Middle Volga peoples who like them know Russian and regularly intermarry.

Home » Kazan Can Solve Its ‘Nationality Problem’ Only With Regionalism – OpEd

Paul Goble is a longtime specialist on ethnic and religious questions in Eurasia. Most recently, he was director of research and publications at the Azerbaijan Diplomatic Academy. Earlier, he served as vice dean for the social sciences and humanities at Audentes University in Tallinn and a senior research associate at the EuroCollege of the University of Tartu in Estonia. He has served in various capacities in the U.S. State Department, the Central Intelligence Agency and the International Broadcasting Bureau as well as at the Voice of America and Radio Free Europe/Radio Liberty and at the Carnegie Endowment for International Peace. Mr. Goble maintains the Window on Eurasia blog and can be contacted directly at paul.gobl[email protected] .