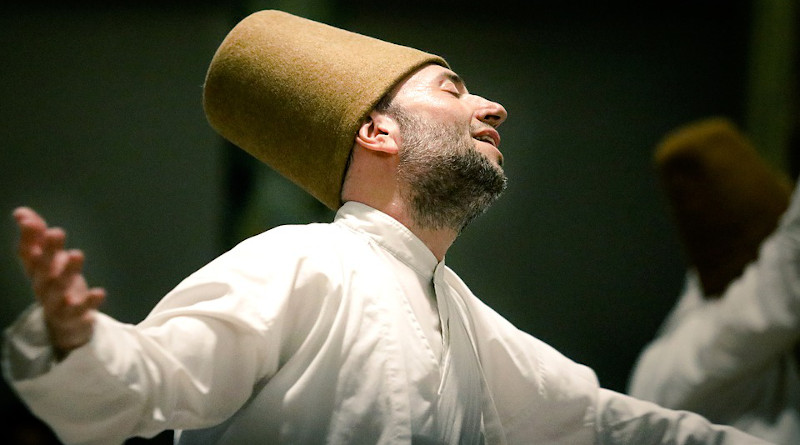 The early Islamic community expressed the religious piety in its moral and ethical conduct. This religious piety inculcated in them a spiritual awakening. In pursuit of this awakening, a group of ascetics in late 7th century sought a refuge in the town of Basra. Tired of political upheavals and social agitation, this clique of self-denying men coalesced around a great saint of Basra. His name was Hassan al-Basri.

Noted for his intellectual depth and spiritual orientation, Hassan al-Basri promoted a version of Islam that pressed for the need to rid society of all the social ills through personal spiritual endeavour. The group expanded in numbers, and eventually pushed back the frontiers of its constituency. This was the first school of Basra founded by the ascetics. Some of the prominent ascetics of this school were Amir bin Abd, Qays, Harim bin Hayyan, and Abu Aliya. After the death of these personalities, the next generation took the lead. The next generation led to the foundation of the second school of Basra. Famous amongst them were Muhammad bin Wasi, Farqad bin Yayub, Abdal Wahid bin Zayd, and Malik bin Dinar.

The first two schools of Baghdad represented the first organized movement of mysticism in Islam. These ascetics found in the spiritual awakening the true spirit of Islam. To them, Islam was geared towards developing moral human beings. Islamic mysticism, as an institution with a set of practices, was already in the offing.

Once the Abbasids founded the city of Baghdad in mid 800s, most of the ascetics moved from Basra to Baghdad. The city of Baghdad paved the way for the emergence of a systemic form of mysticism. From being a movement of practice, it transformed into a science of moral discipline. The ascetics of Baghdad made an attempt to contribute scholarly writings in order to invest Islamic mysticism with meaning, vision, and philosophy. A new brand of ascetic scholars came to the forefront. They were both ascetic in their conduct and scholarly in their philosophic orientation.

Harith al-Muhabisi was one amongst many other ascetic scholars who contributed a number of books to elucidating the mystical institution of Islam. He undertook an intellectual task of explicating philosophically the practices and gradations of Islamic mysticism. Mansur Hallaj, noted for his ecstatic utterances, also chipped in with his poetics. Junayd Baghdadi was again an excellent exponent of Islamic spirituality and mysticism. His philosophic ideation was wedded to illuminative gnosis.

These scholars established a solid scholarly foundation for the dissemination of mysticism to other parts of the Islamic world. Dhul nun Misri, Bayazid Bistami, and Ibrahem Adham were also in the vanguard of Islamic spirituality. By then, Islamic mysticism was referred to as Tasawwuf or sufism in classic treatises. Sufism had acquired a scholarly flavour by the end of 10th century.

Was sufism compatible with Islamic doctrinal system? Was Islamic mysticism in line with the injunctions of the Quran and the normative practice of the Prophet? As these question sprouted, Muslim sufi scholars contributed scores of books in order to explain mysticism in an Islamic idiom. Books after books were written with an aim to demonstrate the compatibility of Islam with sufism. Risala-e-Qusheri by the safi saint Qursheri was one of the first scholarly endeavors in that regard. It was followed by Abu Talib al Makki’s book Qutul Qulub. It was an excellent exposition of Islamic principles of morality in a mystical language. Ali Hujweri’s work Kasf ul Mahjub was also an outstanding and bold attempt at explaining Islam and sufism. Abu Hamid al-Ghazali’s Ahya al ulum uddin was arguably the most brilliant work that rested the entire religion of Islam on the foundations of sufism. These scholars gave a solid Islamic character to the institution of Islamic mysticism.

Importantly, Islamic mysticism organized itself into orders with its own hierarchies and gradations in the 12th and 13th centuries. Scores of orders came into being that spread all across the Islamic World. The Qadiriyya order was one of the first orders to be founded by Abdul Qadir Gilani. It was followed by Naqshbandiya, Suhrawardiya, Shadaliya, Chishti, Mujaddidi, Mevlevi and various other orders. Islamic mysticism transformed itself from a science of spirituality to an organization of human beings knit together by the bonds of mystical enlightenment in the 14th and 15th centuries.

These sufi orders acquired a social purpose geared towards building a vibrant society in the 17 century especially in the writings of Mujaddid Alif Sani. He gave Islamic mysticism a social vision and a practical orientation. Sufism, in the conceptualization of Mujaddid Alif Sani, was a social project of emancipation and liberation. This vision was also espoused by the Iranian scholars as eminent as Mir Damad, Mir Fendereski, and Mulla Sadra. Shah Wali-ullah of Muslim India in 18th century gave it a definitive shape and a deeper meaning. In fact, Shah Wali-ullah developed a comprehensive socio-political vision rooted in a sufi architecture with an aim to establish a society based firmly on the principles of justice, equality, and liberty.

This socio-political version of sufism proposed by Shah Wali-ullah had spread to the far-flung regions of the Islamic world. The anti-colonial campaign of Usman Dan Fodio in Western Africa was also a reflection of sufism-inspired activism. The energies of sufism were harnessed towards fighting a war against the colonial aggressors in West Africa in early 19th century.

The Senussi movement also played an important role in fighting a campaign against the imperial regimes in Algeria and Libya. This movement was also sufi in orientation. Abdul Qadir al-Jazaeri’s sufism-triggered activism for the liberation of his country against the French forces is well-documented in history.

Equally important was the crusade of Mahdi Sudani in Sudan against the British imperial regime. Even in Muslim India, the military adventurism of Shah Ismail Shaheed and Syed Ahmad Berelvi against the tyranny committed by the Sikh kingdom was deeply rooted in the socio-political vision of sufism. As established, the spiritual experience of a few ascetics of Basra in late 7th century developed into an anti-imperial social program of action by the end of the 19th century. Sufism has a long intriguing history still awaiting to be explored.