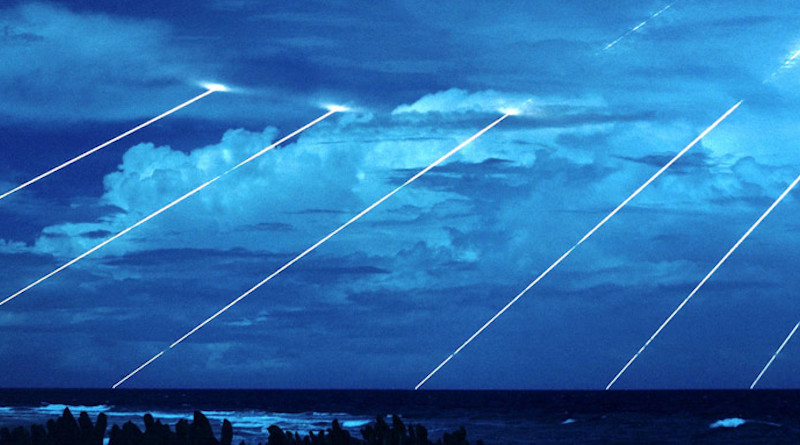 On January 8, 2020, Israel announced an unspecified breakthrough of a laser-based missile interception system to complement the Iron Dome system. The system is still being developed and would take some time to be deployed as a weapons system.1 Since its invention in 1960, LASER, or light amplification by stimulated emission of radiation, has had high global appeal as a weapon. Substantial research has been undertaken by the major powers, with the first space-based x-ray laser anti-ballistic missile weapon system conceptualised by the United States (US) during the Cold War. Codenamed Project Excalibur, the project was shelved in 1992 due to funding issues and disintegration of the Soviet Union.2

According to the Israeli ministry of defence, the breakthrough is in power as well as accuracy of the laser beam overcoming atmospheric disturbances. In this regard, Brig. Gen. Yaniv Rotem, Head of the Directorate of Defence Research and Development (DDR&D), stated: “We are entering a new age of energy warfare in the air, land and sea. The R&D investments made by the DDR&D in the last years have placed the State of Israel among the leading countries in the field of high-energy laser systems. Throughout the year 2020 we will conduct a demo of our capabilities.”3

It is not known whether the US assisted Israel on the current laser-based interception system. In the past, it has often assisted Israel in developing other state-of-the-art military systems such as the David’s Sling and Arrow missile defence system. The US has in recent times conducted advanced research in laser weapons, with 30-kilowatt laser guns installed on naval ships since 2014. Plans are reportedly underway to install and operationalise a 150-kilowatt laser gun on a small naval ship with the capability to strike down a drone or sink a boat.4 While Russia has also apparently experimented with a laser weapon system called Peresvet, its capabilities are not known.5

News reports indicate that the Israeli system would be effective against both missiles and projectiles. It is only logical to infer that a system that is successful against high-speed missiles would also be effective against aircraft and drones. A high rate of fire laser weapon battery could be an effective measure against drone swarms. Two immense advantages of the system, as claimed in the media, are that it would lead to a drastic reduction in the cost of interception as well as overcome the limitation imposed by the numbers of intercepting missiles since the system does not depend on physical interceptors but directed energy. The weapon is also likely to have scalable power against varying nature of targets.

With the ability to both rapidly engage targets in succession and quickly switch from one target to another by tactically deployed batteries, airspace could be rendered virtually impenetrable in clear weather conditions, except for a few hardened aircraft and missiles. This could immensely boost aerospace defence (AD), theatre defence and area defence of any region or nation. These would be the most cost-effective options as the cost of a single shot has been quoted to be just one dollar against tens of thousands of dollars for an Iron Dome missile.6 Such advantages would make it the most sought after anti-access (A2) weapon.

Such a system would be effectively utilisable during peacetime given its ability to respond quickly in the event of a surprise action by the enemy. The very concept of the system implies that it could be brought to alert status in a much shorter timeframe than a missile or a projectile-based system. Moreover, it could probably be kept plugged into AD networks just below the ‘ready to fire’ state, as the Iron Dome is probably being maintained at, and would come into the ready-to-fire state almost instantaneously on a signal from the radar or operator following the detection of a suspicious object/missile trajectory in airspace.

Israel’s Elbit Systems had earlier produced a laser-based countermeasure against infra-red homing missiles called Directed Infra-Red Counter Measures (DIRCM). Installed in many versions on aircraft, the system employs a laser to damage the infrared sensor head of any incoming missile, thus making them go haywire.7 This is, however, a short-range low energy system as the sensor needs a relatively small amount of energy to cause damage. Back in 2006, China had allegedly illuminated and blinded a US satellite.8 Reports also suggest that China possesses giant laser weapons to cripple and blind the US satellites.9 China is also claimed to have deployed laser weapons systems, but apparently these are lower energy systems effective against low, slow and small targets.10

The main hurdles being faced globally in developing the laser as a weapon for destroying targets physically are high energy concentrations required in the laser beam, and the stabilisation of the laser beam at a point on the high-speed target for a sufficient duration to burn and destroy it. One of the solutions that were being considered by the US Department of Defence for its Airborne Laser Programme was chemical lasers for a concentrated burst of high energy.11 However, the programme was abandoned. The latest Israeli system is claimed to be electricity based — possibly another breakthrough.

The stabilisation of laser on the target is the other major issue. Even small vibrations (jitter) tend to sway the beam considerably, especially so over long distances. Laser beams need to be kept focused on a point to cause damage – especially on a very high-speed object like an incoming missile. The ranges being talked about are in hundreds of kilometres.12 Though the problem of jitter in case of ground-based systems would certainly be lesser than airborne and ship-based systems, it cannot be completely ruled out. Besides, accurately tracking a high-speed missile and keeping the laser focussed on it would require very high computational power of the controlling system. These are probably other areas where a breakthrough may have been achieved by the Israelis, which, according to their defence ministry press release, could be put to test many times this year.

Being only the initial development, many necessary details to gauge the success of the Israeli breakthrough are still awaited. It is not clear at the moment as to the rate of fire that would be achievable. Also, how much would be the time interval between shots (due to charging up requirements after discharge of energy in firing the shot as well as thermal management), which would, in turn, govern as to how many weapons would be required per battery. There are also likely to be other issues in this, such as the life of components, failure rate, reliability, maintenance requirement, etc. All this would ultimately dictate the feasibility of procuring such weapon systems to build a credible capability. Going by the concept and nature of Israel’s declaration, it looks promising though. At the same time, the Israeli statement that the system may take some time to be fielded as a successful weapon indicates that there are many challenges still to be overcome and many milestones to be covered.

Such a system would also require high precision manufacture for precise targeting. For military systems, an added requirement would be battlefield ruggedness. Israel has indicated that it intends to develop the weapon system in three categories: a ground-based static system to complement the Iron Dome; a mobile platform based system for the battlefield; and an airborne version to intercept threats above cloud cover.13 Further details on these have not been revealed. Even as the cost of the system is indicated to be very high — likely more so for the non-static versions due to added ruggedness, jitter suppression, etc., the cost of usage would be extremely low.

Target characteristics are also important as hardened/heat resistant missiles like ballistic missiles and hypersonic weapons may be difficult to counter with lasers, though a laser system would be most appropriate against manoeuvring targets like hypersonic weapons. There are countermeasures like giving rotation to the projectile/missile,14 reflective surfaces and ablative coatings which could reduce the effect of lasers. These are invariably likely to be developed as a counter. Whether such countermeasures are catered for in the development of the laser interception system is not yet known.

Laser weapon systems have a major limitation of operation in low visibility conditions like cloud, fog, dust haze and storms, smoke screens and rain since laser beams comprise of light waves. These are restricted to line of sight engagements. Atmospheric disturbances also disturb the beam, which the current breakthrough claims to have overcome. This limitation would constrain these being utilised as an all-in-all AD weapon system and would need to be used complementarily with the other systems. Israel envisions using laser weapons having other layered AD systems viz., Iron Dome, David’s Sling and Arrow missiles, as standby,15 though, in all likelihood, laser weapons would have a major share of targets in clear weather.

For a country like India, with vast airspace across multiple frontiers to be protected, a laser-based weapons system could be the breakthrough needed to contain the escalating costs of air defence and would provide an affordable solution not only for wartime but also peacetime due to increasing non-traditional threats. The threat from drones, in particular, is going to be a big challenge in future, and a laser-based system could provide an effective solution for multiple scenarios. It could become a very cheap anti-satellite weapon too.

India already has the vision for laser weapons as well as the scientific talent to absorb and build on the technology. Two dedicated Defence Research and Development Organisation (DRDO) laboratories — Centre for High Energy Systems and Sciences (CHESS) and Laser Science & Technology Centre (LASTEC) — have been working on developing laser weapons technology for the last few years and achieved initial successes with a vehicle-mounted 1-kilowatt laser weapon system in July 2018. Their aim is to progressively build more powerful laser weapon systems.16

With India in defence partnerships with Israel and the US, and having similar threat perception for future, Israel may be ready to share technology as well as help develop such weapons. Probably the best impetus for India would come from collaborating with them as a joint venture through public-private consortiums. Private companies have also expressed interest to enter into Directed Energy Weapons business.  It is also pertinent to keep in mind that China may not be too far behind in laser weapons technology as it has already let known its intent by targeting the US satellite. The laser-based aerospace defence assets, as and when they are deployed, could prove to be a potent deterrent.