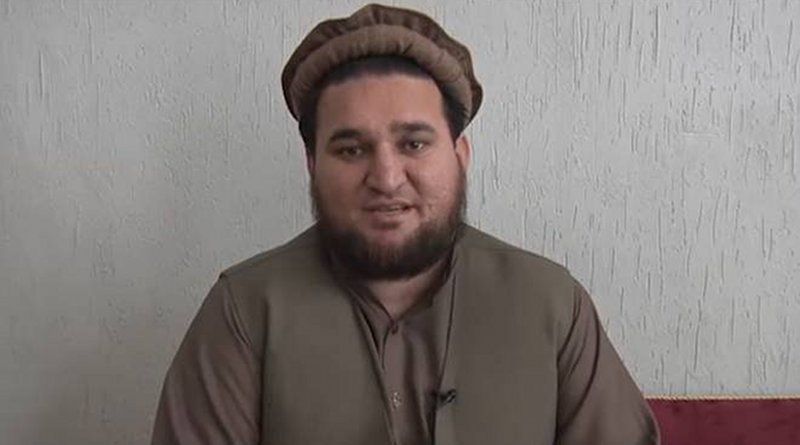 It was The Sunday Guardian, which on January 18, first broke the news that former Tehreek e Taliban (TTP) and Jamaat ul Ahrar (JA) spokesperson Ehsanullah Ehsan who was being kept under detention by the Pakistan army had escaped.

But since there was no mention of this ‘breaking news’ in the Pakistani media, this report generated no debate or discussion. Au contraire, it was treated with such skepticism that people overlooked the fact that the otherwise very hyperactive Director General Inter Services Public Relations (DGISPR) Maj Gen Asif Ghafoor didn’t even come out to rebut this report that appeared in an Indian newspaper and openly ridiculed the professional abilities of Pakistan army.

But now that an audio tape purportedly released by Ehsan has emerged in which he has confirmed his escape, the question which arises is that how did this high-profile terrorist (who belonged to the group that targeted Malala Yousafzai and besides numerous other terrorist attacks in Pakistan had also carried out the despicable Army Public School (APS) Peshawar massacre of innocent school children manage to escape from military custody?

The answer reveals shocking laxity on the part of Pakistan army. Quoting “sources in Pakistan,” Daily Times has confirmed that Ehsan had “escaped from a safe house where he was detained along with his wife and two daughters” and that “The Pakistan Army got to know about his escape on January 12.”

That Ehsan not only managed to escape with his entire family but also succeeded in fleeing the country raises serious doubts about the Pakistan army’s sincerity regarding its war on terror. Even though DGISPR vehemently denied it, but right from the time of his so called ‘surrender’, there were deep suspicions that Pakistan army had struck some sort of a secret deal with Ehsan.

These fears were strengthened when the army (which otherwise boasts about its professionalism and efficiency), failed to file a charge sheet against him even after nearly years and the degree of suspicion of complicity was so intense that the distraught parent of a APS Peshawar victim even approached Peshawar High Court to ensure that  the army doesn’t manipulate the system to get clemency for  Ehsan and thereby facilitate his release!

Now that Ehsan has escaped, those who have lost their near and dear ones in the numerous terrorist attacks carried out by TTP and JA would obviously want to know why didn’t the army incarcerate a hard core terrorist like Ehsan in a high security prison  and instead put him up in a “safe house” where he could enjoy the company of his wife and children?

How could Rawalpindi be so casual is something that Pakistan army chief Gen Qamar Javed Bajwa has to explain to the people and ensure stern action against those guilty of omissions and commissions that allowed Ehsan to escape and flee the country. Not filing a charge sheet in itself is a clear indication of premeditated reluctance on the part of Pakistan army as regards bringing Ehsan to justice is concerned and his escape only further reinforces suspicions of organisational complicity.

In his audio message Ehsan has confirmed that he had surrendered to the Pakistan army in 2017 under “an agreement.” This revelation confirms that the Pakistan army was being economical with the truth while announcing his “surrender” and explains why it never charge-sheeted him. But this is just the tip of the iceberg and more skeletons from Rawalpindi’s cupboard will come tumbling out as the former TTP and JA spokesperson has said, “I will also mention on whose approval this accord (to surrender) was made with me. And what were the terms and conditions of the agreement and which prominent figure had assured me that the agreement will be implemented.”

Ehsan’s claim of having made some sort of an “accord” or “agreement” with Pakistan army officials doesn’t appear to be far-fetched as Rawalpindi has a long history of making Faustian deals with terrorists and one is reminded of former US Secretary of State Hillary Clinton’s observation about Pakistan keeping ‘snakes in its backyard’ and US President Donald Trump’s tweet about “lies & deceit” that Islamabad has been peddling for the “last 15 years.”

The international community has turned a blind eye to Rawalpindi’s perfidy in regards to going soft on certain terrorists for too long and in order to make the world a safer place to live-in, concerted action for compelling Pakistan to cease patronising terrorist groups is the crying need of the hour.

Tailpiece- Since Ehsan has ‘confessed’ working at the behest of Indian spy agency Research and Analysis Wing (R&AW), Pakistan army’s decision to keep him in a ‘safe house’ is in itself highly suspect. So, if Rawalpindi continues to hold that Ehsan is a R&AW operative, then it has to admit that by executing the successful ‘covert extrication’ of its ‘asset’, R&AW has outwitted Pakistan’s Inter Services Intelligence (ISI).  But if this isn’t the case, then it’s obvious that that his so called ‘escape’ has been clandestinely orchestrated by certain influential and powerful elements within the Pakistan army for whom Ehsan was proving to be a hot potato?