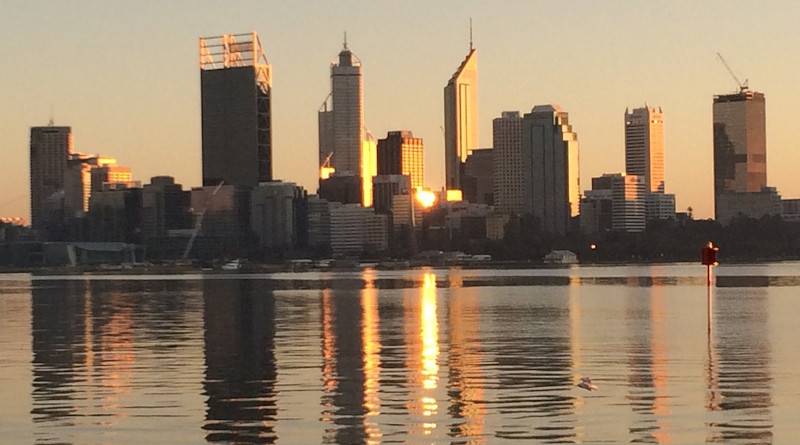 Australia hasn’t had a recession for 29 years. Economists are now warning that the coronavirus (COVID-19) is almost certainly driving the country towards it and thus exposing Australia’s heavy dependence on China for its economic prosperity.

Until the mid-1970s Australians were paranoid about a ‘yellow peril’ (the Chinese takeover) and practiced a ‘White Australia’ policy that kept Asians away from migrating to the vast continent.

While the old racism has resurfaced again with reports of racist taunts against Chinese in some parts of the country, yet, Australians are grudgingly realizing that the ‘yellow peril’ is in fact a ‘yellow uncle’ without whose prosperity (trade with China) Australia’s high living standards and easy-going lifestyle will be at peril.

As the number of people infected by COVID-19 has reached 70, Australia is starting to count the economic cost of the epidemic on the economy. The major impact on Australia is on tourism, education, retail and even mining sectors.

Higher education sector is worth AUD 39 billion (USD 26 billion) to the economy and due to a travel ban on Chinese entering Australia, about 100,000 Chinese students are unable to come to Australia to begin their academic year, which started this month. About two-third of them are those already studying here and have gone home for the summer vacation from December to February.

At the University of Sydney where international students from China make up 24 percent of their 71,000-student population, the travel ban on the Chinese is expected to cost the university over AUD 200 million (USD 133 million), if not lifted soon. About 14,000 of the 17,000 Chinese students are believed to be stranded in China.

According to a Centre for Independent Studies report published August 2019, the University of Sydney has received more in fees from Chinese students in 2017 than any other university with a total of AUD 500 million (USD 233 million), equivalent to one fifth of its aggregate annual revenue. Earlier in the week beginning March 2, University’s chancellor Belinda Hutchinson said that in just three weeks, the university had put 1087 units of study online for students to study in China for the next five weeks.

Beginning in the 1990s, recognizing the lucrative business of selling education to the rising middle-class Asian populations, especially in China, successive Australian governments cut funding to its universities and encouraged them to go out and recruit students from Asia. China and India became the most lucrative markets. Overseas students, along with tourists and mining exports are three of the biggest foreign exchange earners for Australia.

Curtin’s vice-chancellor Deborah Terry told ABC Radio that course work and videos of lectures had been placed online. But some educationists fear that this trend may bring down the quality of the education offered by universities.

Australian educational institutions are also facing problems with China’s Internet firewalls and are trying to go through third parties already operating in China to connect with their students. International Education Association of Australia chief executive Phil Honeywood told ABC “universities are finding they can pitch into China, via third-party companies that have contracts into China, and by their own learning management systems”.

With the foreign students market a multi-billion-dollar industry here, New South Wales State Minister for Tertiary Education Geoff Lee admits that the corona virus has shown how dependent his state is on Chinese students for its largest service export industry.

“It will have an impact on employment of sessional staff — casuals and part-timers. And it will have a long-term effect on research,” Lee told Sydney Morning Herald. Industry sources say that the tertiary sector is facing losses to the tune of AUD 8 billion (USD 5.3 billion).

Besides, the tourism sector that has been hit badly by the bushfires between October 2019 to January 2020, and was limping back into business, is now facing a bigger crisis with the COVID-19 outbreak.

A recent Tourism Council survey of Western Australian tourism businesses found 80 per cent of the businesses were experiencing an impact from the virus. According to the Western Australian Chamber of Commerce chief executive Chris Rodwell, the sector had already lost AUS 250 million this year because of the outbreak. He told a seminar organized by the Chinese consulate in Perth that the impact of coronavirus “is across the entire industry”. Perth is the Australian city closest to Asia with a travel time of between 3 to 4 hours.

Taufiq, a tourist bus operator at Sydney airport told IDN that last year he invested over AUD 100,000 in buying a 12 seater bus to transport tourists from the airport to their city hotels. “I used to get a lot of Chinese tourist groups,” he said. “Now almost no customers and I have to pay 400 dollars a week for servicing my debts.”

Perth beekeeper and honey shop operator Rupert Phillips told ABC Radio that a lack of Chinese tourists patronizing his shop has forced him to lay off a number of his Mandarin-speaking staff.

He is also unable to service overseas orders for his honey – which Asian buyers see as clean and green – because coronavirus has restricted packaging supplies coming from China. “We’ve had a couple of our packaging experts say to us that a lot of stuff isn’t making it out of China in sea containers at the moment,” he said.

The onslaught of the virus in China has also hit the Australian mining sector with a sharp dip in the export of iron ore, copper and zinc. Industry sources say it is due to a standstill in construction activity in China.

To avoid recession, the Australian government is expected to announce a multi-billion-dollar stimulus package in the week beginning March 9. Federal Treasury Secretary Stephen Kennedy said that any stimulus package would come in two broad phases.

One targeted at assisting sectors directly affected by the fall-out from the coronavirus, such as the services sector, tourism, and education. The second phase would be directed at households, to keep up consumer confidence and household spending.

Prime Minister Scott Morrison on announced on March 6 a joint COVID-19 health fund, with the State Governments and the Federal Government together contributing AUD 100 million as down payment.

The Australian Council of Trade Unions (ACTU) has meanwhile warned that the biggest impact would be on the 2.6 million Australians who make a living as casual workers. They are not only in the tertiary sector but are also widely employed in retail and tourism. The ACTU said that this will increase Australia’s unemployment rate that in turn will be an added burden on the budget for unemployment benefits.

ACTU’s Sally McManus said in a Twitter message that casual employees who show COVID-19 symptoms should be able “to take sick leave without the fear of losing their jobs or their incomes”.