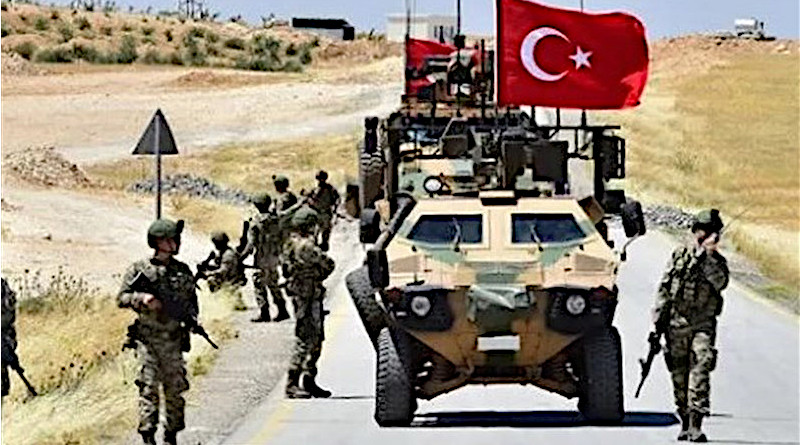 Turkish President Recep Tayyip Erdogan announced a major counteroffensive against Assad-backed forces last week that could have resulted in the deadliest confrontation so far in Syria’s nine-year civil war — with Turkey, a NATO member, on one side and Russia, NATO’s foremost adversary, on the other. The announcement followed air and artillery strikes on Turkish positions in Syria by regime forces with Russian support, killing more than 50 Turkish soldiers.

The Turkish people have mostly supported Erdogan’s aggressive plans to obliterate any Kurdish ambitions for an autonomous region in northern Syria, which could encourage Kurdish areas in southeast Turkey to seek the same. But with the number of Turkish military casualties climbing, there is a palpable tension in Ankara as the nation comes to grips with the costs of what Erdogan had hoped was a tactical gambit of troop deployments and arming forces opposed to Damascus. A tense discussion in parliament about Turkey’s military involvement in Syria ended with members exchanging insults and blows because Ankara now appears stuck in a quagmire it had hoped to avoid.

Erdogan defied his NATO allies to work alongside Russia and the perennial international pariah Iran to negotiate a de-escalation zone in Idlib, the last bastion of opposition to the Assad regime. The zone has turned out to be a seine net, isolating opposition forces in one region for Assad, with Russian and Iranian backing, to concentrate his forces for the final assault. Erdogan’s planned counteroffensive would drive Kurdish forces away from Turkey’s southern border, stem refugee inflows from Idlib, silence domestic critics and distract from Turkey’s economic woes.

However, he omitted to factor in what Russia has already spent on its involvement in Syria; the routing of the opposition and the domination of Idlib province by Assad’s forces is the very least that is required to justify that expenditure. It is therefore not surprising that Russian warships are crossing the Bosphorus en route to Tartus, and Ilyushin airlifters are headed for Latakia. Moscow is rushing to reinforce parts of Syria with troops, tanks and armored vehicles in a buildup reminiscent of last year’s dash to fill the vacuum left by US troop withdrawals. Instead of the occasional one or two warships, more than five and counting have traversed the Bosphorus in the past week alone.

So far, Turkey has shown no interest in closing the strait, which would deny Russia a maritime route to Syria, opting instead to replace the usual coast guard escort with navy patrol boats and helicopters. That may help with intelligence gathering to determine what sort of Russian military hardware and personnel are headed for Syria, and therefore how far Putin is prepared to go to help Assad. Nor would closing the Bosphorus deter Russia, which would simply use its control of Syrian airspace to move personnel and armaments rather than risk war with a NATO country.

It also suggests that Turkey is not as keen on escalating tensions as developments on the ground in Syria and bold declarations by government officials might suggest.

First, Ankara insists the planned counteroffensive — about 300 F-16 fighter jets, 14 submarines and 400,000 troops — is not a show of force to Moscow but rather a response to Assad’s violation of the de-escalation agreement.

Second, Erdogan’s priority was not to demonstrate lethal intent but to request a meeting with Putin to agree to a cease-fire to allow tensions to cool and give diplomacy room to work in, given what is at stake and how much both sides are eager to see their goals realized. However, the cease-fire is an agreement only between Turkey and Russia to avoid the use of their heavy weaponry against each other; it does not and will not stop the skirmishes between the Assad regime and opposition groups, who were not even invited to the impromptu Moscow meeting.

Ultimately, the Syrian war is nearing its end. Opposition forces are still capable of fending off regime advances and weathering air strikes, as evidenced by destroyed armored vehicles and downed jets. However, much of those capabilities are lost without support from Ankara, which finds itself in the throes of a public debate regarding Turkey’s involvement, not helped by a growing crisis of confidence in the Erdogan government stemming from domestic woes and compounded by the mounting war dead.

Meanwhile, continuing apace are the Assad regime’s designs on the last opposition stronghold, the final frontier in a long war that has seen many participants come and go, led to massive loss of life especially among civilians, displaced millions of Syrians and caused untold suffering — even in refugee camps meant to provide safety and relief.

Moscow’s support for Damascus will also continue, even if it worsens the conflict, as with Russian troop deployments to protect regime gains in Saraqeb aimed at securing the strategic M5 highway — an economic artery that connects Syria’s four largest cities, and cuts through Idlib. Control of the M5, which before the war sustained up to $9 billion worth of commerce a year, is control of Syria. The Assad regime will do just about anything to regain it.

Home » Erdogan, Putin And The Beginning Of The Endgame In Syria – OpEd