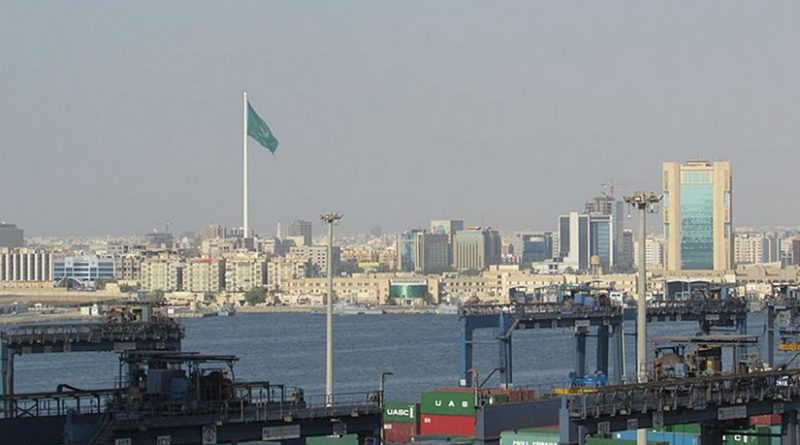 Washington’s influence in the world and the Middle East wanes, Gulf countries are weaning themselves from their traditional orientation toward and dependence on the United States. America’s post-war political and economic supremacy in the region is now threatened as a result of its own foreign policy, but equally so by the rise in importance of the emerging powers. No country has capitalized on the shifting landscape more than China, which has, consistent with its actions globally, moved assertively to strengthen its ties with the Gulf region generally and in particular with its most important economic and political power, Saudi Arabia.

From the Chinese perspective, energy security lays at the heart of the bilateral relationship with Saudi Arabia, as has been the case with many of China’s most important strategic relationships over the past decade. China has adopted a multi-tiered foreign policy designed to acquire and secure long-term energy supplies by diversifying its sources of oil and gas, engaging in ‘energy diplomacy,’ and establishing energy reserves. With the world’s largest oil reserves, Saudi Arabia was bound to play an important role in Chinese energy policy.

The Kingdom demonstrated its intention to adopt an independent approach to global affairs more than 20 years ago by holding talks between the former Soviet Union and Afghan rebels in 1988. China and Saudi Arabia signed a Memorandum of Understanding and opened commercial offices in each other’s countries that year as well, which led to the formal establishment of diplomatic bilateral ties. Their relationship has steadily grown since then. Just as China has been vociferous in its pursuit of a deeper relationship with the region, Saudi Arabia has been the most assiduous in the region in cultivating a stronger relationship with China. For this reason, Saudi Arabia has, since 9/11, been perceived with some suspicion by America – even during the Bush years. King Abdullah’s first foreign visit upon assuming the throne was to China. And President Hu has paid two visits to Saudi Arabia in the span of three years.

Saudi Arabia cast its eye on Asia with greater fervor over the past decade, recognizing that Japan’s thirst for oil, combined with China’s and India’s economic growth and increasing influence in the global economy, meant that Asia will eventually replace North America and Europe as the largest consumer of Saudi oil. In 2009, Saudi oil exports to the U.S. fell to 989,000 barrels per day – the lowest level in 22 years, and down by a third from 2008. By contrast, Saudi oil exports to China doubled between 2008 and 2009 to more than a million barrels per day. The Kingdom now supplies a quarter of all of China’s oil imports. The economic importance of each country to the other cannot therefore be exaggerated.

A substantial boost in Chinese exports to Saudi Arabia occurred after 2000, when Chinese products became more price-competitive. As a result of rising oil prices in the early part of the last decade, Saudi Arabia’s appetite for Chinese products rose dramatically. Between 2002 and 2004, Saudi imports from China jumped by 160 percent — a growth rate not matched by any other country during this period in value terms. In 2006 Chinese President Hu declared a desire to boost bilateral trade between the two countries to SR150 billion by 2010. By 2008 Saudi exports reached SR116 billion and imports from China reached SR40 billion, when the volume of oil exported by the Kingdom to China reached 720,000 barrels per day.

The Kingdom is already China’s largest trading partner in the greater Middle East, and China is Saudi Arabia’s fourth-largest importer and fifth largest exporter in general. Chinese industrial products are increasingly replacing western goods in Saudi markets, which is impacting Saudi attitudes regarding the relative importance of China – and therefore the West – in long-term strategic relations. If China signs a free trade agreement with the GCC, China’s perceived importance to the entire region will grow.

The truth is that many in the GCC have grown tired of U.S. pressure on fighting terrorism and perceived U.S. interference in domestic affairs. Many Gulf states find their burgeoning relationship with China refreshing, in that China — which itself objects to perceived U.S. interference in its domestic affairs — tends not to do the same with its trading partners. But China’s cordial relationship with Gulf States is not without sensitivities. In particular, China’s repression of Muslims in Xinjiang Province has complicated its political dialogue with states in the region. Religious activists in the Gulf are bound to draw parallels between Xinjiang, Gaza, and Kashmir. Ultimately, the strength of the region’s economic relations with China will dominate its political relations with China, and any disagreements over state political policy will take a back seat to ensuring that regional and bilateral relations remain cordial and on the right track.

Presuming that the acquisition of oil remains central to China’s economic and foreign policy, it will not be long before China will want to take its relationship with Saudi Arabia to another level. It will want to transform its relationship from that of a somewhat bashful suitor toward a more formal engagement. To do so, it must choose between working within the confines of the post-War diplomatic landscape crafted by the United States, or challenging that order in bold fashion. Doing so would break the century-long dominance America and its allies have had on Gulf diplomatic relations and enable China to truly begin to mold its bilateral and regional relations in its own image. This choice may come sooner than China, or the West, may imagine, for China’s political power has in many respects already outstripped its economic power – something pundits tend not to focus on. For example, China has unleashed a fiscal and diplomatic tidal wave in an effort to secure economic resources in Africa for the better part of a decade.

But would this be something China actually seeks? Breaking the status quo ante and undoing a century of history and influence would entail enormous effort in terms of persuasion, fiscal largesse, influence peddling, and relationship building. Africa was a relatively easy nut to crack – most African nations need the money and infrastructure China has provided, and are drawn to China simply by the fact that it has pursued a relationship with them. But the Gulf does not need China’s money, or its infrastructure, and is not generally so easily accommodating to such overtures.

So what would China need to do to accomplish a similar feat in the Gulf? It would need to replace the security umbrella the U.S. has so carefully crafted over the past 60 years. This is clearly not something that will be easily achieved – if it can be achieved at all. China is not a global naval power—although Beijing is building its capabilities in that regard – through the protection of international shipping against Somali pirates right off the shore of Saudi Arabia from the Red Sea. But it has projected its military power in the Gulf since the 1980s through missile proliferation and arms sales. Saudi Arabia purchased intermediate range CSS-2 missiles from China in 1988, raising suspicion at the time about the Kingdom’s nuclear ambitions. China met an important strategic need for the Kingdom that America would not agree to meet. The U.S. has continued to measure its military support for the Kingdom with its strategic imperatives for Israel – something China has not and will not do.

Chinese behavior in the Gulf is primarily driven by two potentially contradictory factors. One is China’s newly-found status as a ‘stakeholder state’ favoring regime stability. But this is somewhat inconsistent with China’s tendency to elbow its way into relationships it deems important, and its history of dictating the terms on which it will address topics of critical perceived importance. China is also still finding its footing on the global stage, and at times clumsily manages bilateral relations. The other is the Chinese quest for energy in light of its economic explosion, the opportunistic pursuit of which may lead China to have a destabilizing influence in the Gulf. Saudi Arabia has hinted that it may increase oil shipments to China in times of military crisis, which could prompt China to overstep its reach in the Gulf, and elsewhere.

For now, Saudi Arabia will keep a foot in both the American and Chinese camps, judging that its own long-term interests are well served by maintaining the comparative advantages offered by both nations. That said, the pendulum is clearly shifting toward the Chinese camp. In time, as the Kingdom’s economic ties grow firmer with China, their military relationship will expand. As China’s military power comes to match its political and economic power globally, it will become Saudi Arabia’s strongest military ally. However, a potential roadblock stands in the way—the Shanghai Cooperation Organization (SCO). If the SCO brings Iran, from observer to member status, then the calculus may change as Beijing, and Moscow, arrive at the Gulf through a Persian doorway.

Overall, China’s strong trading relations with Saudi Arabia, and its bitterest rival – Iran — predate the Iraq war, but the new geo-strategic landscape created by Iraq, Iran, and AFPAK, has changed the dynamics of the relationships. With Saudi Arabia unhappy about the effects of U.S. policy in Iraq and quietly seeking ways to loosen the U.S. stranglehold over it — and with Iran keen to shore up support against potential U.S. aggression as it presses its case for nuclear capabilities as it prepares to fill the vacuum anticipated in Iraq after a U.S. withdrawal — both countries have an interest in cultivating the Chinese connection. At the same time, China has been actively pursuing its energy interests within Iraq, and specifically in the Kurdish region with policies apparently boosting Kurdish separatism. China is quickly becoming the regional power that Riyadh recognized more than two decades ago.

Source: This article was produced by INEGMA, the Institute for Near East and Gulf Military Analysis based in Dubai.