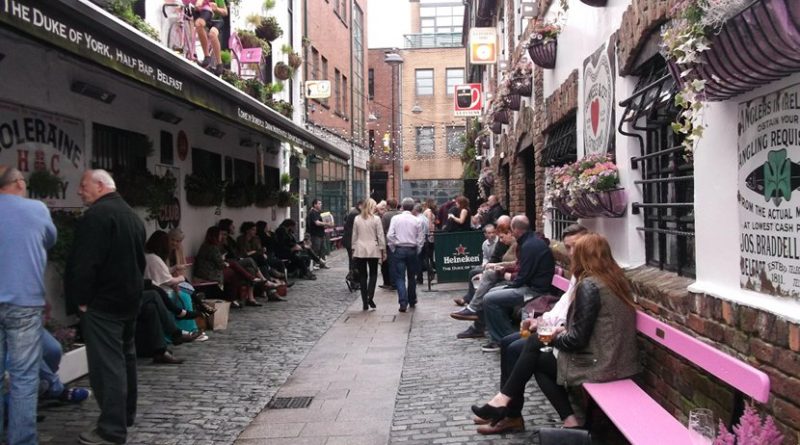 Tuesday is the 20th anniversary of the 1998 Good Friday agreement which sought to put an end to more than 30 years of conflict stemming from tensions between Protestants and Catholics in Northern Ireland.  While the deal has achieved significant success, it now faces a new test with Brexit that raises the specter of a “hard border” between Northern Ireland and the Republic of Ireland, and the threat of renewed sectarian tensions.

Less than a year before the United Kingdom is scheduled to leave the EU, and despite last December’s interim Brexit agreement and March’s transitional deal, progress has been slow on the future status of the border between the Republic (which will remain in the EU) and Northern Ireland (which, as part of the UK, will leave).  Indeed, Ireland may be the last big Brexit block to a final EU-UK deal.

To be sure, all parties have repeatedly stated their desire to avoid any kind of physical border or visible customs checks, and the preference of all sides is to keep an open border in the context of an over-arching future post-Brexit UK-EU trade deal. But Brussels insists such a frictionless border is incompatible with Prime Minister Theresa May’s promise of the UK leaving the EU customs union.

Last year, the EU’s chief Brexit negotiator Michel Barnier and European Parliament chief negotiator Guy Verhofstadt poured cold water on the UK’s Brexit negotiating publication on Ireland, with its call for continuation, post-Brexit, of the current soft border even if Northern Ireland left the customs union.  Verhofstadt described London’s positions as a fantasy, and Barnier repeated that UK officials appear still not to understand that “frictionless trade is not possible outside of the European single market and customs union,” given the longstanding EU commitment to the four freedoms of goods, capital, services and people.Some of the rhetoric from Verhofstadt and Barnier is aimed at turning the screws on London in the negotiations, and EU decision makers need also to engage much more constructively.  But Brussels rightly believes the UK government is still not fully reconciled to many key negotiating trade-offs, apparently wanting close, favorable post-Brexit ties without the costs.

Given the difficulty of finding a breakthrough, the UK and EU have agreed a “backstop solution” unless or until an alternative solution is agreed by all sides to ensure there is no hard border.  Under this backstop, Northern Ireland would remain “in full alignment” with the EU customs union and single market, with harmonisation with the Republic over customs, VAT, energy, environment protections, and agricultural and fisheries laws.  Under this so-called “special EU status,” Northern Ireland would also adhere to EU rules on state aid and be under the jurisdiction of the European Court of Justice in these areas.

In effect this would mean Northern Ireland submitting to EU economic rules and, potentially, becoming politically isolated from the British mainland.  On these issues, May is on a diplomatic tightrope given her political pact with the Democratic Unionist Party (DUP), whose contingent of 10 MPs from Northern Ireland has agreed to support her government in Westminster on key votes.

The DUP is sensitive to any post-Brexit arrangement for Ireland that would leave Northern Ireland out of sync with the rest of the UK (England, Scotland, and Wales), given its strong commitment to remaining in the union.  And this position is shared by most within the unionist community in Northern Ireland.

Take the example of Lord Trimble, who was the leader of the Ulster Unionists (a more moderate party than the DUP), and the inaugural First Minister of Northern Ireland; at the time of the Good Friday Agreement, he won the Nobel Peace Prize.  He warned this week that any Brexit deal that leaves Northern Ireland with special status in the EU would kill a key tenet of the 1998 peace accord that there would be no constitutional change without majority consent in Northern Ireland. And Trimble warned of the possibility that loyalist paramilitary groups could be provoked into action, again, if that core principle of consent were threatened.

The position of the DUP is also supported by most, if not all, MPs in May’s own Conservative Party.  Part of the reason for this is that allowing Northern Ireland to be treated differently from the rest of the UK would be a political fillip to the Scottish National Party and others in England and Wales who want to see the UK remain in the single market and customs union.

Scottish First Minister Nicola Sturgeon has said that if Northern Ireland were allowed to operate under different rules there was “surely no good practical reason” why other parts of the UK could not do the same.  This is a message echoed by Welsh First Minister Carwyn Jones and London Mayor Sadiq Khan.

Taken overall, significant distance still needs to be bridged if a big breakthrough on Ireland is to be secured.  Failure to move forward in the coming weeks will not just potentially delay already tight overall negotiating timelines, but also increase the prospect of talks breaking down and a hard, and potentially disorderly, Brexit in 2019 or beyond.

Home » Ireland’s Border And The Threat To Brexit – OpEd