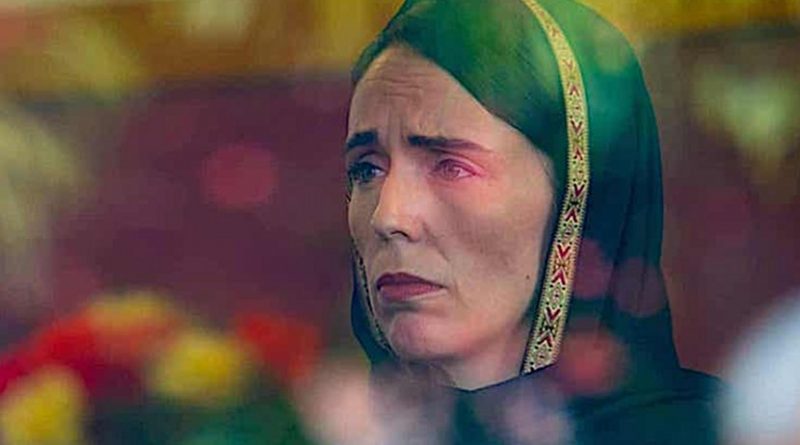 White extremism and terrorism may appear to be uncoordinated and spontaneous. It certainly lacks the ‘viciousness incarnate’ tag conferred by the media and certain commentators when referring to Islamic terrorism associated with the brands of Al Qaeda, Hezbollah or ISIS or to Tamil terrorism in the form of the LTTE.

But it would appear to be far from spontaneous as the feeling of resentment of the perceived minority non-white migrant threat to centuries of white supremacy spreads perniciously among white populations, especially among the working classes. (Read Kalinga Seneviratna’s ‘Why a White Christian Isn’t Called a Terrorist’).

This feeling of white supremacy being threatened feeds the extremist ideology. New Zealand woke up to its own white extremist terrorist carnage on March 15, 2019 when worshippers at the Christchurch mosques were brutally targeted.

A white man with a semi-automatic gun went to the Al Noor mosque in Christchurch (and later the Linwood mosque), New Zealand and mowed down 50 worshippers. Another 49 were injured, many critically, and hospitalised. Some later succumbed to their injuries. This was a mindless act of white terrorism in the idyllic land of the ‘Long white cloud’.

The killer apparently sent his murderous manifesto in advance to a number of people, including to Prime Minister Jacinda Ardern, who tearfully expressed her sincere regrets at not being able to take preventive action as no location had been indicated by the perpetrator. She condemned the act as an “extraordinary and unprecedented act of violence”.

Ardern stood tall as an international stateswoman as she donned a head scarf herself in sympathy with the grieving Muslims and fearlessly mingled with the mourners. Her condemnation of the dastardly act of terrorism was unequivocal and words were not minced.

The quiet, laid back and relatively prosperous land beyond the blue yonder that is New Zealand was left reeling in shocked disbelief. While worshippers in mosques had previously been the target of terrorist violence, in Sri Lanka, Iraq, Syria, etc, this was a chilling introduction to the world of sectarian violence to New Zealanders.

While the right wing media sought to explain the terrorist’s motives by referring to his troubled youth, (“the curly haired angelic blond boy gone astray’), Prime Minister Ardern robustly refused even to mention his name. Encouraged by Ardern’s firm leadership, many from different races and religions paid floral tributes at the mosque in a demonstration of public revulsion at the vile deed. Services were held in numerous Christian churches in New Zealand in memory of the slain Muslims. It was touching to see on television three East Asian women kneeling to express their sorrowful condolences in Buddhist fashion outside the mosque.

Muslims praying in front of the Al Noor mosque were symbolically protected on March 20 evening by hundreds of locals, including tattooed bikers, moments after a large crowd of men, including Maoris, performed a massed Hakka in sympathy.

Reflecting New Zealand’s gentle and refined approach to law enforcement, the killer was arrested and produced before the courts unharmed with his image blurred on Television. This was in sharp contrast to the heavy handed monstering of a young boy by a number of thuggish minders after the boy had expressed his outrage by throwing an egg at an egg headed Australian politician, Senator Frazer Anning, who had seemed to justify the massacre in the mosque and blame it on Islamic immigrants. The big made Anning was videoed turning round and punching the boy and “Egg Boy” went viral instantaneously. Anning was later censured by the Australian Senate for his appalling comments.

New Zealand’s GDP is around USD 37,820. The population gets more agitated by poor performances of the All Blacks rugby team and the national cricket team than by the 0.7% growth rate recorded by the GDP.

Originally occupied by the Maori people, New Zealand’s population today consists mainly of people of European descent, with the Māori being only 14.9 percent. Asians constitute 11.8 percent of the population and non-Maori Pacific Islanders 7.4 %. Most new migrants come from Britain and Ireland. 140,000 of the Maoris live in Australia.

The largest Māori tribe (iwi) is Ngāpuhi with 125,601 people. Auckland is the most ethnically diverse region in New Zealand with 59.3 percent identifying as Europeans, 23.1 percent as Asian, 10.7 percent as Māori and 14.6 percent as Pacific Islanders. With the influx of Chinese, Japanese and Korean tourists, Auckland takes the appearance of Hong Kong or Singapore in the summer.

The Maori accepted British sovereignty under the Waitangi Treaty in 1840 and very soon the native people, who were guaranteed control over their land, began to come under pressure, often in contravention of the treaty, to relinquish their land or the land was simply acquired by force to satisfy settler interests.

The result was the bitterly fought Maori Wars which lasted close to 30 years. The Maoris, outnumbered and out gunned, fought tenaciously but were eventually subdued brutally by the forces of the biggest empire that the world had ever known. The Maori also paid a heavy price as 16,000 square kilometres of their land was confiscated by the crown and they were reduced to second class status. The defeated Maoris suffered from social marginalization and disintegration, poverty, introduced diseases and alcoholism.

Although it was with the now minority Maoris that the settler New Zealanders had the uneasiest relationship for a long time, Muslim and other Asian migrants may be providing ready fodder to white extremists. Asian children tend to perform much better academically and their parents move into higher economic strata quickly arousing feelings of envy.

The Chinese, in particular, have tended to arouse anti-Asian sentiment readily. Resurgent China, with massive financial reserves to spare, has been acquiring New Zealand assets, including farm land, causing the government to tighten foreign investment rules. Chinese investments are the unsaid target of these tightened rules.

In recent times, successive New Zealand governments have taken proactive measures to restore some of the land confiscated or pay compensation for past wrongful acquisitions and the Maori have begun asset their rights more proactively and rely on the legal system to rectify the injustices of the past. Seven seats in the Parliament have been reserved for the Maori since 1868. Today the Maori language enjoys official status. No New Zealand All Blacks rugby team is complete without Maori players and the battle cry of the All Blacks is the Maori Haka.

Inter-racial marriages between the Pakeha and the natives happen frequently while Maoris socialise comfortably with the Pakeha. They have also begun to occupy senior positions in government and business. I met an acclaimed photographer who firmly asserted his Maori ancestry although it was not obvious from his features. Maoris can access special government funds to start businesses.

Maoris control many businesses today. They are prominent in agriculture and tourism. Tourism is fast becoming a top foreign exchange earner for New Zealand and Maoris own many of the facilities from large areas with thermal springs, forest reserves, and picturesque farm lands to hotels.

I visited a large farm consisting only of extensive hot houses producing tomatoes and capsicums exclusively for the lucrative Japanese market. The carefully nurtured pine forests supply timber to a world market that is increasingly selective of the origins of the timber. The Maori village in Rotorua, which is also famous for its geyser and bubbling mud pools, is one of New Zealand’s top tourist attractions.

New Zealand continues to be a leading exporter of agricultural products, and China is its premier market. Frontera, the dairy co-operative relies on thousands of farmers to produce the milk it needs. Frontera’s net profit for the year 2017 fell 11 percent to $745 million, compared with last year’s $834 million – still a sizable profit. Revenue climbed about 12 percent to $19.2 billion, but milk volumes fell about 3 percent. China has begun to apply strict controls on milk and other dairy imports from New Zealand since the melamine scandal.

China appears to have retaliated in a measured way. It has just hosted Prime Minister Ardern. The long awaited bilateral visit has occurred and China is now likely to participate in the much postponed launch of the New Zealand-China tourism initiative. The delays experienced in clearing New Zeeland’s agricultural exports to China will now be addressed.

Ardern, during her whirlwind visit to Beijing witnessed the signing of the bilateral double taxation and tax avoidance agreements. While there she emphasised that the relationship with China was “… one of our most important and far reaching relationships”. Visiting Beijing in the immediate aftermath of the Christchurch massacre has been appreciated by the Chinese leadership.

*The writer, former Ambassador and Permanent Representative of Sri Lanka to the United Nations, and former Foreign Secretary, returned recently from a visit to New Zealand.﻿