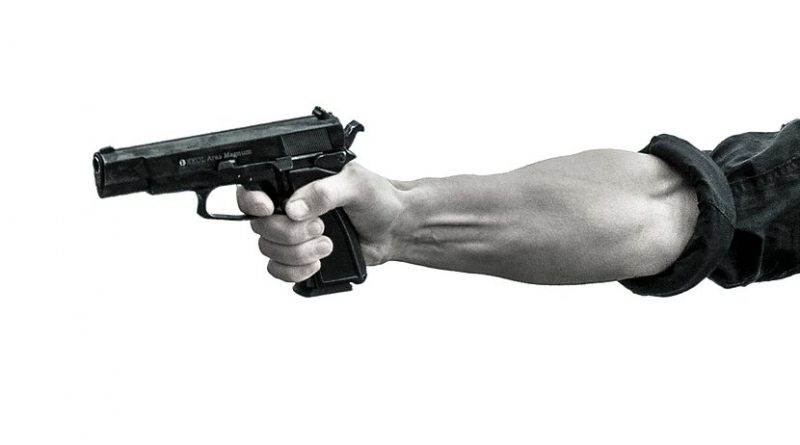 What is a mass shooting? How do we define it? Is there any point in studying a phenomenon that is impossible to prevent, when the more practical option would be to focus on defensive measures? On April 6, the National Institute of Justice (NIJ), an agency within the Department of Justice, published a report titled Advancing Mass Shooting Research to Inform Practice. Its purpose is not to provide statistics on mass shootings but to examine the problems of defining “mass shooting” and the flaws in how various organizations attempt to collect data on these acts of violence.

The report was put together by a team of current and former law enforcement officers and a “multidisciplinary collection of scientists from several U.S. universities.” Among them was general agreement on what makes most studies of mass-shooting incidents unreliable.

What’s In A Number?

There is no uniform definition of a “mass shooter” or a “mass shooting.” The NIJ team pinpointed why this is the case. Various governmental agencies and private entities define a mass shooting as the indiscriminate killing of four or more people in a public place. However, such a definition is fraught with deficiencies.

Why, to begin with, should the number of people killed determine the classification of mass shooting? Why not three or more? Why not five or more? Why cannot a shooting that results in no fatalities but multiple casualties also be classed as a mass shooting? What was the shooter’s intent and motive? These were all questions considered by the practitioners (the law enforcement personnel) and the researchers (the scientists) involved in producing this report.

“That number [four] seems arbitrary,” the report quotes one practitioner as saying. “It should have less to do with efficiency, [that is, the] number of people in the room, etc., than the intent of the offender.”

“You have to include nonfatal injuries,” another points out. “They all intend to kill, but if they are a poor shooter, you still have the same dynamics and personality – they just didn’t know how to operate the weapon.”

The NIJ team also considered the problems of using credible sources to compile accurate statistics. Data on “gun violence” are notoriously unreliable, after all. A large proportion of that data is collected by groups that have an anti-gun agenda. Thus, they will include suicides and accidents in gun violence numbers to paint a picture far grimmer than reality.

When most people hear the term “mass shooting,” they think of an armed individual, or perhaps two, opening fire indiscriminately in a public place and killing several people. How indiscriminate does the shooting have to be, though? If a disgruntled former employee walks into a factory and shoots five people – each of whom the shooter deliberately targeted – is that not also a mass shooting?

One could argue that, since the aforementioned hypothetical scenario was a shooting of multiple people, it should naturally be classed as a mass shooting. On the other hand, it was not an act of random violence but the premeditated killing of five targeted individuals. A mass murder, perhaps, but a mass shooting as the public has come to understand such a term? Not really.

What most lay people consider a mass shooting is a scenario in which the number of victims is limited only by one of three outcomes: the shooter takes his or her own life, armed responders arrive on scene and neutralize the threat – either by disabling, detaining, or killing the shooter – or the shooter runs out of people to shoot.

The NIJ report does not form a final conclusion as to how a mass shooting should be defined. Instead, it suggests:

The Dilemma Of Definition

Such an approach is a two-edged sword, though. On the one hand, the definition of mass shooting should, indeed, be more flexible. On the other, this new flexibility must be tempered and constrained within certain boundaries. Otherwise, it would be too easy to class almost every crime involving a firearm as a mass shooting. The result? Entities with interest in eroding Second Amendment rights would soon be claiming that the United States is plagued by thousands of “mass shootings” every year.

The only proper definition of a mass shooting is one that checks all the boxes without being so vague as to allow for misuse of the term. Also, it must be a definition that draws a distinction between the evocative term “mass shooting” and acts of terrorism, targeted killings, and gang-related shootings.

An individual opening fire indiscriminately in any space occupied by multiple persons is really the only safe definition of a mass shooting. The premise is that there was no limit to the number of potential casualties and the shooter was motivated only by the desire to kill, rather than by the desire to kill specific individuals, for specific reasons, or by the intent to commit other crimes – such as robbery – or was engaged in the attempted elimination of members of a competing criminal organization.

The mass shooter, then, is more like the disorganized serial killer but with major differences, in some cases: The mass shooter can be triggered by any number of tragic events or circumstances – real or perceived – and yet may or may not have been an otherwise balanced and upstanding member of his or her community. Not so with the serial killer, who invariably has suffered for much of his or her life with one or more personality disorders.

Back to the NIJ report, though, which does little to advance the study of mass shootings. This being the case, one must ask why such a study has been conducted at all. Perhaps the NIJ had a surplus budget it was compelled to put to some use, or maybe the intent was to bring the subject of mass shootings back into the public consciousness. Either way, it seems that little can be gained by trying to figure out why mass shootings occur. Far more important is the business of quickly ending them.