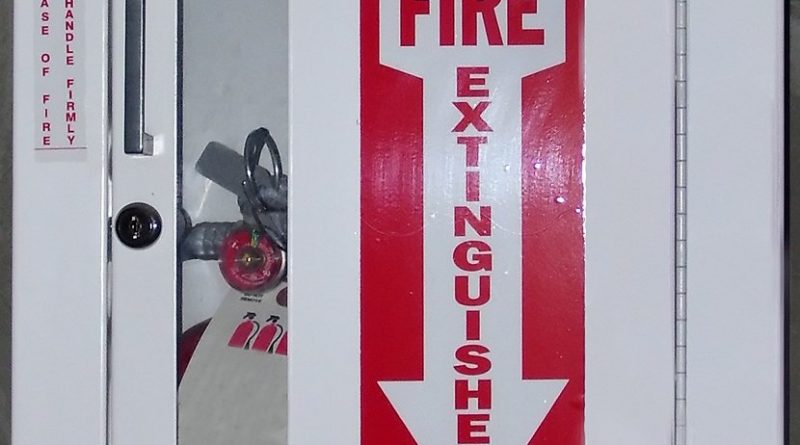 (Note: This article has been updated to include a response from Airbnb to this report. That full statement can be found at the end of the article)

Many US Airbnb venues may be falling short on fire safety, indicate the results of a snapshot survey of more than 120,500 rentals in 16 cities, published in the journal Injury Prevention.

While the data suggest that most properties were fitted with smoke alarms, less than half had fire extinguishers or first-aid kits on the premises.

Airbnb is the world’s leading peer to peer online hospitality service, with over 4 million venues in 65,000 cities in 191 countries. Some 660,000 listings are in the US.

Most venues are in private homes to which national fire safety requirements don’t usually apply. Although some states and municipalities do stipulate specific standards for rental properties, these are far from universal.

And while Airbnb has carried out fire safety campaigns and strongly encourages hosts to instal smoke detectors and carbon monoxide (CO) alarms, it doesn’t require them to provide proof.

In 2015 alone, there were more than 1 million fires in the US, which killed 2500 people and caused US$ 14 billion in property damage: most of these fires were in residential buildings.

To find out what sort of fire safety precautions Airbnb venue hosts had taken, the researchers used data from InsideAirbnb.com for 120, 691 listings in 16 cities from Austin, Texas to Washington, DC, between October 2015 and December 2016.

The data were mined to find out if the hosts had reported any or all of: smoke detectors; CO alarms; fire extinguishers; and first-aid kits on their premises.

Fire extinguishers were less common, ranging from around 1 in 4 (29%) in New York City to over 70 percent in Austin. Portland, Oregon was the only city in the sample to have first aid kits in more than half of its Airbnb venues.

It’s reassuring that most Airbnb venues had smoke detectors and a goodly proportion CO alarms, say the researchers, but they point out that “this is substantially lower than the universal requirement for hotels,” which are legally obliged to comply with national (NFPA) fire safety regulations.

The researchers highlight that their data refer to a wide ranging period and reflect only a snapshot of the available venues in each city. And certain hosts may be in condominiums or apartment buildings that have their own safety features.

Nevertheless, “the low proportions reported from some cities are troubling and suggests the need for further investigation and intervention,” they suggest.

“Distributing safety information and products to hosts is an initial step, but the rates reported here suggest that Airbnb and other similar [peer to peer] models should consider requiring safety regulations for hosts,” they say.

“Finally, public information efforts to make guests more aware of the importance of these safety amenities could facilitate demand for them, which might also increase the number of hosts who offer them,” they write.

In response to the report, Nick Shapiro, Airbnb Global Head of Trust and Risk Management issued the following statement:

“At Airbnb, safety is our priority. All hosts must certify that they follow all local laws and regulations. We run home safety workshops with local fire and EMS services all over the world, making sure our hosts have access to the best information in order to keep their guests, their homes and themselves safe. Every listing on Airbnb clearly states the specific safety amenities it has, including smoke and CO detectors, fire extinguishers, and first aid kits, so guests can look first and then decide whether that home, tree-house, yurt, or igloo is the one they want to book or not. In addition, every home in Airbnb’s Plus Collection must have a smoke and CO detector in order to even be included. The study itself says it has not undergone any ethical review, it used data from three years before Airbnb Plus even debuted, and it looks to be designed to help an incumbent industry who has its own fire safety issues that need to be addressed.

“We believe more work needs to be done across the board throughout the travel and tourism industry. According to the US Fire Administration, there are an estimated 3,900 hotel and motel fires each year that cause 15 deaths, 150 injuries and $76 million in property loss. Even though there have been a number of tragic high profile hotel CO poisoning incidents, only 14 states require CO alarms in hotels by statute. Sadly, only 41% of all homes in the US even reported having working CO detectors. Whether a home is listed on Airbnb or not, all homes and hotel rooms should have smoke and CO detectors, fire extinguishers and first aid kits. At Airbnb we give out free smoke and CO detectors to each and every host who wants one. We have been doing this for the last three years.

“We will reach out to the authors of the study, as we would like to work with them to increase awareness of safety measures for all homeowners, again, whether they are Airbnb hosts or not — and transparency is key, so we will continue to ensure our guests know exactly what safety features their Airbnb has before they book it.”