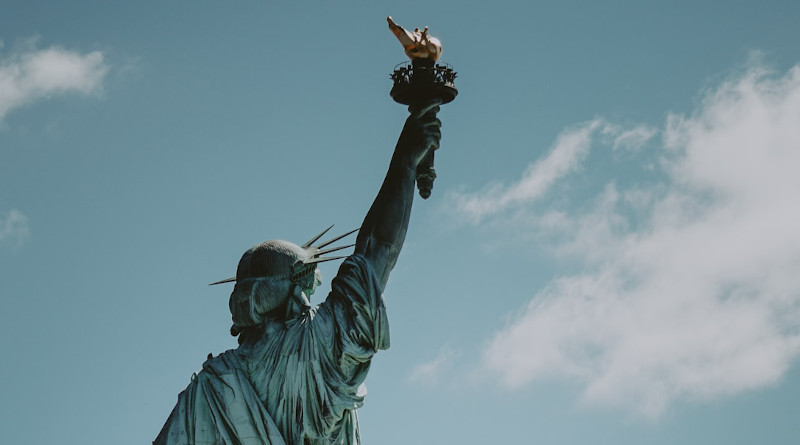 A question raised by many these days is, “Is the US at a crossroads with regard to liberty and freedom and its lockdown restrictions?” The answer is yes and the results will likely be troublesome and will contribute to furthering the US political divide, divisive debate, and deaths.

Encouraged by President Donald Trump to reopen the country in the mistaken belief that the coronavirus disease (COVID-19) is done with America, some states and locales are reopening for economic reasons or, more importantly, based on public sentiment that the lockdown cannot continue. These moves will bring further consequences of pathogen spread that will lead to another round of quarantines in parts of the US. States are taking matters into their own hands, as well they should, because of the lack of leadership at the top.

Two consortiums of states — in the northeast, led by New York, and the “Pacific Three” of California, Oregon and Washington — are banding together their pandemic response programs. That is smart and much-needed governance in today’s environment.

On March 20, 1775, at St. John’s Episcopal Church in Richmond, Virginia, Patrick Henry spoke the words, “Give me liberty or give me death,” while presenting his resolution to raise and establish a militia that would help protect Virginia from the British. Henry’s opponents urged him to be cautious. After all, they thought the British would be open to reconciliation. Henry made his argument and the rest is all about American history and psyche.

Liberty is an important concept. During a global pandemic, many now recognize what liberty means for the individual, family, community and country. And none of the concepts or expressions are the same. Civil rights are taking on a new meaning, depending on age and gender. New debates are replacing old ones. But, given the state-to-state efforts to stop the pathogen spread and then clean up from the disease, more challenges and another lockdown in certain areas of the country are highly likely.

To be sure, COVID-19’s spread in America creates tensions between freedom and the measures necessary to stop the spread of the disease, striking at the very core of the country’s rationale. With the US becoming by far the world’s worst-affected country, the virus directly assaults what it means to be free in this modern age of media communications, when the rights of the individual clash with the needs of the many. America, already buffeted by a broken electoral system, is now set to enter an economic depression, which will only add to the challenges of what “liberty” means, especially when food lines develop and persist over time.

Politicizing the debate through the idea of an overreaching government, some Americans see the federal government’s policies aimed at stopping the virus as a way to “chip away” at the foundations of the US Constitution and push a “global, socialistic agenda while in the midst of a national emergency.” This sentiment means that the risk of disease spread continuing in communities will increase, especially when protesters abandon social distancing measures. One has to raise the question of whether Trump’s supporters or those who crave liberty during a global pandemic are merely going out to bury themselves, both literally and figuratively. Some voters in November’s presidential election will want to exercise their polling rights at a time when the pandemic numbers are likely to be growing again, given the high likelihood of individuals rejecting testing because of a perceived trampling of their liberty and rights.

Darker for some is that a lack of freedom of choice may creep into daily life for those who reject the COVID-19 requirements, while there is still no vaccine and with a face mask being a daily requirement in public for the foreseeable future. Some jurisdictions will implement fines, as required by the authorities, whose mandate is to protect public safety. In the future, as the US reopens and airlines fly again, the necessity to produce proof of a coronavirus test result will be required, much like official identification is required for entry into some venues. Nobody will ever receive a “microchip in their neck,” but a “pass” of a COVID-19 test may be stored on one’s driver’s license or state identification, along with other biometric data.

Let’s be clear about what the peer-reviewed, scientifically-driven analysis states: The US is nowhere near ready to be reopened, with estimates over the summer months of deaths “in the thousands a day,” as if “there is a 9/11 every day for a month” because of early openings and lax and/or missing social distancing protocols. The pathogen continues to spread in high temperatures, as demonstrated throughout several locations in the Middle East and Southeast Asia. The price of liberty, based on this assessment, is more American deaths over the course of 2020 and into 2021. That’s dark. As a colleague said, perhaps sarcastically, “Some people need to go grab a shovel.”