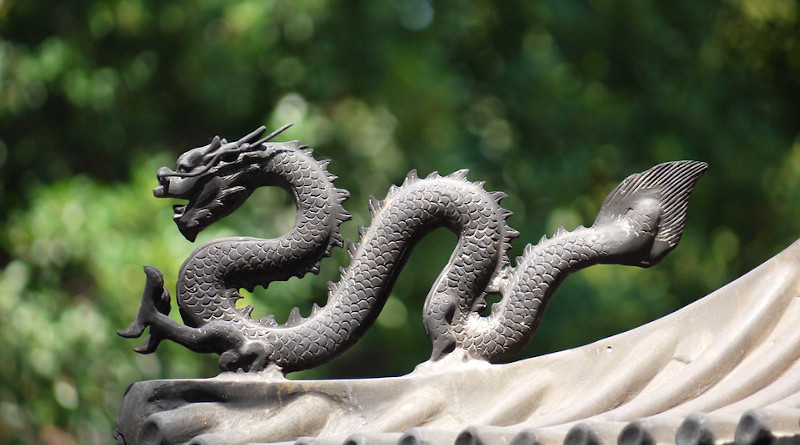 As we continue to count the mounting human toll of this pandemic in terms of lives lost, families devastated and the financial ruin that it has heaped, it is also time to start looking ahead. While we are quickly learning more each day about COVID-19, there is much we do not as yet know. With little to guide us out of this morass, till a suitable anti-viral drug is discovered, governments and societies continue to be embroiled in turmoil. In a recent interview conducted by Fareed Zakaria for CNN, Bill Gates refused to speculate either on the origins of the virus or whether China should be held accountable as President Trump had publicly declared. He went on to suggest that this was not the appropriate time to delve into such matters but instead suggested that China and the US, along with others within the international community, cooperate and look for solutions to control the pandemic and neutralise the virus.

However, given the devastation that has occurred, such an argument can hardly be the raison d’être to avoid a thorough, internationally-led, unbiased investigation into what went wrong and the corrective measures that need to be put in place to avoid a recurrence. Indeed, if any scrutiny is undertaken, it will perforce be China-centric, given the incontrovertible evidence that the virus originated there. This is despite the Chinese Ambassador to United Kingdom, Liu Xiaoming’s insistence during an interview to the BBC, where he mentioned that the virus did not originate in China, but was only “discovered” at Wuhan. The motive behind this attempted dissimulation is quite obvious because of the growing suspicion and anger, especially amongst those who have borne the brunt of this pandemic, that we would not be in such straightened circumstances but for the willful acts of omission and commission on part of the leadership of the World Health Organisation (WHO), which by Article 2 of its charter is “to act as the directing and coordinating authority on international health work,” and the Chinese government, if they had acted promptly at the very beginning.

As a matter of fact, in that same interview Ambassador Liu Xiaoming went on to claim that there had actually been no delay, as the Chinese authorities only came to know about this outbreak on 27 December 2019 and had brought that to the notice of WHO by 31 December 2019. Both these contentions are patently untrue as Tanja Stadler, professor of computational biology, at the Department of Biosystems Science and Engineering at ETH Zurich, in Basel, and an expert in questions of molecular epidemiology, in her paper concluded that the epidemic first began in China in the first half of November 2019, an opinion endorsed by the vast majority of experts.

In the context of the timeline that has been suggested, it needs to be added that while local authorities may have informed the central health authorities of the spread of a new virus on 27 December, as claimed, the cover-up of its spread for the six weeks preceding that has been glossed over, as also the fact that by this time the authorities were probably aware of its virulence and the possibility of human-to-human transmission, because from the next day onwards doctors were directed to use Personal Protective Equipment (PPE). The WHO was only given a very preliminary report as its Situation Report No 1 makes clear that “on 31 December 2019, the WHO China Country Office was informed of cases of pneumonia unknown etiology (unknown cause) detected in Wuhan City, Hubei Province of China, during this reported period, the causal agent was not identified.”

While local authorities may have informed the central health authorities of the spread of a new virus on 27 December, as claimed, the cover-up of its spread for the six weeks preceding that has been glossed over, as also the fact that by this time the authorities were probably aware of its virulence and the possibility of human-to-human transmission.

There are some commentators who suggest that even if there had been a delay on the part of the Chinese authorities, these may well have been caused due to sheer incompetence or carelessness. While this may well be partially true, especially at the initial stages till the matter was reported to the central government, this excuse does not hold true subsequently. It is now known that there was a CCP Meeting on 7 January 2020 which was attended by President Xi Jinping. It is likely that he would have been briefed on the matter given its seriousness as certain restrictions on movement were put in place subsequently. It was also on this date that the WHO was informed by the Chinese authorities that they had isolated the new virus and made its genome sequence public a week later. As per a report by The Washington Post, it is now known that on 14 January 2020 the head of China’s National Health Commission, Ma Xiaowei, laid out a grim assessment of the situation in a confidential teleconference with provincial health officials. According to a memo of the session, disclosed by the Associated Press, he said — the situation was “severe and complex,” and “clustered cases suggest that human-to-human transmission is possible.” The memo said “the risk of transmission and spread is high. All localities must prepare for and respond to a pandemic.” The National Health Commission issued a 63-page document on response procedures, but it was labeled “internal” — “not to be spread on the Internet” and “not to be publicly disclosed.”

Yet the very next day, Li Qun, head of China’s Disease Control Emergency Center, mentioned on the state television that “the risk of sustained human-to-human transmission is low.” The truth about the spread of the virus was only finally publicly announced on 20 January 2020 by Dr. Zhong Nanshan of the National Health Commission. It has been suggested that President Xi may have downplayed the threat of the virus spread between 7 January and 20 January as he was keen that “officials must not spoil the atmosphere of the Spring Festival, the Chinese New Year, during which about 3 billion national trips take place.” While this seems to be a plausible explanation for the inaction on the part of the Chinese government, could there have been any other motivation behind the inaction as well?

Interestingly, the Chinese government was coerced into signing the Phase One of the Economic and Trade Agreement with the United States on 15 January 2020. This agreement was seen as a victory by President Trump as it committed China to buying an additional $200 billion of American goods and services by 2021, apart from having made substantive concessions with regard to the issue of Intellectual Property Rights (IPR) and agreeing to crack down hard on business practices that the Trump administration considered unfair. One clause that gave the Chinese a way out of implementing this agreement while avoiding confrontation was para two of Article 7.6. It states: “In the event that a natural disaster or other unforeseeable event outside the control of the Parties delays a Party from timely complying with its obligations under this Agreement, the Parties shall consult with each other.” Clearly by the time that this agreement was signed the Chinese were fully aware of the contagion in their midst.

As the facts stand, it was only on 23 January that Wuhan was quarantined off, by which time over five million people had already left the city. As for the response of the WHO, it was only on 30 January, a full two months after it had been first informed, that it finally declared the outbreak to be a “Public Health Emergency of International Concern.” It, prima facie, appears that Dr. Tedros Adhanom Ghebreyesus, Director General WHO, and President Xi have much to answer for. Clearly, if the lockdown had been ordered within the first half of January, the spread of the virus would have been restricted within China and the world at large would have avoided this pandemic.

It stands to reason therefore that not only is an investigation into the issue a vital necessity, but also that such an investigation would be incomplete and lacking in merit if it did not go into the issue of accountability. Without that there would be no credible deterrent in place that could ensure institutional measures are not compromised due to lackadaisical leadership in the future. Its inclusion within the scope of the inquiry would also either prove or disprove all speculation of willful misconduct, an issue that has implications in the moral dimension as well. The dilemma that we confront is that if it emerges that this Chinese regime is indeed complicit in all that has occurred, would the international community have the will to hold them accountable for? If we are unable to do so, given their immense economic and military clout, what lessons would the future generations learn from our abject display of cowardice?

2 thoughts on “COVID-19: The Question Of China And Its Accountability – Analysis”