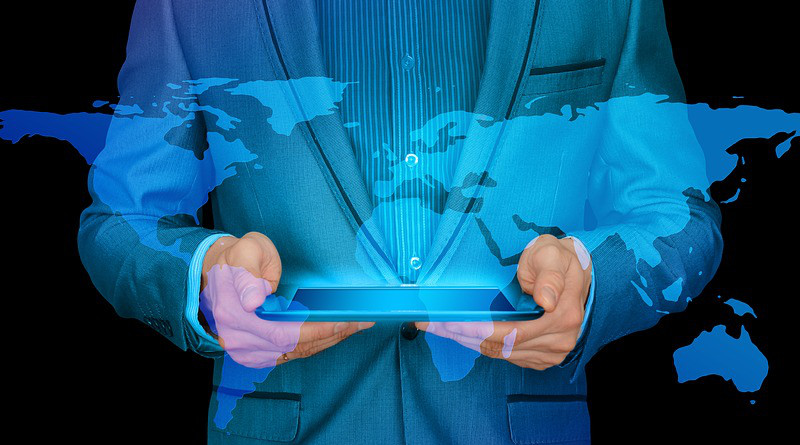 An informed society is a society that humans strive to move towards as it is only through the sharing of knowledge can we truly transcend beyond the limitations of time and ensure that any newfound knowledge is perfectly preserved and passed down to the future generation to be innovated on.

There are two ways to transmit information or knowledges. One, through a basic education system, which involves obtaining knowledge from various bodies, including social units like a family or a club where information is shared on a smaller magnitude. Two, through a transmission medium, or mass media in this context. The latter is unique to us, given most other mammals (like whales) exhibit the behavior of sharing or passing down information in groups or amongst their kind too.

It can be surmised that the mass media is mankind’s one and only means of preserving knowledge. The way that we define mass media, that is through its aesthetics reflects the way we consume information and the unique form it assumes; and this all boils down to the fact that very few people in the society have what it takes to go through years and years of higher education to seek knowledge. Those who do that are bestowed with the title of “elites”.

In fact, there are even fewer elites who would continue pursuing absolute knowledge well into old age, because quite frankly, no one wants to spend their whole lives doing that. That said, the arrival of the Internet during the Information Age has largely changed the way in which information can be consumed. In fact, it has breathed a whole new meaning to the word “information” so much so that being an information sensitized individual is considered a norm these days.

For the longest time, be it through mass media or standard education systems, the art of receiving knowledge has always been a systematic process. Just take a look at how we progress through our education systems. We begin with six (nine for some) years of compulsory education, followed by three years of high school then we’re off to universities and beyond for tertiary education or more. There is a structure for passing around Information and knowledge and it is done in stages. An average person would never skip a level and randomly progress to the next level without acquiring the fundamentals.

Even the most “overrated” literatures narrate its stories using a certain storytelling framework. Dramas and cultural programs adapted from popular works of fiction were created to educate the public in an age where “public awareness” is a thing. A wide range of famous literatures were known for delivering their stories in a unique and vivid manner to keep readers captivated, like Dream of the Red Chamber, War and Peace, A Tale of Two Cities and Ninety-Three.

As readers revel in the tales that are immortalized through the passing of time, they are not only experiencing the storytelling, they are reliving its history too, and it poses certain thought-provoking questions for them to ponder about. In a nutshell, these work of art that are heavily incorporated into mass media serve a purpose and it explains why most classic literatures adapted into movies or films often contain themes of grief and tragedy, reason being that comedies (the ones that are all laughter and nothing) are super one-dimensional and possess zero relatability. On top of that, they lack substance and are nothing more but a source of entertainment.

As mentioned before, the age of the Internet is massively switching up the ways news and information are being relayed. Nowadays, information tends to be to-the-point and highly fragmented. Coupled with the emergence of mobile phones, users are becoming increasingly entangled in a huge web of information, allowing them to form a cluster or node of their own. At the risk of exaggerating things, these days humans are no longer needed to fill in the clusters, because their absence can be filled with anything digitalized or informatized. As mobile phones become more of a staple for us, information and news too will become all the more fragmented.

Despite the authenticity, or lack thereof in certain information and news, it has without a doubt, helped contribute to an informed society, and in doing so, smashed the barriers between experts and information users too. Take a video for example, people of all ages, background and knowledge could learn a thing or two just by watching a short clip on say… astrology! Such circumstance, however, would make it even harder for people to establish a knowledge system too, simply because what they know or gained doesn’t necessarily amount to a frame of knowledge. For one to establish a knowledge system, they would have to compile additional information on top of what they have learned beforehand, to reinforce their preexisting knowledge with deeper information.

Unfortunately, the majority simply doesn’t possess that capability, because like we’ve mentioned before, people come from all walks of life, are of different academic disciplines and thus, possess different mindsets and views owing to their life experience. This also means that the way they choose to absorb, and process information varies a great deal too and thus far, statistics and data have shown that the primary group of Internet users are mostly individuals belonging to the 21-30 age group.

Most people who fall within this age group aren’t fully developed yet, at least not cognitively. They may have successfully graduated university, but they have yet to experience what’s “out there”. Don’t even get me started on China’s abysmal education penetration rate. Only half of the users on the Internet are educated and possess a degree, the rest on the other hand, lack the ability to sift and filter the information or knowledge they have acquired and would blindly believe whatever information they’ve been fed, which brings us to another concern… The Information Age has severely disrupted and distorted the conventional systems in which news and information are transmitted, which causes knowledge gaps to form in the society, thereby impeding us from truly becoming an informed society altogether.

A healthy, or in this case, a well-informed society is a society that places its shepherd (the elites) at the forefront to herd its flock of sheep (the people a.k.a the “non-elites”) into the right direction. In an ideal society where information is absorbed in a healthy and orderly manner, both the shepherd and the sheep would work in tandem with one another to form a symbiotic relationship, as opposed to an independent one.

This means that with further knowledge being passed down, a portion of the “non-elites” would eventually become elites themselves and in doing so, enabling the society to finally progress as one. Unfortunately, all that is being destroyed by the fragmented news depicted in mass media. Consequently, this not only creates a bigger rift between the shepherd and the sheep, but also widens the gap between the parties involved even further.

This also means that the voice of those at the bottom will forever dull out the voices of those at the top, thereby resulting in a bubble for the integration of knowledge and information in an orderly fashion. As it stands, this isn’t a scenario that’s unique to China only. Even the States and Europe are seeing a rise in the trend due to the populist movement that is growing by the day. Ironically, despite lacking the expertise and wisdom of an experts themselves, people are no longer believing the words of elites, who are quintessentially the embodiment of professionalism (expertise) and knowledge. Japan might be the only exception to the matter, as evident by the way it has been handling the Covid-19 pandemic., thanks to its 80% education penetration rate. In layman terms, Japan’s pandemic prevention measures are unique to the country and can’t be emulated at all.

The birth of the Information Age has drastically altered the ways in which information can be transmitted and becoming a society that is highly sensitized to information is no longer something we must ponder about but accept. With that in mind, we must be ready for the massive challenge that is to come, and that is figuring a way out to bridge the gaps between the public and “elites”.

*Mr. Yu(Tony) Pan serves as the associate research fellow and the research assistantof Mr. Chen Gong, Founder, Chairman, and the Chief Researcher of ANBOUND. He obtained his master’s degree at George Washington University, the ElliottSchool of International Affairs; and his bachelor’s degree in University ofInternational Business and Economics in Beijing. Mr. Pan has published pieces invarious platform domestically and internationally. He currently focuses onAsian Security, geopolitics in Indo-Pacific region and the U.S.-Sino Relations.

Home » Information In The Age Of Internet – Analysis