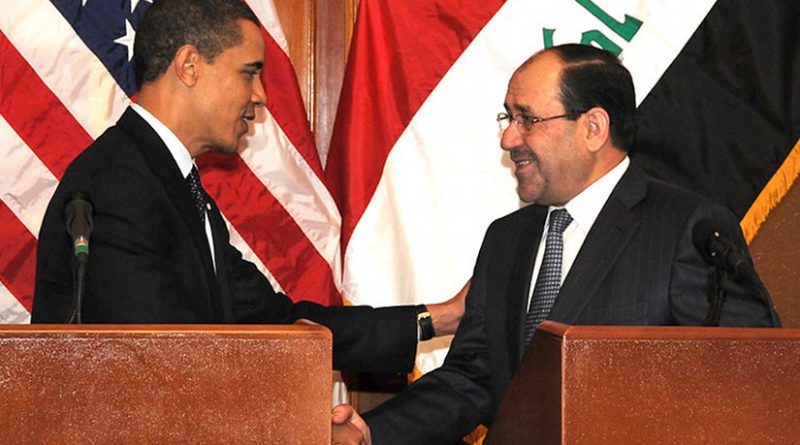 (FPRI) — On May 18, 2017, FPRI hosted a Main Line Briefing on Iraq: Where Do We Go From Here. The discussion by Denise Natali and Nada Bakos, and moderated by Samuel Helfont, provided an outstanding overview of the challenges facing Iraq after ISIS ceases to be a “state.” However, possibly because of the time constraint, the panelists were unable to discuss two issues in greater depth.

First, both panelists made it clear that the U.S. was not interested in nation building—that the days of the neoconservatives attempting to build Iraq into a reasonably peaceful, reasonably democratic, reasonably prosperous U.S. ally in the Middle East were over. This pronouncement led to an audience question that if the U.S. was not interested in building a new Iraq, then why are we engaged at all? Of course, there are many policy options besides full engagement in Iraq and abandonment. But three options might illustrate the choices.

Full engagement (aka nation building): The U.S. and its allies provide substantial ground forces to defeat ISIS and other insurgent groups as well as help to maintain Iraq’s political and geographic integrity. The U.S. government provides the current Iraqi government with substantial political and diplomatic support. And the U.S. and its allies commit to providing the massive financial support necessary for the reconstruction of post-ISIS Iraq.

Essential interests: The U.S. limits itself to certain essential regional interests. These might include three commitments. First, the U.S. 5th Fleet will keep the Persian Gulf open to peaceful transit. Second, Israel’s security will be guaranteed. Finally, because of the threat of terrorism to the West, the U.S. and its allies will support the anti-ISIS effort with intelligence, communications, training, and special operations forces, but not substantial ground forces. Beyond defending these essential interests, the U.S. disengages from Iraq and the region.

Walk away: In a world where North America is almost energy independent and there is an expectation that oil prices will remain at $60 a barrel or less for the next decade, the U.S. doesn’t “need” Iraq or the rest of the Middle East. Since they still need ME oil, let Asia and Europe deal with its problems.

Bakos and Natali favored a version of the second option, Essential Interests (listen to conversation beginning at about minute 35:19). In other words, the days of Bush-era full engagement nation building were over. But this raises the question of whether nation building was abandoned because it was impossible or whether the benefit of a democratic and prosperous Iraq who is a strong ally of the U.S. was perceived to be greater than the costs? An argument can be made that by 2008, after a great expenditure of Iraqi and U.S. blood and treasure, Iraq had made substantial progress towards a peaceful democratic future. I was in Baghdad in 2008 and 2009 and was surprised at the changes from three years before. Violence was down sharply, Sunnis and Shi’a were working together to pass legislation in the Council of Representatives, and there was a strong business revival led by the construction industry. However, political, security, and economic progress was stalled by bad policy decisions made by President Obama and Prime Minister Maliki.

Disregarding the progress that had been made, Obama kept his campaign promise of withdrawing all U.S. forces. This premature withdrawal greatly weakened Iraqi security forces and was justified by the failure to negotiate a Status of Forces Agreement (SOFA). Natali mentioned this lack of a SOFA (39:55) as a reason that future U.S. involvement in Iraq must be limited. However, the lack of a SOFA didn’t prevent Obama from sending hundreds of U.S. troops back to Iraq to aid in the fight against ISIS near the end of his second term, nor did it prevent President Trump from increasing these numbers to over 5,000. Is the failure to agree on a SOFA the true cause of the U.S. withdrawal or just an excuse? Maliki also contributed to the reversal of security progress. He broke his public promises to provide army or police jobs to young Sunnis who had fought al-Qaeda. In addition, he replaced combat tested commanders with persons distinguished only by their personal loyalty to Maliki and their corruption. Just like the cliché, Obama and Maliki snatched defeat from the jaws of victory.

Second, even if nation building on the scale of post WWII Germany and Japan is possible in Iraq, is it a smart policy? Is the game worth the candle? The panelists predicted that just as al-Qaeda 1.0 was followed by al-Qaeda 2.0 (ISIS), there would be an al-Qaeda 3.0, 4.0, etc. This possibility may shift the advantage from the second option, Essential Interests, to the first option, Full Engagement (aka nation building). Ideally, U.S. full engagement in Iraq would drain the swamp; change the Iraqi political, social, and economic environment so that it will become less likely that another terrorist or insurgent group will arise to threaten the nation and region’s stability. In other words, the U.S. faces a choice. We can choose to accept an enormous short-term expenditure of blood and treasure that will provide a long-term solution to the Iraq crisis or we can choose many decades of dealing with a succession of terrorist or insurgent groups with possibly a greater capacity for attacking our vital interests. And the second choice leads to the possibility that one of these terrorist groups will eventually become capable of hitting Tel Aviv, London, or New York with a weapon of mass destruction. Domestic politics seems to favor the second choice and President Trump is expected to withdraw most/all of U.S. forces from Iraq as soon as ISIS ceases to be a “state.” But the U.S. may be better off in the long term with continued full engagement in that troubled land.

I learned a great deal from the presentations and discussions of Samuel Helfont, Denise Natali, and Nada Bakos. But like many FPRI events, one wishes that the speakers had more time.

About the author:
*Frank R. Gunter, a Senior Fellow in the Foreign Policy Research Institute’s Program on the Middle East, is a Professor of Economics at Lehigh University in Bethlehem, Pennsylvania. After receiving his doctorate in Political Economy from John Hopkins University in 1985, he joined Lehigh where he won three major and multiple minor awards for excellence in teaching Principles of Economics, Economic Development, the Political Economy of China, and the Political Economy of Iraq. Frank’s primary area of research is economic development in conflict and post-conflict states, though he also focuses on the economics of corruption, capital flight, and microfinance.