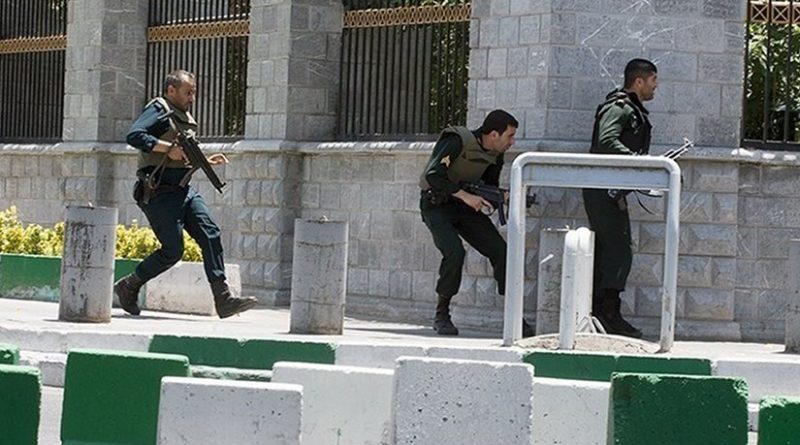 The Iranian capital of Tehran was the site of two simultaneous attacks by assailants linked to the “Islamic State” (Daesh). The Iranian parliament and the mausoleum of the founder of the Islamic Republic Ayatollah Khomeini were attacked on Wednesday 10 am local time. The attacks lasted around five hours leaving 12 dead and 42 people injured.

Gunmen attacked Iranian Parliament holding a number of hostages. Iran’s Ministry of Intelligence reported that a suicide bomber blew himself up in the administrative building of the parliament while parliament was in session. Iranian officials reported that the attackers entered the building dressed as women.

The Tasnim News website confirmed that the four attackers were killed in confrontation with Iranian security forces.

Shortly after, four attackers were reported at the Ayatollah Khomeini Mausoleum. One of them, wearing an explosive vest, has reportedly been arrested. Eight individuals were killed in the attack. The Interior Ministry has announced that the country is now on red alert.

Hours after the two incidents,  the Islamic State (Daesh) took responsibility for the attacks posting a video of the armed assailants in parliament chanting slogans in Arabic while a parliament employee lay shot by his desk.

Later Iranian MP Hoseinali Haji Deligani announced that the video pertained to his office adding that two members of his staff were killed in the attack.

This is the first time that the Iranian capital has seen a Daesh attack which comes shortly after the re-election of Iranian moderate leader President Hassan Rohani.

International reaction to the attacks have been few and far between. France, Afghanistan, Armenia and the Lebanese parliament condemned the attacks while the Russian foreign minister used the instance to reiterate the importance of dealing more seriously with international terrorism. EU foreign policy chief Federica Mogherini issued a message of concern.