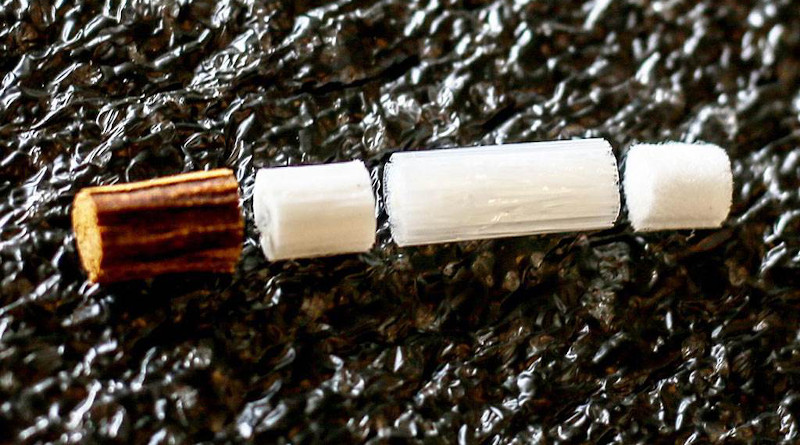 A technique that has greater sensitivity to assess harmful chemicals adds to the analysis toolkit for cigarette alternatives. This research by KAUST scientists, now published in Tobacco Control, reveals that a tobacco-heating device called “I quit ordinary smoking” (IQOS), emits many more potentially harmful chemicals than those identified by the manufacturer.

The IQOS device operates at a lower temperature than ordinary cigarettes: it heats tobacco sticks to around 300 degrees Celsius, whereas traditional cigarettes burn the tobacco at up to 900 degrees Celsius. It also differs from vaping systems, which heat liquids containing nicotine.

IQOS was developed by Philip Morris International and introduced to the market in 2014. The manufacturer claims it offers a safer alternative to traditional smoking, based on their own and other research. This suggested that IQOS achieves a very significant reduction in toxic exposure compared to regular cigarettes that burn tobacco.

“I wanted to assess the company’s claims,” says Bogdan-Dragoș Ilieș, a PhD student at the KAUST Clean Combustion Research Center. He proposed an independent investigation to his supervisor, Mani Sarathy.

“We brainstormed different approaches to identifying the chemicals released by the heated tobacco sticks,” says Ilies. They realized there were serious limitations with the previously used method, based on offline sampling techniques, because they could not identify potentially significant molecules, such as short-lived and reactive polar carbonyl compounds.

The team devised a real-time gas chromatography mass spectrometry analysis method that collected vapors directly from heated tobacco sticks. Their setup allowed the detection of small molecules that would not persist in the gaseous phase for a sufficiently long-enough time to be detected by previously used procedures. The researchers were nevertheless surprised that they identified as many as 62 compounds, only 10 of which were found in the tests by Philip Morris International.

The additional chemicals found by the researchers included the known toxic compounds diacetyl, 2,3-pentanedione, hydroxymethylfurfural and diethylhexyl phthalate. The latter may be especially significant as it is considered to be carcinogenic.

“It is crucial to monitor and identify any toxic and carcinogenic products released by these new tobacco heating products,” Sarathy comments. He hopes that these findings from KAUST’s independent investigations might lead to collaboration with tobacco companies to identify the health risks of their new products and to learn how to mitigate these risks.

“Our novel approach to identifying chemicals from heating tobacco sticks could also help to improve tobacco legislation around the world,” says Ilieș. “It enlarges the set of analytical techniques available to identify harmful chemicals that were invisible to previous methods.”

Home » No Smoke, But Still Hazardous