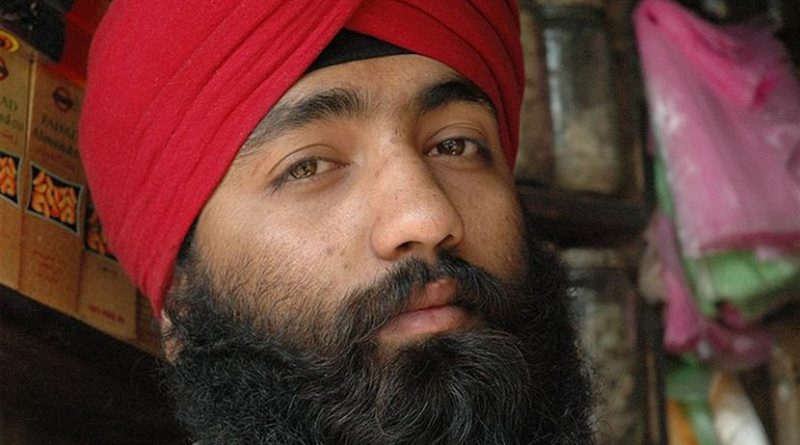 The safety and security of minorities have always been remained in question, particularly in the war-torn and highly terrorism infested countries. Recently, Afghan minorities such as Hindus and Sikhs had undergone the horrible experience of a terrorist attack in which 19 people were killed and about 20 injured. The responsibility of the same was claimed by the Islamic State. Given this terrorist threat, the population of these communities has been decreasing substantially (from estimated seven lac to only a few hundred families). The recent terrorist attack (1 July 2018), in which Awtar Singh Khalsa (only one candidate of these communities running for the parliamentary election 2018) was killed. It has further created panic in the community.

Seeing the exponentially declining the population of such communities, perhaps make us convinced that these people are on the brink of extinction. Many media reports indicated that they used to feel at sea and one question is pestering them how to face/come out of this challenge? In this dire straits, how Afghanistan can assure the safety and security of the affected minority, is a major question to be taken into account?

Despite the civilizational and geo-cultural relations of Hindus and Sikhs with Afghanistan, these minorities had been remained eclipsed and invisible for the scholarly attention for a long time. However, when these communities had come under security threats, then only the communities started getting the attention of the media, scholars and policy makers etc.

The beginning of the Afghanistan and Punjab relations started with the visits of Sikhs’ first Guru Nanak Dev Ji in the 15th century way from Mecca to Jalalabad and Ghazni. However, all the Sikhs have not been of the Punjabi origin, rather a small number of locals, whose ancestors adopted Sikhism during Guru Nanak’s visits to Afghan cities, had become part of the same. Sikhs and Hindus were sent by Maharaja Ranjit Singh (1780-1839) as part of missions (the 1820s) to promote trade, who in due course of time had settled in Jalalabad and Ghazni provincial towns. As per the study of anthropologist Ballard (2011) the Hindu Khatri merchants settled in Afghanistan, and since then they have been enjoying a substantial share in the regional trade.

The Taliban rule (1996–2001) had spelled doom for the lives of minorities. Afghanistan’s economy and infrastructure have been devastated. But Bansal (2012, 4 March) had contested this argument who was of the opinion that during the Taliban regime, the Sikhs and Hindus had not been suffered any discrimination, rather their businesses grown by leaps and bounds. This community used to share good terms with the Taliban and many members of the same used to make frequent visits to Sikh shrines as well. Rather, with the outbreak of civil war in the post-9/11, the Hindu and Sikh have been caught in the crossfire of violence. Their gurdwaras and temples have been destroyed. Most of the remaining Gurdwaras (65) and temples (21) have been taken over by the local authorities given their misuse by the terrorists as ammunition warehouses.

Currently, these communities are passing through the cycle of violence and many other serious challenges haunting their lives in Afghanistan. Protection of ethnic identity has become a major question for these minorities given the compulsion of paying Jizya, (a religious tax), generally imposed on the non-Muslims. These people have been asked to put on the yellow bands by the individuals on their arms and have to hoist yellow flags on the rooftops of their homes and businesses shops for public identification purposes. They lost the meaning of freedom due to some restrictions on their religious practices as well. The forced conversion, the imposition of strict Islamic laws, staged public executions, forbade the practice of cremation, harassment, atrocities, violence, beating, looting, land grabbing, and banning girls from schools etc. are part and parcel of their day to day lives.

The prevailing hostile environment had forced these people to leave Afghanistan. As per the report of Ehsan Shayegan (Afghan Researcher with Porsesh Research and Studies Organization-Kabul), which is studying minority religions, is of the opinion that, “In the 70s, there were around 700,000 Hindus and Sikhs and now they are estimated to be less than 7,000.” During the Karzai administration (2004-14), these communities had felt more ostracized than ever. As per the report of UK Border Agency Report COI (16 November 2009), “There were approximately 500 Sikhs and Hindus in the country. Although those communities were allowed to practice their faith publicly, they reportedly continued to face discrimination, including intimidation; discrimination when seeking government jobs….”

The minority leaders of Sikhs and Hindus communities have also been expressing their concerns over declining their population. Dr. Anarkali Kaur (Honorary Senator in the Afghan Parliament) said, “The number of Afghan Sikhs and Hindus has dwindled over the years with only about 1000 Sikhs remaining in the country as they migrated, leaving their successful businesses in Kabul, Kandahar and other cities, to safer places in India, Europe, and Canada.” Awtar Singh Khalsa, Head of the Afghan Sikh and Hindu Council (recently killed in the attack), has also substantiated the same argument by saying that given the decades of war, instability, and intolerance, our community had just reduced from lacs to 372 families nationwide. It means once the thriving community, is on the brink of extinction in Afghanistan, raising a serious question for the host country and government, Indian government, international human rights protecting organizations in general and the countries which are engaged in fighting against Taliban in particular.

On the unfortunate day of July 1, 2018, a suicide bomber attacked the convoy of Awtar Singh Khalsa (An Afghan Sikh Politician from Jalalabad), who was going to meet President Ashraf Ghani, the latter was going to speak in the governor’s residence in the eastern city of Jalalabad. Avtar Singh Khalsa was about to be elected unopposed for the lower house of Afghanistan Parliament in the coming election (October 2018). He had made a very special and important place in the hearts of not only Sikhs and Hindus given his selfless service, rather of the local people as well. During his interview with BBC Punjabi, he expressed his dreams how he would love to work for Afghanistan where, each one of the Afghans either Sikhs, Hindus, Uzbek could enjoy a peaceful and respectful life.

Along with Avatar Singh Khalsa, about 19 other people including the activist Ravail Singh, Sikh Community spokesman Iqbal Singh and peace activist Anup Singh was killed. As per the report of public health officials, about 20 people were wounded in the same attack.

Since the launch of Operation Enduring Freedom (OEF), these communities have frequently been exposed to life threat vulnerabilities. Once these communities are believed to be the most prosperous but now the spurt of the violence and discriminations against them, made their lives bad to worse. In the 1970s, the share of the Afghan population stood at estimated seven lac, which is currently declined to 350 families only. In this backdrop, the extinction of such minorities in Afghanistan seems within the realm of possibility. In the dire straits, how these minorities could be kept safe in the highly terrorism infested country like Afghanistan, has been worrying not only the stakeholders rather the humanistic thinkers and scholars as well?

Since the end of the WWII, several human rights protective mechanisms at the international level have been put in place to protect and promote the same. The Declaration on the Rights of Persons Belonging to National or Ethnic, Religious and Linguistic Minorities (18 December 1992) is one of them. Its article 1 says that “ the states shall protect the existence and the national or ethnic, cultural, religious and linguistic identity of minorities within their respective territories and shall encourage conditions for the promotion of that identity.” Despite given several such mechanisms in place, still, the lives of these minorities have been exposed to the vulnerabilities. Declining of the population along with always hanging the sword of Damocles have been putting them in panic, how to face violence, discrimination and life threats at the moment.

Under Article 1 of the Declaration(1992), it is obligatory for Afghanistan to take some steps to ensure their safety and security. However, given its limited capacity particularly from defence forces side, it seems to be very difficult for Afghanistan to take care of these communities. India has been sharing good terms with Afghanistan. Using its good office and influence, it may urge Afghanistan to take some strong steps and cooperate with the latter to find out some ways/means to ensure the safety and security of these communities. The future of peacebuilding also seems very bleak given the divergent interests of the geopolitical players engaged in Afghanistan. Trump’s South Asia Policy did not show any concrete results. Along with the safety and security of such communities, peacebuilding would remain major strategic concerns. If these people are not protected and left them to leave the country, it would emerge as a major set back for Afghanistan. It would also prove as a major set back for Trump’s South Asia policy, by exposing its hollowness.

Violence and use of military are not the means to sort out any ethnic issue/s. Dialogue is only can become a pathfinder. The Taliban should understand that they are killing only their own innocent people, which is of no use and would take them nowhere. Afghans people including these minority communities would be on their side provided they should become part of the mainstream national/international social and political norms along with the shunning of violence. Being in the mainstream, world, Afghanistan and its people would become yours.

Going by such means, only Afghanistan and Taliban could check the role/intervention of the external powers. Until Afghanistan remains under the control of external powers, the same situation would remain prevailed. In this background, the minority communities likely to suffer extinction, which further torn the country. Therefore, the constructive role of Afghans including Taliban and other minorities only could turn Afghanistan into one of the best countries, peaceful and progressive provided the Taliban could part of the mainstream. No other countries/financial aids are the solutions of any ethnic/social/political problems, if it comes, it always comes with a lot of strings. In this way, only Afghans could sort out their political and ethnic problems and check the anticipated extinction of these communities. Alas! peace and prosperity should prevail in Afghanistan. The pluralistic fabric of Afghan society may remain intact!!