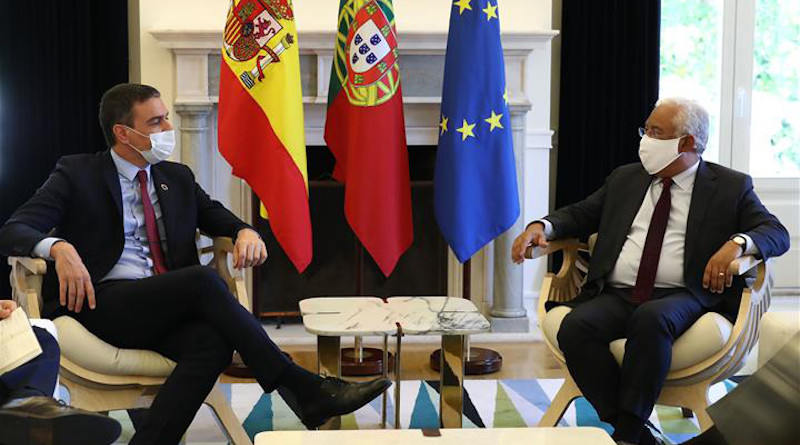 Spain’s Prime Minister Pedro Sánchez met with the Prime Minister of Portugal, António Costa, at São Bento Palace in Lisbon to discuss the negotiations surrounding the European Union (EU) Recovery Fund that the 27 Member States will tackle next week.

At the meeting, Pedro Sánchez and António Costa expressed the strong harmony that exists between the two countries that are “neighbours and friends”, and also spoke about the challenges that Spain and Portugal have in common. After the meeting, Pedro Sánchez said that “July should be the month of European agreement”, adding that “unity saves lives, companies and jobs” so the fund should be ambitious and of sufficient size, “using the European Commission proposal as a baseline”.

Pedro Sánchez stressed that we stand at a turning point and that “Europe should save Europe”, underlining that an agreement could strengthen the European project. Sánchez went on to say that he thinks an agreement between the 27 Member States at next week’s meeting is essential in order to, once again, demonstrate that “they are up to the task” and accepting their responsibility as this will ensure that passion is re-instilled in the people about the European Union.

Sánchez called for a grand financial agreement on the Recovery Fund and the 2021-2027 Multi-annual Financial Framework in July, as proposed by the European Commission (EC) and focused on the sectors and geographic areas hardest hit by the COVID-19 pandemic. The amount given to the funds, added Pedro Sánchez, should “at least” be the figure proposed by the EC.

The fluid relations between Spain and Portugal were clearly reflected last week when Pedro Sánchez and António Costa attended the event representing the lifting of border controls between the two countries. The two neighbouring countries share such challenges as depopulation, the climate emergency, energy and transport interconnections and the EU agenda, on which dialogue is permanent. In this regard and during the joint press conference following the meeting, the two leaders agreed to hold bilateral summits in the near future.

“The Portuguese and Spanish Governments are entirely on the same page with regard to the negotiations that lie ahead”, said Pedro Sánchez. The President of the Government stressed that the two countries want an “ambitious agreement”, meaning that the full amount should be provided and “without conditions”.