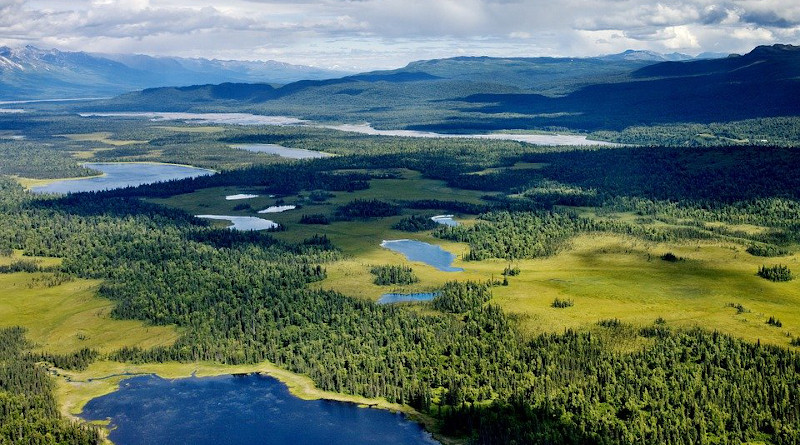 Most projections about climate change assume that, as temperatures rise, regions in the north high latitudes may become more suitable for the growth of vegetation, turning into cropland to feed increasing populations while also fixing more carbon dioxide (CO2) and slowing down climate change. Plants require appropriate temperature, water, and light conditions for photosynthesis and growth, so it seems logical that as temperatures increase in the northern high latitudes, plant photosynthesis, which uses CO2 to release oxygen, should also increase.

At the same time, plant respiration, which uses oxygen to release CO2 and is also highly dependent on temperature, is expected to increase, too. The critical question still under debate is whether autumn warming might lead to an increase in carbon uptake, i.e., the difference between photosynthesis and respiration.

A new Columbia Engineering study demonstrates that even when temperatures warm and cold stress is limited, light is still a major factor in limiting carbon uptake of northern high latitudes. The team, led by Pierre Gentine, associate professor of earth and environmental engineering, analyzed satellite observations, field measurements, and model simulations and showed that there is a prevalent radiation limitation on carbon uptake in northern ecosystems, especially in autumn. Using a new dataset, Gentine’s group developed an algorithm to map global plant photosynthesis and then developed a framework to quantify the limitation of light on photosynthesis. The study is published in Nature Climate Change.

“Previous studies have made different conclusions of whether autumn warming would fix or release more carbon,” says Yao Zhang, the study’s lead author who designed the new algorithm and is now a postdoc scholar at Lawrence Berkeley National Laboratory. “Our paper shows how to use a combination of remote sensing and in situ observations to resolve a controversy on carbon uptake.”

Gentine’s team found that, at northern latitudes that are more than 30N, the end-of-season photosynthesis response to warming is mostly dictated by light. In some of those regions in the fall, the length of daily light shortens very quickly. Less light leads to weaker photosynthesis, which in turn cannot offset the increased respiration induced by global warming. Because northern high latitudes have stronger light limitation, their vegetation will release more carbon in the fall if warming continues.

“This light limitation increase will lower the potential ability of northern ecosystems to act as a continuous carbon sink,” says Zhang. “Our study highlights the important role of solar radiation, which is usually ignored in climate change studies.”

Discussing the new paper, Philippe Ciais, associate director of the Laboratoire des Sciences du Climat et de l’Environnement and an expert on the carbon cycle who was not involved with the study, emphasizes: “This is a very interesting study that demonstrates how the radiation, commonly regarded as static, will have a changing effect on carbon cycle along with global warming.”