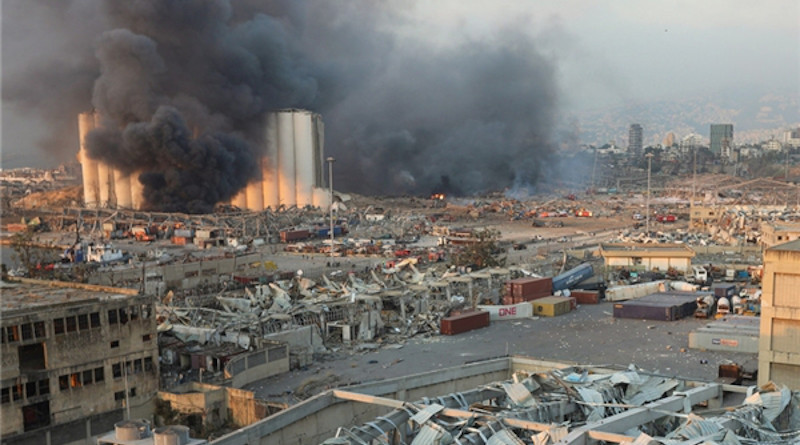 This past terrible Tuesday, a bloodied young man stopped in a Beirut street to speak to a Western reporter. In that second, he spoke for us all in lamenting his stricken city. “We’re cursed. Even if this was an accident, it is the last thing we could afford,” he said.

Of course, following the gargantuan explosion — which killed hundreds, wounded thousands and left more than a quarter of a million people homeless — I felt for the young man as well as his stricken country. But if he was entirely right in his second point, that the tragedy was absolutely the last thing his hard-pressed country needed, surely he was wrong to feel that hard-luck Lebanon is cursed in some supernatural way. The tragedy is that its calamities are almost wholly man-made.

Take the likely cause of the explosion, which was so vast that it obliterated whole neighborhoods of the city near its epicenter at the port, producing a sound so deafening it could be heard in Cyprus 250 km away. A huge store of the highly reactive chemical ammonium nitrate — 2,750 tons — had been stored in the port unsafely and quite possibly illegally for fully six years. If this amounts to an accident, it was an accident waiting to happen.

The bleak truth is that Lebanon has been rotting from within for quite a while in political risk terms; plagued by a fragmented elite that tends to see the traditional, intricate division of its government along religious and ethnic lines as a sort of spoils system, rather than a meritocratic calling.

The results of years of fecklessness are plain to see in the country’s cratering economy. Nearly half of Lebanon’s population live below the poverty line, as even official statistics make it plain that an eye-watering 35 percent of its people are out of work. Since March, Lebanon’s currency, the lira, has plummeted by a drastic 80 percent.

In March, the country defaulted on its debts for the first time. The present rate of public debt amounts to $92 billion overall, nearly 170 percent of gross domestic product, which is one of the highest rates in the world.

The hapless government, despite such drastic realities, has been unable to reach a deal for desperately needed funds with the International Monetary Fund, as the organization is leery of Lebanon’s endemic economic mismanagement and reputation for corruption. So the former pearl of the Middle East was already an economic basket case, even before this week’s tragedy.

Beneath all this economic haplessness lies fundamental political dysfunction, both within and without. Geostrategically, Lebanon is deeply unlucky to share its borders with both utterly chaotic Syria as well as long-time nemesis Israel, with which it is still technically at war. Even after the brutal, complex civil war of 1975-1990, its two neighbors occupied swaths of Lebanese territory for close to a further 20 years. While one can have only limited sympathy for Lebanon’s elite, it is also true that it is next to impossible to run a country whose basic territorial boundaries are incapable of being secured.

If the country is threatened from without, amounting to a failed state, major political parties within the country also fail to put Lebanon first. The Iranian-backed Hezbollah, often the kingmakers of Lebanese politics and always a major force to be reckoned with, are far more interested as to what their financier Tehran desires than to the regeneration of the country as a whole.

For example, in 2013, in accordance with Iran’s wishes, Hezbollah chose to fight alongside the discredited Assad regime in Syria, even though doing so served Iranian interests and predictably hurt those of its own country. Following Hezbollah’s intervention, a number of Gulf states leveled sanctions against the Lebanese government, hitting both its vital tourist industry and halting remittances, another major source of income as more Lebanese live abroad than actually reside in the country.

In further disregard of Lebanese national interests, predictably and catastrophically, 1.5 million refugees from the Syrian conflict came over the border, swamping the country. So even within Lebanon, one of its major political parties demonstrably does not champion the beleaguered country’s own interests.

Things finally came to a head in October last year, when, with people utterly disgusted by all of this, major protests arose in more than 70 Lebanese towns, decrying endemic corruption, endless austerity without gain, and even the country’s lack of basic infrastructure; in Lebanon, the tap water is not safe to drink and electricity blackouts are a way of life.
The young man was right, Lebanon is cursed. But more by its feckless leaders than bad luck.