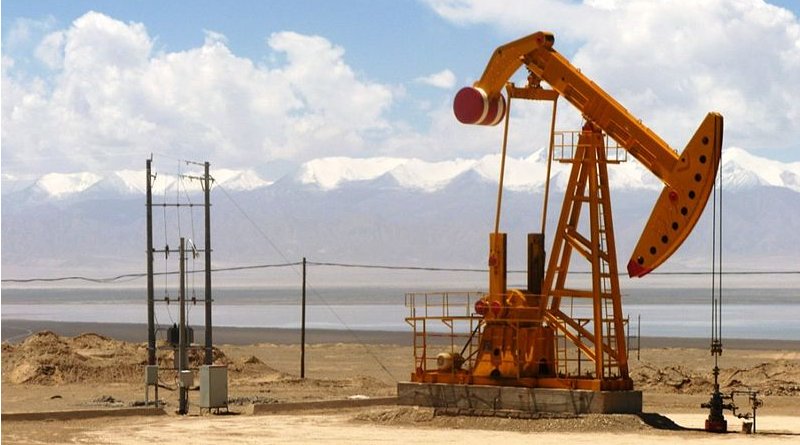 China’s biggest energy shakeup in years has turned into a guessing game as analysts wonder why the state agreed to pay so much for assets that it already owns.

The sale of PetroChina’s domestic pipelines, storage facilities and import terminals will include a cash payment of 119.2 billion yuan ($17 billion) in addition to a 29.9-percent stake in the new pipeline authority.

The news was quickly followed by reports that Sinopec, the second-largest national oil company (NOC), had struck a deal to sell its pipelines and related “midstream” assets to PipeChina for 122.7 billion yuan ($17.5 billion).

Sinopec will receive 52.7 billion yuan ($7.5 billion) in cash and a 14-percent stake in the new company, Argus Media said.

Taken together, PipeChina was expected to shell out some $56 billion by Sept. 30, with yet another deal to come for midstream assets of the third-ranked NOC, China National Offshore Oil Corp. (CNOOC).

In broad brush strokes, the long-awaited rebundling of transport assets represents a major reform that was designed to end the NOCs’ control over pipelines, opening access for independent investors to increase China’s oil and gas production.

The government’s push for third-party access is part of a larger plan to spur domestic output, particularly for gas, at a time of growing dependence on imports and energy security concerns.

Since 2014, the National Energy Administration (NEA) has issued a series of measures to ease the NOCs’ grip over pipeline access without success, according to a recent research paper on China’s energy transition.

The slow pace of reforms has been seen as a sign of the NOCs’ political power despite the state’s ownership and ultimate control.

“It would appear that strong support for the NOCs persists at the highest levels of government, most probably because of the non-commercial obligations they retain,” said co-authors Sufang Zhang of the North China Electric Power University’s School of Economics and Management, and Philip Andrews-Speed at National University of Singapore’s Energy Studies Institute.

At the outset, the value of the deals has been open to question, as numerous reports have cited the premiums that PipeChina would pay to the NOCs.

According to Bloomberg News, PetroChina will be paid 1.2 times the book value of its assets while Sinopec will get 1.4 times the asset value.

The government has given no explanation for the windfall payments to the NOCs for the state-owned assets that are being transferred to PipeChina, another state-owned enterprise (SOE).

“It is unclear why PipeChina may have overpaid,” said another Argus Media report that estimated the premium for Sinopec’s assets as 43 percent.

In an email message, Andrews-Speed said the deals seem to be the product of complex negotiations with the NOCs, which will hold 46.8 percent of PipeChina, and the state-owned funds that own the remaining 53.2 percent.

“If this was in the ‘real world.’ the valuation would be based on present value or net present value. Since we have been given no information on future pipeline tariffs, I guess this was not possible to do,” Andrews-Speed said.

Some of the long-distance pipelines have probably been operating at a loss, potentially affecting their value and demands for compensation, he suggested.

“Though, why did Sinopec get a higher percentage of book value? I do not know,” he said.

Last December, the Communist Party-affiliated Global Times quoted a PetroChina official as worrying whether asset transfers “can go forward smoothly, without encountering opposition from the SOEs.”

Internal opposition to both asset transfers and third- party access suggests that the high premium payments may have been needed to overcome the resistance.

The bonuses could also be seen as a front-loaded subsidy to compensate for costly energy reforms to come.

In a statement, PetroChina said it expects to book a gain of 45.82 billion yuan ($6.5 billion) from the asset sales, which it will use to pay dividends and for capital expenditures, Reuters reported.

The list of shareholders in PipeChina comes as something of a surprise, since previous reports had cited only the three NOCs and the State-owned Assets Supervision and Administration Commission (SASAC), the primary overseer of China’s centrally-administered SOEs.

Instead, the shareholder roster includes a range of state- owned holding companies, investment funds and even the national social security fund with stakes ranging from 2 percent to 12.87 percent.

The diversification suggests that the government was forced to dip into various pockets to make the payments to the NOCs.

How much has been accomplished remains to be seen, however, since CNPC PetroChina will be PipeChina’s largest shareholder by far. SASAC will hold only 4.4 percent.

“Upon completion of the transactions…, PipeChina will become an associated company of (PetroChina),” according to PetroChina’s statement.

Not only assets are to be transferred, but the entire business units that run them along with the personnel, potentially leaving the door open to continuing NOC influence over decision-making despite the state’s ownership.

Some industry reports raised doubts about whether the goal of third-party access would be achieved.

The effects of restructuring may become clearer when the government gives a fuller account of its energy reforms in its 14th Five-Year Plan for the 2021-2025 period.

Market reforms for energy pricing have been promised, but pipeline tariffs and PipeChina’s midstream profitability could be important variables to keep consumer costs under control.

In the parallel development of electricity reforms, the government has turned at times to the State Grid to deliver lower rates to industrial consumers as part of its effort to spur economic growth, leaving the midstream segment to absorb the costs.

The government has yet to make clear whether or how it plans to make PipeChina profitable.

Analysts have also questioned whether a change in the form of pipeline ownership will lead to the boost in domestic oil and gas output that state planners seek.

China’s production has been hampered by high costs and difficult geology that make imports more attractive. Reorganization under PipeChina may only open the door to more imports, experts say.

“The launch of a new national pipeline firm … may encourage an increase in LNG imports if third-party access does become more available and affordable,” Argus said in an analysis in December.

Michal Meidan, director of the China Energy Program at the Oxford Institute for Energy Studies, also sees imports as having a potential advantage with open access.

“Third-party access could increase import dependence as new entrants will want to import natural gas, especially if they can secure contracts based on current spot prices,” Meidan told RFA earlier this year.

Home » China: Why Did State Pay So Much For Assets It Already Owns? – Analysis