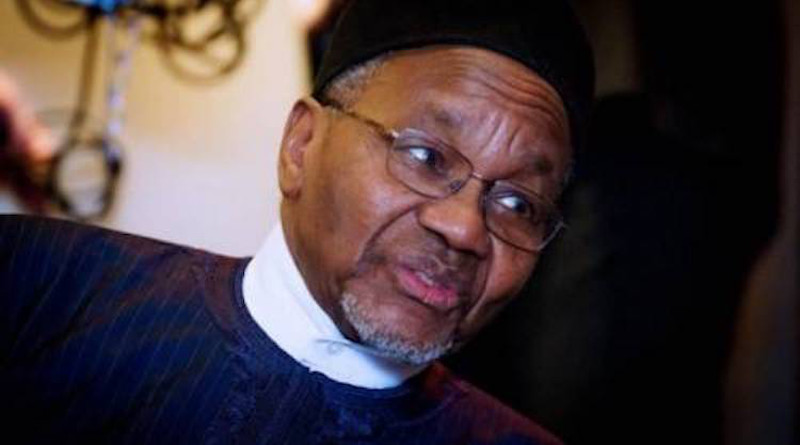 I’ve been amused by the strenuous efforts to explain exactly what Mamman Daura, President Muhammadu Buhari’s nephew, meant or did not mean when he said that rotating the Presidency was no longer useful.

Daura told the BBC Hausa service on July 28 that Nigeria’s next president should be chosen on merit, not on a “turn-by-turn” arrangement, a sarcastic reference to a political system that prioritizes tribe.

But the statement caught fire. Afenifere, a socio-cultural group based in Nigeria’s Southwest, said it was Buhari giving a hint through his nephew that the North may wangle a Northerner as the next president.

Ohaneze, another socio-cultural group based in the Southeast, cried foul. Why didn’t Daura talk about competence when his nephew was contesting? The group described Daura’s comment as a ploy to “rob” Igbos, the third-largest ethnic group, of their “turn.”

I don’t see the need to split hairs over Daura, because at the end of the day, the vote would not be won or lost by one man’s opinion. It would be decided by majority vote, which as it stands today, speaks louder and more tellingly than Daura in favour of a Northern candidate.

From the register of the Independent National Electoral Commission (INEC), there are roughly six million more registered voters in the North than in the South, but actual voter turnout tends to show a significant disparity of 2:1 or more in favour of the North. Not only do Northerners have the numbers, they also vote more.

When Governor Nasir El-Rufai in Nigeria’s Northwest state of Kaduna, said in February that he thought the next president should come from the South, he was widely applauded by the Southern elite because that was what they wanted to hear.

They didn’t bother to ask the question, which South or whether in fact, there’s a provision in the Constitution of the ruling All Progressives Congress (APC), that guarantees zoning for the presidency.

The two major political parties – APC and PDP – have internal zoning arrangements, often observed in the breach, for filling petty party vacancies. When the stakes are high, however, the bets are off.

Southwest and Southeast political elite simply appropriated what El-Rufai said, believing that as it happened in 1993, 1999, and 2011, when the North backed Southern candidates, the magic will happen again.

It will not. And it has nothing to do with Daura but everything to do with the significant changes in electoral math that has occurred in the last two general election cycles and which could occur again if politicians don’t pay attention to what matters.

Once upon a time, there was the fable of the electoral tripod – a suggestion that you couldn’t form a national government except by having a leg in each of the pre-1966 regional structure of North, West and East.

That fable has been unravelling, initially undone by military rule, but quickly eroded by years of significant demographic changes and gerrymandering more fatal for Southern presidential hope than anything Daura said or meant to say.

Even the Southwest the bastion of his support outside the North, came fourth. Insiders suggest that Lagos may have been a victim of a conspiracy of vote-suppression, but this conspiracy, if it is true, may have backfired as it didn’t stop mockery by politicians outside the zone that the Southwest was all mouth and little electoral value.

While 6.5million registered to vote in Lagos, the region’s biggest vote bank, only one million or 17.2 per cent actually turned out for the presidential poll, leaving the gap between Buhari and his challenger Atiku Abubakar at 132,000 votes in the state, and 292,000 votes in the entire region of six states.

Although Southwest votes were slightly higher in 2015 than they were last year, and perhaps more consequential, it was again the block votes from the Northwest and Northeast, that sealed the fate of incumbent Goodluck Jonathan and delivered victory to the challenger, Buhari.

Even if APC decides today to silence Daura by anointing a Southern candidate – a move that the PDP would certainly take advantage of by picking a Northern candidate and a running mate from the Southeast – it is improbable that the current electoral math, not to mention the security system, will work in favour of such a candidate.

I know that it happened before – in 1993 when MKO Abiola received widespread support in the North and even defeated Bashir Tofa on his own turf. I know that it happened again in 1999 when the Northern establishment rallied to install President Olusegun Obasanjo, and 11 years later when it reluctantly lined up behind Jonathan after the unexpected death of Umaru Yar’Adua.

But Nigeria is a far more divided country today than it ever was, broken by politics, religion and insensitive leadership that have forced many to hide in tribal bunkers.

More than at any other time in the last 20 years, the economy and insecurity are also big issues. With the population growth rate outstripping GDP; over 50 percent of the half a million yearly graduates from Nigerian higher institutions unemployed or unemployable; and the Boko Haram insurgency proving intractable, not to mention the double jeopardy caused by COVID-19, qualification for the next president would be more than a single story.

Those who have lashed out at Daura have done so because they cannot genuinely understand why competence should be the new golden standard for the next president, but not a requirement for how Buhari was elected, how he governs or how he makes his appointments. Fair point. And who says that competence and equity are mutually exclusive?

But this is where the argument ends. Flogging the issue might win social media eyeballs but would hardly translate to victory at the polls. Even if Daura eats his words today and becomes the champion of a Southern candidate, it means nothing.

What will make the difference is not Daura’s benevolence, but advocacy that targets changes in electoral behaviour and galvanises civil society and the general public against the misuse of security agencies to perpetrate violence at the polls? It’s also time now to start the electronic transmission of results from collation centres, at least on a pilot basis.

Northerners tend to take their civic duties, especially voting, more seriously than do Southerners. In spite of the devastating impact of the Boko Haram insurgency in the region in the past ten years or more, the region continues to record relatively high voter turnouts.

Some have attributed this to under-age voting, but evidence suggests that politicians will rig using under-age children or palm-kernel nuts, wherever they can get away with it. On the whole, Northerners are still more inclined than others to endure the inconvenience and hardship and travel long distances back to their home bases to vote during elections.

With improvements in technology, it should be possible for voters to cast their ballots from locations other than where they are registered, to reduce the hazard of travelling at election time and apathy. There have been improvements in voter registration, especially with the introduction of continuous registration, but the law needs to be amended to accommodate out-of-station voting. Areas of electoral officials’ discretion and paperwork should also be cut down to make registration, voting and vote monitoring easier.

Politicians interested in free, fair and transparent elections should invest their effort in these things instead of losing sleep over Daura.

Misuse of security officials has also proved to be another major area of concern during polls. Security officials think they have a duty to help the incumbent, or the candidate backed by Abuja, to win at all costs.

Since attempts to check the excesses of Federal security agencies during elections have failed, I think regional security outfits by the states must demand a role in managing election security. Perhaps, a balance of terror might, in addition to vigilance by civil society, help to produce the atmosphere required for free elections.

Yet, if 2020 has taught any lessons so far, it’s that 2023 is still a long road, full of twists, turns and uncertainties. Those who need their heads later must take care not to lose it too early in the game, whatever Daura or anyone else might say.

*Azu Ishiekwene is the Managing Director/Editor-In-Chief of The Interview magazine based in Abuja, Nigeria.