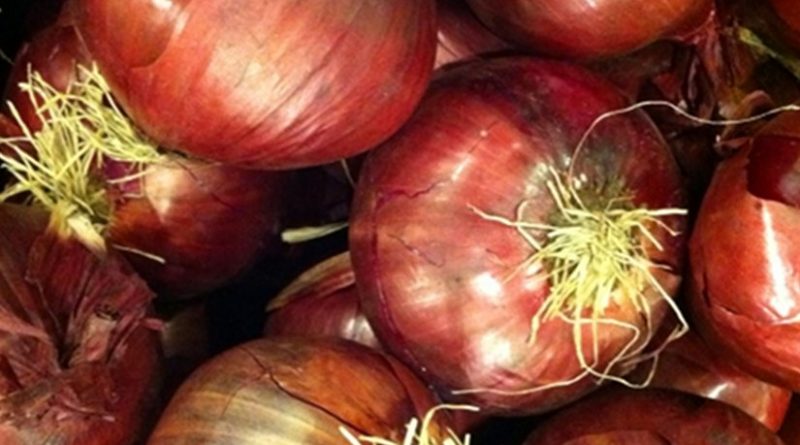 Onions comprise less than 1% by value of India’s agricultural production. The average Indian consumes less than 800 grams of the stuff per month. The onion is a seasonal fruit. Supply traditionally dips during July to September as only the stored winter crop, harvested around March, is available for consumption.

India is the second largest producer of onions after China. We produce more than we need and export around 10% of production unless weather events adversely impact the crop. This year unseasonal rain, during harvesting, damaged the winter crop.

Demand is relatively inelastic. Why don’t consumers say no when prices increase? First, onions are to palates in the North, Central and Western parts of India, what fish is to Bengal and curry patta and coconut is to the South. Food, chips even Uttapams taste better with onions. Onion, like Garlic, is also valued for its therapeutic value. Second, onions give a big bang for the buck. An average family spends around Rs 100 per month on the stuff. If price doubles, the burden is irksome but not a killer. Just economizing on pre-paid phone calls can make up the difference. But onion is the key savory for low income households.

The fuss about onions is more about politics than economics. The political footprint of onions was established in the 1980 elections. Mrs. Indira Gandhi, on her comeback trail, after her post-emergency election debacle, shrewdly used the price rise in onions to drive home how uncaring of the ordinary person and how incompetent, the government of then Prime Minister Chaudhary Charan Singh had become. This clicked. The Congress won 67% of the Lok Sabha seats. In 1998, a sharp price rise in onions, dethroned the BJP government of Chief Minister, Madanlal Khurana in Delhi thereby establishing a new metric for good governance – the price of onions.

Delhi Chief Minister Arvind Kejriwal has fingered the Union government for failing to control hoarding and speculation leading to the current price rise. Delhi government flooded Delhi markets in mid-August with onions at Rs 30 per kg. It plans to hold the price line just below Rs 40 per kg through public sector retail supply versus a market retail price of Rs 70 to 80 per kg.

Union government on the back foot

On July 2, when wholesale prices were still around Rs 20 per kg in Lasalgaon, Maharashtra-India’s largest onion mandi, the Union government brought onion under the Essential Commodities Act, thereby enabling stock limits to be enforced on wholesale agencies. It also enforced a Minimum Export Price of Rs 30 per kg to discourage exports.

In today’s intensely adversarial, no-holds-barred competitive politics no government can ignore a public challenge. The traditionally business friendly BJP government, at the center, is particular sensitive when “hoarders” are fingered for the price rise. Maharashtra, Madhya Pradesh, Gujarat, Haryana, Andhra Pradesh and Punjab- all BJP/allies governed states – account for more than 60% of national onion production.

Per a NCAER 2014 paper selected productivity enhancement can boost roduction. Three big onion producing states- Maharashtra, MP and AP- account for 50% of production but produce less than 17 kilo gram per Hectare against 27 and 21.5 kg/Ha in Gujarat and Punjab respectively. Again all three are ruled by BJP/NDP. Increasing productivity in just these three states can boost production by 20% ensuring sustained exports and no domestic shortages. Doing more on reducing the trade margin (better storage, faster transportation, lower market fees) can also leave more of the money with farmers whilst lowering domestic prices.

Clearly the government needs an effective and transparent mechanism, which provides the right price signals and rationalizes expectations for both farmers and consumers.

Increasing the Minimum Export Price, as the government has done again this year, is the standard response. But such intervention in the market, even as it helps consumers by diverting supply to the domestic market, robs farmers of the gains from export. It also disrupts any attempt to develop export markets. Similarly, importing onions to keep consumer price low reduces the incentives for farmers to grow onions.

But both these options are less intrusive than using the public procurement and subsidized retail supply template used for food grain. Such publicly managed mechanisms are invariably highly inefficient and ineffective with cascading losses in procurement, storage, transportation, distribution and retail sale. Sometimes inept government managed imports flood the market after the seasonal supply dip has passed and just as the new crop arrives- with disastrous impact on farmers’ incomes.

Can private distribution agencies do better?

Why not appoint a private trading agency for marginal but politically sensitive food crops, mandated to import, export or arrange for domestic distribution to balance market led demand and supply and keeping retail prices within a pre-defined retail trading band, which meets the twin needs of both farmers and consumers. This is what the RBI does for our currency to avoid excessive volatility.

Private trading agencies would charge a hefty commission for their services but it would be considerably less than the cost of direct administrative action to purchase, stock and supply onions along the Food Corporation of India model.

Alternatively, use onions as a vehicle for building bridges with our neighbours – particularly Pakistan, which loves the stuff almost as much Punjabis. Why not negotiate a stand- by, bilateral onion supply agreement to meet onion deficits in either country on preferential terms? A similar arrangement is possible with our larger northern neighbor- China whose onion productivity exceeds ours’s. Onions can add a savory flavor to Track 1.5 – B2B- diplomacy.

Isn’t it high time the government bit the political bullet and said no to being bullied about the price of onions? They are not a necessity, which the sovereign is obliged to supply. The Jains don’t even touch the stuff.

To show that onions are dispensable, the entire cabinet should voluntarily say no to fresh onions during the lean period. PM Modi could launch a social media campaign to entreat well-off folks to substitute fresh onions with dried ones or switch to other seasonings, during the lean period. This can reduce demand and hence prices for those, to whom onions are the only savory they can afford other than salt and chilies.

The core of sustainable living is to adapt to what is seasonally available locally, rather than store, pack, can or transport food compulsively to cater to a menu plan made universally available but at a high cost to the environment.

But the catch is that Bihar is a big consumer of onions. People are unlikely to be amused if they can’t get their daily fix of onion, before they go to vote in November. This is one election the BJP needs to win. Visible, strong, centrally managed administrative action to lower retail prices is therefore likely to win over better options – after all the metric of good governance has to be met.

*The writer is a Distinguished Fellow at Observer Research Foundation, Delhi. This article is adapted from the authors article in Asian Age August 31)