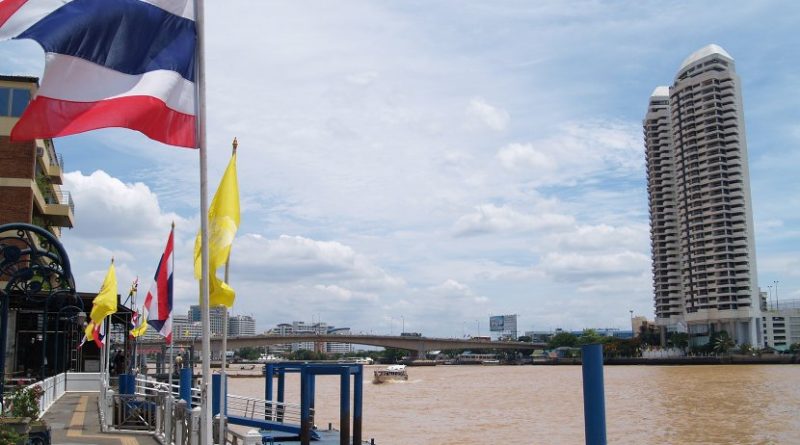 Asia-Pacific Climate Week in Bangkok, Thailand (APCW 2019) wrapped up on Friday, with participants agreeing a set of key takeaways on what steps urgently need to be taken for the region to be able to profit from the advantages of the transition to low carbon and resilience and the worst impacts of climate change.

The compelling social and economic reasons to rapidly shift to low-carbon and resilience were outlined by high-level speakers who warned that current levels of ambition to tackle climate change are insufficient, putting the world on a path towards global warming of more than 3 degrees Celsius.

A key takeaway was that Asia-Pacific Region can lead the global transformation in line with a 1.5 Celsius, climate resilient world. Holding the global average temperature rise is the central goal of the Paris Climate Change Agreement.

Participants at the gathering agreed that the transformation to low carbon and resilience in Asia can be driven not only by governments, but by dynamic subnational regions and cities, an innovative private sector, political leadership and finance.

Over half of the global population of 1.8 billion young people live in the Asia-Pacific region, whose future is at stake.

The messages will be an important input to the Climate Action Summit convened by the UN Secretary-General on 23 September in New York. The results will also help build momentum towards the UN Climate Change Conference (COP25) that will take place in Santiago, Chile, 2-13 December 2019.

Countries are currently designing enhanced national climate action plans under the Paris Agreement (Nationally Determined Contribution, or NDCs) and the Summit in New York will be an opportunity for governments and many climate action players to announce new plans and initiatives before the NDCs are communicated to the UN in 2020.

The Bangkok gathering included an “NDC Dialogue” for the Asia-Pacific Region. At the dialogue, government representatives highlighted the importance of providing economic incentives such as the creation of quality green jobs, whist ensuring there is a just transition to low carbon, with nobody left behind.

Climate change adaptation planning and finance were a key theme throughout APCW 2019, with a focus on communities and ecosystems that need it most.

On the issue of building resilience to climate change, representatives of indigenous peoples from the Asia-Pacific region and academics as well as other stakeholders with diverse backgrounds engaged at an event where they stressed the need for a shift in mindset in the fight against climate change.

The group proposed concrete pathways to help transform societies to achieve long-term resilience for all.

Other issues discussed at APCW 2019 were carbon pricing, the enhanced transparency framework, capacity-building and regional climate finance, above all for highly vulnerable nations.

The UN Climate Change Secretariat is assisting 10 sub-regions involving 77 countries in Asia Pacific, Africa and Latin America and the Caribbean in preparing strategies to access scaled up climate finance.

Next year a new Regional Climate Week in the Middle East and North Africa region will take place in the United Arab Emirates and will be delivered in collaboration with the World Green Economy Organization (WGEO), the hosting organization for the UN Climate Change Regional Collaboration Centre based in Dubai, for the MENA region and the South Asian region.

Home » Asia Can Lead Global Transformation Towards Low-Carbon And Resilience