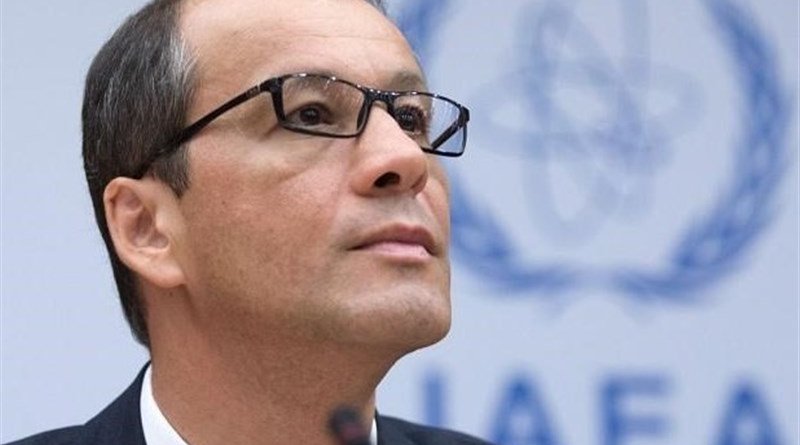 The acting head of the United Nation’s nuclear watchdog, the International Atomic Energy Agency (IAEA), is in Iran to meet with senior officials of the country.

Cornel Feruta arrived in Tehran on Sunday morning to hold talks with high-ranking officials of the Islamic Republic over the 2015 nuclear deal, known as the Joint Comprehensive Plan of Action (JCPOA).

Kamalvandi earlier in the day announced details of the country’s “third step” in reducing commitments under the JCPOA.

Back in July, Iran had declared the second step to reduce its commitments by ramping up the level of uranium enrichment to over 3.67 percent.

Iran maintains that the new measures are not designed to harm the nuclear deal but to save the accord by creating a balance in the commitments.

The accord took effect in January 2016 and was supposed to terminate all nuclear-related sanctions against Iran all at once, but its implementation was hampered by the US policies and its eventual withdrawal from the deal.

On May 8, 2018, US President Donald Trump pulled his country out of the nuclear accord.

Following the US withdrawal, Iran and the remaining parties launched talks to save the deal.

However, the EU’s failure to ensure Iran’s economic interests forced Tehran to stop honoring certain commitments, including an unlimited rise in the stockpile of enriched uranium.

Kamalvandi recently said that the country’s enriched uranium stockpile has reached 360 to 370 kilograms.