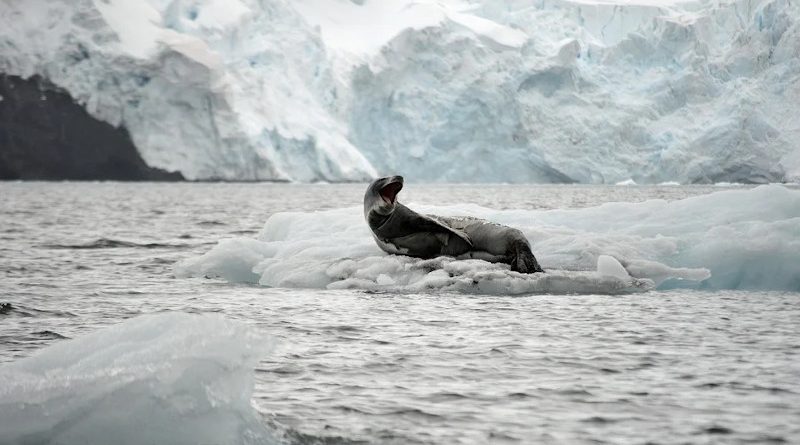 A New Zealand-led international study published in Global Change Biology, reveals how climate change may impact seals in one of the most remote ocean regions in the world, the Weddell Sea.

With funding from Pew Charitable Trusts, the University of Canterbury-based team engaged thousands of citizen scientists over a few years to search for Southern Ocean seals– crabeater and Weddell seals – using satellite images. “We found that Weddell and crabeater seals breed close to where they can find food,” said says Dr Mia Wege, lead author previously based at UC, but now a lecturer in Zoology at the University of Pretoria in South Africa.

The interesting part of their findings relates to how climate change will affect these breeding locations differently. “Because of climate change, crabeater seals will be increasingly challenged to find a place to rest and raise their young, in addition to having less food available to them. Very surprising of these results are that in the Weddell Sea, Weddell seals, on the other hand, are expected to be minimally affected in the near future, which is the opposite from what is happening elsewhere around Antarctica” adds Dr. Wege.

“Our ultimate goal was to use these two very unique datasets, created in New Zealand by UC scientists, as part of a set of monitoring techniques for marine protected areas in the remote and mostly ice-covered Southern Ocean to conserve seals and other wildlife,” continued Dr. Wege.

The team’s results point to the specialist nature of the crabeater seals making them more vulnerable to climate change impacts. Crabeater seals prefer to breed on the unstable and short-lived ice that is drifting on the sea, called “pack-ice”. They raise pups on these ice floes in the middle of the ocean – if that platform melts away, that’s less space the seals would have to raise their young. Weddell seals breed on fast-ice, which is ice that is fastened to the Antarctic continent –a more stable breeding platform.

Crabeater seals are picky eaters, the vast majority of their diet (>90%) consists of Antarctic krill.  If climate change also affects the seals’ prey available in the ocean, a reasonable assumption, it’s the crabeater seals who are more likely to suffer. Crabeater seals can’t switch to anything other than krill. Evolution has made them a very specialized predator. Their teeth are shaped so that they are perfect sieves for krill. The unstable ice floes and specialized diet put together are not a good sign for the future of the species. Though the Weddell Sea is not as harshly affected by climate change compared to the Antarctic Peninsula, current research shows that even in this relative “safe haven”, crabeater seals are already at risk of losing breeding and feeding habitat.

Weddell seals, on the other hand, are more flexible in their diet, eating fish, krill, and squid. Their presence is mostly influenced by non-climate related factors such as distance to the continental shelf where prey tend to aggregate. The Weddell Sea may still have enough food resources to sustain the current populations of Weddell seals.

Global leaders are considering protecting over 2.2 million square kilometers of the Weddell Sea this October when the Commission for the Conservation of Antarctic Marine Living Resources (CCAMLR) annual meeting takes place. “Clearly, any planning to protect the Southern Ocean ecosystem should take into consideration these differences. There are no easy answers.” stated Dr Leo Salas, a collaborator from Point Blue Conservation Science, a non-profit organisation from California dedicated to developing climate-smart science for conservation.

These facts “evidence that different species will be exposed to impacts from climate change differently,” said Dr. Michelle LaRue, principal investigator of the study from the University of Canterbury, in New Zealand. “Our takeaway message here is that if we want to mitigate population declines for ice-loving seals as the climate continues to warm we need to be working now to set aside marine protected areas to ensure longevity of these species and their ecosystems.” Dr. LaRue concludes.

“Our findings shed light on how these marine predators respond differently to climate change based on their unique ecologies. Most importantly, our study once again shows how these species can provide information about the entire ecosystem, and how valuable they are as sentinel species, especially when we are thinking of ways to monitor the effectiveness of marine protected areas – they certainly are more than just cute faces,” says Dr Wege.