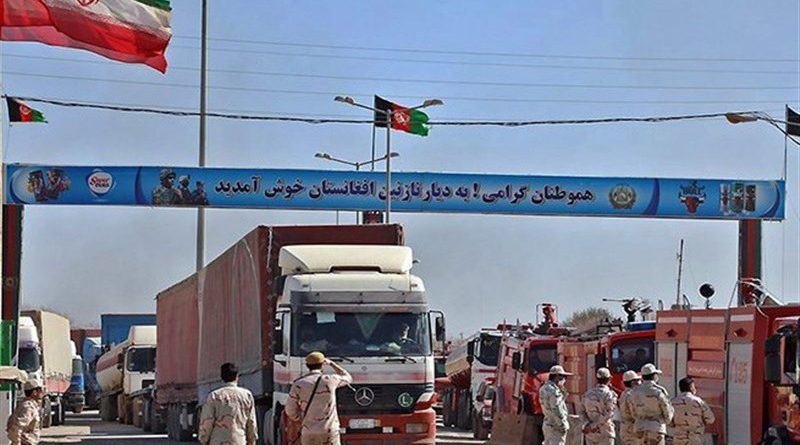 A senior official with the Iranian Ministry of Industry, Mining and Trade (MIMT) said steel exports to Afghanistan have resumed after a two-week hiatus.

“Due to the Taliban war, steel exports to Afghanistan faced problems for two weeks, where trucks were stranded at the customs. The situation was very grave and drivers were not taking risks,” said Seifollah Amiri, managing director of the MIMT’s mining industries office.

“But fortunately, the exports have resumed and the problem has been solved and trucks are passing through the customs,” he added.

Afghanistan relies on Iran for transit route and imports including fuel. Iran is Afghanistan’s largest trading partner, with around $2 billion in bilateral trade each year, nearly a third of Afghanistan’s total trade volume. They share a 570-mile border that includes several lucrative trade routes.

After the Taliban overrun, local Afghan authorities called for an increase in Iranian fuel supplies to the country where the lightning developments triggered a spike in gasoline prices.

They even cut customs tariffs for imports of diesel, petrol and gasoil by as much as 70 percent, an Iranian official said at the time.

According to customs officials, all Iranian borders with Afghanistan have reopened and goods are transiting safely.

Nevertheless, question marks remain over the future of relations under Afghanistan’s new rulers, which could inevitably affect bilateral trade.

Leader of the Islamic Revolution Ayatollah Seyed Ali Khamenei touched on the subject last month, stressing that Iran would continue to support the Afghan people.

“We are on the side of the Afghan nation because governments come and go as in the past, but it is the Afghan nation that remains, and the nature of Iran’s relationship with governments also depends on the nature of their relationship with Iran. We ask God for goodness and salvation from this situation for the people of Afghanistan,” he said in a meeting with the new Iranian administration.

The Islamic Republic has spent millions of dollars on development and reconstruction projects in Afghanistan. It has built hundreds of kilometers of highways and railroads.

Tehran was one of the largest donors at a 2002 Tokyo conference, pledging more than India, Saudi Arabia, the United Arab Emirates, Turkey, Norway, Switzerland, Australia, and Pakistan combined.

Iran is also hosting around three million Afghans, including around one million refugees and two million undocumented migrants, according to the United Nations. Many of them have been residing for more than three decades.