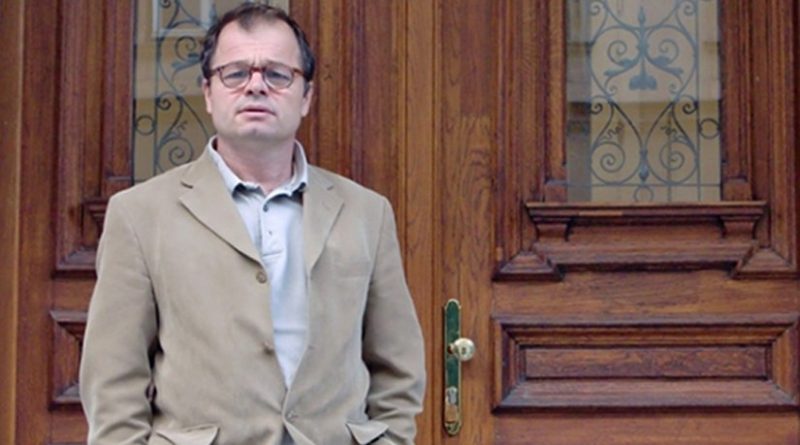 On Monday October 5, the Government of Austria jailed the Jewish journalist and historian Stephan Templ. The outright injustice of this case has been documented  in numerous articles.

Below, a video of his final moments in freedom, followed by an excerpt from the Daily Mail’s coverage of this judicial atrocity.

From the Daily Mail:

Mr Templ was prosecuted for defrauding the government on the basis that if his aunt had chosen not to claim her share it could have gone to the Austrian government.

He was sentenced to three years in prison after a judge ruled he had ‘damaged the Republic of Austria’ but this was reduced to a year on appeal.

This came even after Mrs Kretchmar told the court she would never have given the state her share.

Legal experts have condemned the ruling, saying that it was the obligation of the arbitration panel – and not Templ – to find the heirs.

Robert Amsterdam, a leading human rights lawyer who is representing Templ, said the case was an ‘affront to justice’ and ‘fraught with legal abnormalities’.

Seventy-five Holocaust historians have also signed a letter urging the Austrian government to overturn the sentence.

Templ told The Guardian’s Kate Connolly: ‘Owing to the fact that the state stole the property from my family, the obligation should be on them to track down the relatives.

‘Imagine the nightmare for my mother. She says it’s as if the Nazi persecution continues for her.’