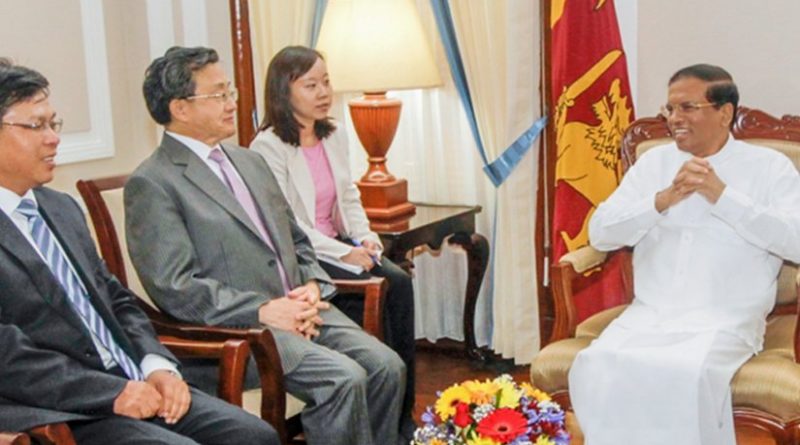 Sirisena recalling the long term friendship between China and Sri Lanka expressed his satisfaction over the fullest support extended to him, by the Chinese President and the government, during his visit to China.

Sirisena commended the Chinese support given to Sri Lanka at the Human Rights Council in Geneva. Sirisena said the task of taking Sri Lanka towards development has been commenced after the election.

Chinese Vice Foreign Minister Liu Zhenmin said that China treats Sri Lanka as an important country in South Asia. He added China will provide every support for the development of Sri Lanka.

Mr. Liu Zhenmin commended President Sirisena’s political leadership shown from the tenure of Mrs. Sirimavo Bandaranaike. He extended his congratulations on Sri Lankan government and the President for their initiatives to develop the country.

When Sirisena reminded him about the hospital for kidney patients, to be built under the assistance of Chinese government, the Chinese Vice Foreign Minister stated that a group of Chinese government officials are now carrying out a feasibility study and taking required steps on that regard.

Sirisena pointed out the importance of re-commencing the construction of the second phase of Hambantota Harbour which is built under the assistance of China.

Attention was also paid on the young politicians exchange program between the two countries.

Venus might not be a sweltering, waterless hellscape today, if Jupiter hadn’t altered its orbit around the sun, according to