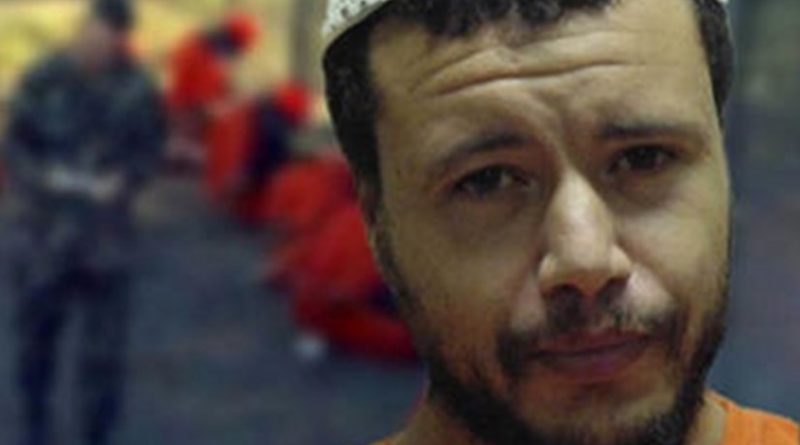 I’ve been so busy with the news of the planned release from Guantánamo of Shaker Aamer, the last British resident in the prison, that I have a few other stories to catch up on, one being the case of Younous Chekkouri (aka Younus Chekhouri), a Moroccan who was repatriated on September 16, but is now imprisoned and awaiting a trial, in defiance of the diplomatic assurances agreed between the US and Moroccan governments prior to his release.

Immediately after his release, as I wrote about here, Younous was imprisoned incommunicado, in an unknown location. His brother was then allowed to speak to him, and he “said he sounded OK and in good spirits.” However, on September 20, AFP reported that “he was under investigation on suspicion of terror-related offences and would appear before a public prosecutor,” noting that, in Morocco, terror suspects “can be held without charge for 48 hours, which is renewable once,” and Younous “could therefore appear in court on Monday [September 21].”

By September 21, he had has been “placed in ‘provisional detention’ in Morocco’s notorious Salé prison without bail.” He had been allowed to meet with a local lawyer, but the news was not good. Reprieve noted that he was “facing the possibility of charges of ‘attempts to disrupt the security of the country,’” which Cori Crider, his lawyer in London, described as “utterly baseless.”

Speaking to the New York Times last Thursday, Crider said that, before Younous was transferred home, “State Department officials had conveyed to Reprieve that the Moroccan government had promised to release him within 72 hours and did not intend to charge him with a crime.”

She also said that, at a hearing two weeks ago, “the judge declined to release him, setting another hearing Oct. 22 to decide whether to proceed with a prosecution” based on what Charlie Savage of the Times described as “his suspected conduct before his capture in Afghanistan in 2001.”

“We are extremely concerned that the government of Morocco’s explicit promises about the way it would treat Yunis [a reference to the name by which he is identified by the US, Yunis Shokuri] have not yet been honored,” Crider said, urging the Obama administration to “escalate” discussions with Morocco “to the highest level.”

Noting the importance of the treatment of Younous Chekkouri, Charlie Savage stated, “The credibility of diplomatic assurances about how prisoners will be treated is a key to the Obama administration’s ability to transfer lower-level detainees out of the prison, which President Obama wants to close before he leaves office in 2017.”

He also noted that, although lawyers for Guantánamo prisoners “usually cannot speak about diplomatic assurances related to the transfers of their clients because of a court-imposed protective order, unless the executive branch grants permission,” Reprieve made a sealed filing two weeks ago that was “apparently related to discussing diplomatic assurances in public and in Moroccan court.” Last Wednesday, the Justice Department issued a sealed filing in response, and on Thursday, Reprieve said it “was now permitted to say the following”:

On March 12, 2015, the State Department indicated to Reprieve staff at a meeting that their officials had received the following specific assurances about Mr. Chekkouri: that he would not be detained in Morocco for longer than 72 hours; that Morocco had pledged that it had no intention to lodge charges against Petitioner; and that Morocco had heard and accepted the stated view of the State Department that there was no cause to charge Petitioner with an offense.

In a further effort to help Younous, Reprieve asked the District Court in Washington D.C. to provide them with unclassified information about Younous — for use in the court in Morocco — from his habeas corpus hearings, which appear to have been protracted and inconclusive, but which, as Reprieve described it in a court filing quoted from below, “essentially eviscerated every allegation” the government made against him.

Between 2008 (when the Supreme Court granted the prisoners constitutionally guaranteed habeas corpus rights) and 2010, judges granted the habeas corpus petitions of 38 prisoners, but the appeals court reversed or vacated nine of these rulings, and the judges also changed the rules, insisting that the lower court had to regard any evidence presented by the government as reliable unless lawyers for the prisoners could prove otherwise, with the result that no further habeas petitions were granted.

In an unsealed filing, Reprieve noted that Salé prison “is infamous for torturing prisoners,” and was the location where “the Moroccans tortured Noureddine Nafia,” Younous’s brother-in-law, creating “false evidence” about the GICM (Groupe Islamique Combattant du Maroc), a group described as “fictive” and as a “supposedly Islamist group,” even though it has a “colonial French name.”

Reprieve also explained that they had “learned that Mr. Chekkouri now faces possible prosecution on the basis of the same spurious allegations that were withdrawn against him in this very case half a decade ago,” adding that “this is inconsistent with the course of events that Petitioner reasonably expected when he decided, with counsel, not to challenge his refoulement to Morocco. None of this was meant to be necessary. Urgent action to ensure that Petitioner’s reasonable expectations are met, along with urgent release of exculpatory information that is on record with this Court, is now Mr. Chekkouri’s only chance of avoiding torture and years more of prison based on false allegations.”

Reprieve also noted that no “exculpatory information” has ever been released to Younous, despite the fact that he has been asking for documents to be released for nearly six years. As Reprieve noted, “The only possible explanation for this delay is that Respondents have devoted effectively no resource to the declassification of these pleadings. The Government is entirely able to process a public version of these documents on the necessary time frame; it is simply a question of prioritization. With Petitioner now in a Salé cell facing, effectively, an unfair retrial of the same allegations, it is vital that he have access to as much defense material as possible as soon as possible.”

Reprieve also noted, “This is also not the first time Petitioner has raised the risk of an unfair trial against him on the basis of long-disproven allegations. Petitioner and the Government have long known of this risk for the simple reason that it happened to another Moroccan man: Said Boujaadia. Mr. Boujaadia (formerly ISN 150, a former Reprieve client) was repatriated from Guantánamo Bay to Morocco on April 30, 2008. He was subsequently prosecuted by Moroccan authorities on the basis of what he reported were near-identical allegations as those he had faced in Guantánamo. In the subsequent trial he had no meaningful access to any exculpatory evidence, and a Moroccan court sentenced Mr. Boujaadia to ten years’ imprisonment.”

They added, “Here the matter is even more stark than it was in Mr. Boujaadia’s case: Mr. Boujaadia had been a defendant in the flawed military commissions [in the trial of Salim Hamdan], but had not had the allegations against him properly tested in federal court. Mr. Chekkouri, however, has tested those allegations. He has had a full hearing in habeas corpus. That test of evidence essentially eviscerated every allegation. Petitioner merely seeks this Court’s assistance in making his case a second time, as he will have to as matters current[ly] proceed. There is something deeply un-American about a process where the government may level accusations against Petitioner in public, and then insist that all “evidence” that might refute this nonsense should remain secret.”

In conclusion, Reprieve also stated, “Although the habeas hearings in this case were some years ago, the Court may recall that the Government’s original Factual Return bore as much resemblance to the final case that the government pressed as a bull mastiff to a Chihuahua. There is no need to debate the obvious fact that the ‘evolution’ of the evidence would assist any defense of Petitioner to demonstrate that he was no part of any terrorist group, Moroccan or otherwise.”

They added, “Time is of the essence. It is apparent that the allegations made against Mr. Chekkouri in Morocco now, for which he may shortly be forced before a patently unfair trial, will overlap to a considerable extent with the earlier, disproven case against him. This is precisely what happened to Mr. Boujaadia. Counsel is urgently seeking to obtain further detail about the precise nature of the evidence against Mr. Chekkouri from Morocco, but local counsel have not yet been permitted to see the prosecutorial file.”

Unfortunately, but predictably, the Justice Department responded by urging the judge not to grant Younous’s request, in a long-winded and obstructive manner that will not be surprising to anyone who has studied closely the Justice Department’s relentless efforts not to do anything to help with the president’s planned closure of Guantánamo.

If you can bear it, check out the following passages for confirmation:

The Guantanamo habeas litigation has involved the filing of many hundreds of classified filings or documents, many of them hundreds of pages in length and involving numerous classified exhibits. The interagency process for preparing public versions of habeas case filings involves several federal agencies’ classification review teams and is both time-consuming and resource intensive. Each page of these documents must be closely scrutinized by multiple agencies before a public version can be created. The teams also perform numerous tasks that must be accomplished concurrently along with the classification review of habeas case filings. Specifically, the same personnel are responsible for an extensive portfolio of work that requires them to review and process an enormous volume of material needed to support the ongoing Guantanamo habeas litigation as well as the prosecutions (both pending and those still contemplated but not yet filed) before military commissions administered by OMC, and the reviews and hearings now being conducted by the PRB. They must assist in reviewing and clearing evidence for the habeas litigation and commission proceedings and also assist in processing motions, briefs, opinions, orders, videos, and transcripts of proceedings, for public release in federal district courts. Additionally, certain of the agency teams handle the review and production of detainee-related material requested under the Freedom of Information Act (“FOIA”) and are involved with several detainee-related FOIA suits in litigation before this and other federal district courts, as well as other matters. The priorities in these classification reviews are often subject to tight deadlines and at times conflict.

In conclusion, I think Younous deserves much better treatment than the Justice Department is prepared to offer, and I wish Reprieve every success in persuading the Moroccan government to abandon its case against him.